Even climate deniers should be receptive to a carbon tax that is more than offset by reductions in other taxes. The total tax burden would be lower and we would be buying insurance against the bad effects of climate change. So argues Prof. Laurence Kotlikoff in The Hill. More.

The Federal Reserve is paying banks 2.35 percent on their reserves. Banks are paying depositors only 0.06 percent. Competition would eliminate that gap and sensible reform would eliminate the risk of another Great Recession, says economist Laurence Kotlikoff. He points to a “narrow banking” reform, which he first proposed with John Goodman in The New Republic ten years ago. More. 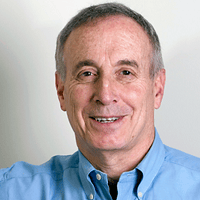 If you have children, the quality of schools is critical. But, in general, the question … END_OF_DOCUMENT_TOKEN_TO_BE_REPLACED

Like many Americans, I’d support any of the more than 20 Democratic presidential candidates over … END_OF_DOCUMENT_TOKEN_TO_BE_REPLACED

Laurence Kotlikoff, The $3.4 Trillion Retirees Aren’t Getting From Social Security

In his latest column on the subject, Prof. Kotlikoff says Social Security underpaid close to 10 thousand widow(er)s now over age 70 some $130 million and is underpaying each new cohort of widow(er)s reaching age 70 roughly $10 million. More.