Effects on Benefits, Taxes, and Wages

Like other economic estimates of the Biden economic plan, the Kotlikoff analysis finds that the impact on 80 percent of the population is a small, positive number, averaging only a few hundred dollars a year. This reflects Biden’s proposed increase in Social Security benefits for those living to age 78 and beyond, the expansion of the Earned Income Tax Credit, the provision of larger child tax credits, and a larger Child and Dependent Care tax credit. 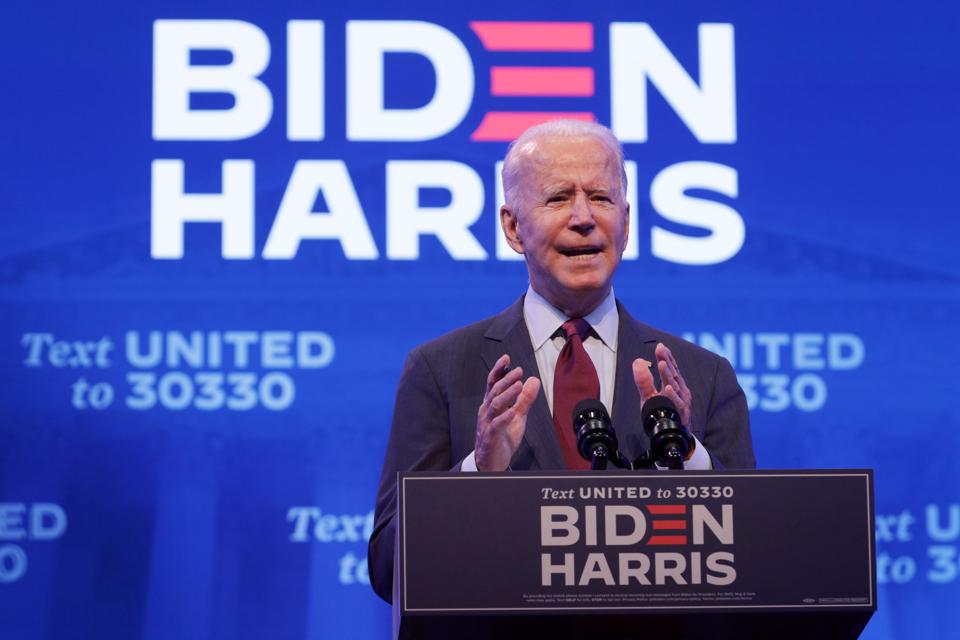 Joe Biden wants to raise taxes on the rich but subsidize them too. GETTY IMAGES

In contrast, the extra net tax burden imposed on the top 1 percent is very large. For younger age groups, the richest 1 percent face a roughly 20 percent rise in remaining lifetime net taxes, which will reduce their living standards by roughly 10 percent. For older age groups, the top 1 percent face smaller percentage lifetime net tax increases. The reason is that they are in or close to retirement and a relatively small amount of their economic resources are tied up in future earnings — most of which will now face Social Security FICA taxation.

If Kotlikoff’s macroeconomic model is correct, some of the modest lifetime net tax gains to typical workers will be erased by lower wages (see below) averaging roughly $1,000 a year for a household earning $50,000.

Although Biden says that a new payroll tax will apply only to people earning $400,000 or more, that figure is not indexed. Over time, the effects of inflation will push virtually everyone past that threshold.

Take a two earner 20-year-old couple earning $100,000. With a 2% inflation rate and 2% productivity growth, that couple will be paying the Biden payroll tax sometime in their 50’s.

[Note: Kotlikoff is working with the only model that can project the effects of tax changes into the distant future – including the years of retirement.]

The effects of Biden new payroll taxes vary radically by age. Retirees living off capital income, pay none of the tax. And wealth tends to increase by age. The living standard reduction of the richest 30-39-year-olds is 12.3 percent. For those 60-69, it’s 2.2 percent.

Most economic models assume that 25% of the burden of the corporate income tax falls on workers – through lower wages and lower returns on their savings.

However, Kotlikoff’s state-of-the-art model of international capital flows shows that the actual number is closer to 100%. High corporate taxes encourage capital to move offshore. That lowers productivity and reduces wages.

Lifetime marginal tax rates are already quite high for all income groups. An average-income household can expect to pay more than 40 percent of its income to the federal government. The Biden plan would significantly raise rates for the highest income taxpayers.

For the top 1%, the highest Biden tax rate would climb from 55.2% to 62.6%. When state income taxes are added on top of that, some blue state residents could face rates as high as 70%.

These high rates threaten to usher in a new era of tax shelters – the very thing both parties wanted to eliminate in the 1980s tax reforms.

With a 70% marginal tax rate, taxpayers have an incentive to spend up to 70 cents per dollar earned to rearrange their affairs to avoid earning a dollar of taxable income.

Effects on the Deficit

Biden expects a higher corporate income tax rate will raise $1,438.5 billion over the next ten years. This is considerably less than Biden’s proposed spending on various initiatives. However, the government will likely receive less than this amount because an outflow of capital will reduce output, income and government revenue. Over the long run, this implies that the deficit created by the Biden plan will be much higher than other estimates predict.