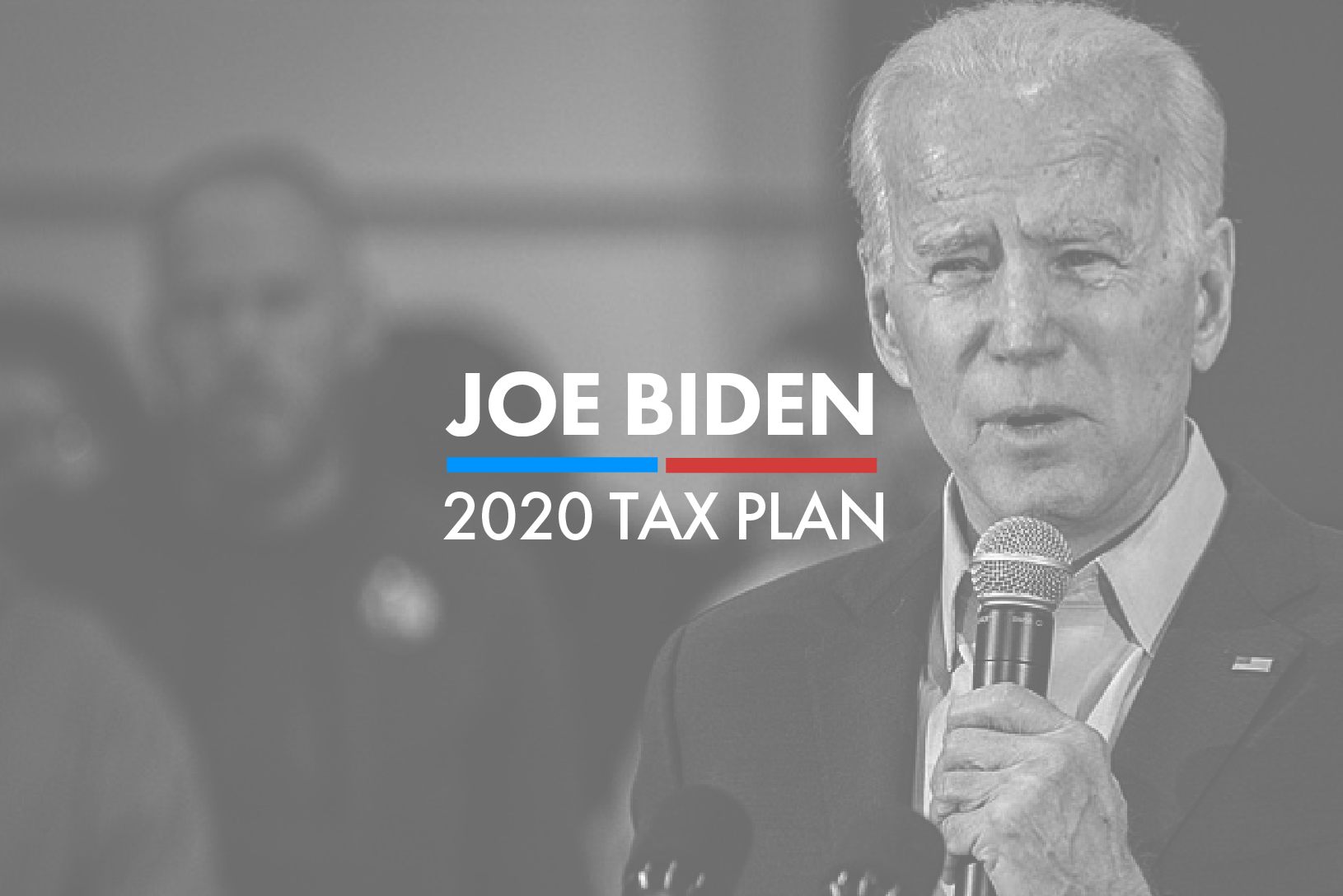 Vice President Biden is proposing major changes to the federal personal income tax, Social Security’s payroll (FICA) tax, the federal corporate income tax, and Social Security’s benefit provisions. They include raising the top marginal tax bracket from 37.0 percent to 39.6 percent, subjecting all wage and self-employment earnings above $400,000 to Social Security’s 12.4 percent Social Security FICA tax, raising the corporate income tax rate from 21 percent to 28 percent, limiting personal income tax deductions for high-income households, increasing the child tax credit by $1,000 for children age 6 to 17 and by $1,600 for children under age 6. On the benefit side, the Biden adds a uniform retirement benefit increase equal to five percent of each cohort’s average-worker benefit. The increased benefit phases in over five years starting at age 78. The average-worker benefit is the full retirement benefit someone in a given cohort would receive were they to earn the economy-wide average wage prior to age 62.

Laurence Kotlikoff, an economist at Boston University and a Goodman Institute Fellow, has analyzed both the personal (micro) and economy-wide (macro) implications of the Vice President’s proposed reforms.

The micro analysis is based on The Fiscal Analyzer (TFA), which uses data from the Federal Reserve’s Survey of Consumer Finance to calculate how much representative American households will pay in taxes net of what they will receive in benefits over the rest of their lives. Taxes reference federal and state income taxes, Social Security and Medicare FICA payroll taxes, corporate income taxes, estate taxes, and Medicare Part B premiums. Benefits reference all major and most minor federal and state benefit programs, including Social Security, Medicaid, Medicare, Food Stamps, TANF, Obamacare, the employer-paid, healthcare-premium subsidy, Supplemental Security Income, Section-8 Housing, and Child Care Assistance.

The key micro issues examined by Kotlikoff are the degree to which the Vice President’s reforms alter relative remaining lifetime net tax burdens and lifetime spending of the rich and poor within specific age cohorts and the impact of the reforms on incentives to work, i.e., remaining lifetime marginal net tax rates.

The macro analysis is based on the Global Gaidar Model (GGM) and focuses on the potential impact of the Vice President’s proposed increase in the corporate income tax on U.S. domestic investment, the productivity of U.S. workers, and the wages of U.S. workers. Of key interest is whether Biden’s proposed corporate tax increase will reduce investment in the U.S. and, overtime, lower the stock of capital relative to the supply of labor. Less capital per worker spells, in turn, lower worker productivity and real wages.

The GGM is a dynamic, 90-period OLG, 17-region general equilibrium model. It features region-specific demographics (including year-specific, albeit exogenous migration), production technologies, household preferences over consumption and leisure, and fiscal policies. The parameters of the model are carefully calibrated to IMF fiscal data and U.N. demographic estimates and projections.

Analyzing U.S. tax reform in a global model is important. The U.S. is neither a small open economy nor a large closed economy. Therefore, assuming its policies have no effect on the world interest rate or, alternatively, that its domestic investment is wholly determined by its national saving, is unrealistic. By modeling the global economy, Professor Kotlikoff properly captures the Biden reform impact of U.S. business tax reform on U.S. net capital inflows. In addition to featuring multiple regions and 90 overlapping generations, GGM includes two skill groups as well as region and age-specific, time-varying fertility and mortality rates. All told, the GGM, which is given 500 years to reach its long-run equilibrium (steady state), contains well over 1 million unknowns and an equal number of equations. GGM’s computation algorithm solves each of these equations to a very high degree of precision.

For all its complexity, the GGM is still an abstract representation of the real global economy. It features a single, traded good. Including non-traded goods would likely reduce the model’s simulated decline in U.S. investment, capital per worker, output, and real wages. And including costs of adjusting the stock of capital would surely slow the speed at which the Vice President’s proposed hike in the corporate tax impacts the economy. These and other caveats notwithstanding, the GGM sheds considerable light on the potential magnitude of adverse macroeconomic effects of Biden’s proposed corporate-tax hike.

The TFA calculates all taxes and benefits in extremely fine detail. For example, TFA includes all Social Security benefits (apart from parent benefits due to lack of parental data) and incorporates detailed calculations of primary insurance amounts, the system’s Earnings Test, the Recomputation of Benefits, Early Benefit-Reduction Factors, the Adjustment of the Reduction Factor, Maximum Family Benefits, the RIBLIM widows benefit formula, Delayed Retirement Credits, the two-method calculation of widows benefits in the case of young decedents, the Windfall Elimination and Government Pension Offset provisions, and more.

TFA uses each sample household’s data to determine a future discretionary spending and regular saving (saving above and beyond retirement account contributions) path that permits it to sustain its living standard per person through time. This consumption smoothing is done subject to borrowing constraints, i.e., the restriction that the household neither go into debt nor go further into debt in the future. The program simultaneously determines consumption smoothing paths across all possible future household survivor paths, e.g., a husband dies in five years and his wife dies in 20. The program’s consumption smoothing is the key to establishing each household’s future possible paths of assets and asset income, which, in turn, helps determine its future paths of taxable income and, therefore, taxes. The household’s path of assets and income also influences what benefits it can receive as well as their levels and timing.

To determine the impact of the Biden Plan, Kotlikoff used TFA to calculate the remaining lifetime net taxes of each household under the current tax-benefit system and under Vice President’s Biden’s main tax and benefit proposed reforms. Remaining lifetime net taxes references the average or expected present value of net taxes in each future year, where “average” refers to the average across all future possible survivor paths. Net taxes means taxes paid net of benefits received.

The analysis includes three sets of findings. The first is the change in lifetime net taxes defined as the change in lifetime net taxes. The second is the percentage change in lifetime spending, defined as the change in the present value of outlays on all goods and services as well as bequests, averaged across all survivor path. The third is the lifetime marginal net tax rate from earning an extra $1,000. TFA’s lifetime marginal net tax rate measure takes full account of so-called double taxation. Double taxation refers to the fact that money earned this year will be taxed as labor income this year. But any saving out of these earnings will produce asset income in the future that will be subject to asset-income taxation at standard for preferential rates.