Why do so many economists (left and right) endorse the (ObamaCare) Cadillac plan tax? Why is the Obama administration so much in favor of it, after originally promising never to tax employer plans? Are the Republican versions of the tax (limiting the exclusion) any better? Join us December 15 for an informal policy discussion between Dr. John Goodman, President and CEO Goodman Institute, and Mark McClellan, Brookings Institution Director of Health Care Innovation and Value Initiative. 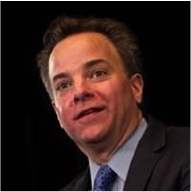 Mark McClellan, MD, PhD, is a Senior Fellow and Director of the Health Care Innovation and Value Initiatives at the Brookings Institution. He will soon be the Robert Margolis Professor of Business, Medicine, and Policy at Duke and the Director of the new Duke Center for Health Policy with offices at Duke and in Washington DC. Within Brookings, his work has focused on strategies and policy reforms to improve health care, including such areas as payment reform to promote better outcomes and lower costs, better evidence from clinical experience, and more effective drug and device innovation. He also leads the Richard Merkin Initiative on Payment Reform and Clinical Leadership. A doctor and economist, he also has a highly distinguished record in public service and in academic research. Dr. McClellan is a former administrator of the Centers for Medicare & Medicaid Services (CMS) and former commissioner of the U.S. Food and Drug Administration (FDA), where he developed and implemented major reforms in health policy. These include the Medicare prescription drug benefit, Medicare and Medicaid payment reforms, the FDA’s Critical Path Initiative, and public-private initiatives to develop better information on the quality and cost of care. Dr. McClellan is the founding chair and a current board member of the Reagan-Udall Foundation for the FDA, is a member of the National Academy of Medicine and chairs the Academy’s Leadership Council for Value and Science-Driven Health care, co-chairs the guiding committee of the Health Care Payment Learning and Action Network, and is a research associate at the National Bureau of Economic Research. He has also previously served as a member of the President’s Council of Economic Advisers and senior director for health care policy at the White House, and as Deputy Assistant Secretary for Economic Policy at the Department of the Treasury. He was previously an associate professor of economics and medicine with tenure at Stanford University, and has twice received the Kenneth Arrow Award for Outstanding Research in Health Economics. 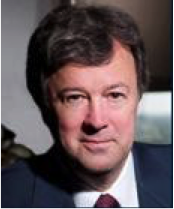 Dr. Goodman is the author of nine books, including Priceless: Curing the Healthcare Crisis; Leaving Women Behind: Modern Families, Outdated Laws (with Kimberley Strassel); and Patient Power (with Gerald Musgrave), the condensed version of which sold more than 300,000 copies and is credited with playing a pivotal role in the defeat of Hillary Clinton’s health reform.