The Republicans Need Their Own Student Loan Reform. Here It Is. 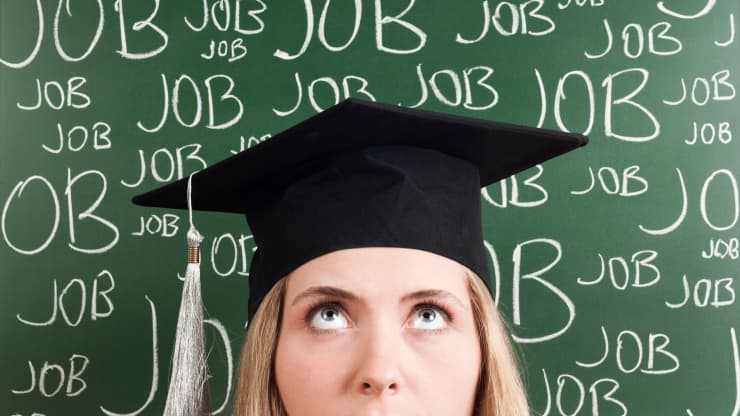 President Biden just canceled a mother-load of student debt. The income limit for the President’s largess is $125,000 for individual borrowers and $250,000 for married and heads of households. Those below these limits received up to $10,000 in debt forgiveness. And those with outstanding Pell Grants, given to borrowers with low incomes at the time they borrowed, stand to have up to $20,000 in their student loans canceled. The forgiveness also applies to parents who borrowed, under the Parent Plus loan program, to finance their children’s educations.

To be clear, the student loan system is terrible. Millions of kids and their parents have been lured into borrowing massive amounts of money for a pipe dream — a college diploma, when 40 percent of college matriculants don’t finish college, plus a sure ticket to mega earnings, when plenty of college grads end up earning less than plumbers. And the following stat is probably all you need to know to realize that we need to fix the system: Up to 3 million Americans over 60 are still paying off their student loans. Many of these are having their Social Security benefits garnished to cover what they owe.

Forgive Us Our Debts

Debt relief used to be unheard of. These days it’s a standard policy tool. The relief has primarily been targeted toward Wall Street, whose bailouts by the Federal Reserve have been labeled Quantitative Easing or QE. That name plus a set of convoluted financial transactions were carefully chosen to avoid the words debt forgiveness.

The most recent federal bailout occurred in the Spring of 2020 when COVID first came to call. The stock market dropped by a third until the Fed came to the rescue with the Primary Market Corporate Credit Facility and a host of other direct and indirect corporate bailouts. The result? A terrific rebound.

These handouts, like those during the Great Recession, disproportionately helped the rich who hold most of the stock market. Biden’s student-loan forgiveness is, in contrast, targeted toward the poor and the middle class. Even though the forgiveness income limits are quite high, income-related phase-outs and lower outstanding balances of high-income borrowers mean that the rich will garner relatively little of the pie.

With student loans totaling $1.6 trillion, with 15 percent of student loans in default at a given point in time, and with essentially no ability to discharge student debt via declaring bankruptcy, the cry for debt forgiveness for the masses, or, at least, for the masses with outstanding student debt, has been loud and growing. And, make no mistake, the President’s action represents at least a partial financial lifesaver for millions of Americans — young, middle-aged, and old — who borrowed too much for the opportunity to make too little.

The Impact on Inflation and the Risk of Over-Fighting Inflation

But Biden’s gift to those in edu-debt comes with a massive overall price tag. Its size raises two questions. Will it exacerbate inflation? And, is it affordable?

Start with inflation. Here I’m with Paul Krugman, with whom I don’t usually agree. The forgiveness won’t likely spark much, if any additional inflationary. Our current inflation appears primarily a supply-, not a demand-side story. Take oil and wheat prices. They are now both below their pre-Putin-invades-Ukraine levels thanks to increases in output from countries apart from Russia or Ukraine. These markets aren’t unique. Prices of plenty of other goods and services are coming down as more suppliers enter the market. Restaurant meals are a good example. Over 70,000 restaurants closed nationwide during covid. But many new ones are now coming online.

In short, demand creates its own supply. So, the good inflation news — a zero percent monthly rate in July — may likely continue. Consequently, there may be no need for Fed Chair, Jerome Powell, to ward off inflation by killing the economy. Powell is threatening to do exactly that, seemingly goaded by former Treasury Secretary Larry Summers.

But back to the second concern about student-loan forgiveness — its impact on our country’s fiscal solvency. Actually, I mean fiscal insolvency since we are, make no mistake, as broke as broke can be. And the President just made this generationally immoral policy worse.

With the stroke of a pen, the President increased net federal debt by some $325 billion. (Net references liabilities less assets. And eliminating assets raises this difference.) The $325 billion or thereabouts is a consensus estimate. But Kent Smetters, a brilliant economist who runs the Penn Wharton Model, places the potential net cost at a whopping $1 trillion!

The elephant in the room here is Biden’s changes in income-related student loans. I discuss these loans in my new book, Money Magic and warn readers to stay away. Biden and co realized income-related loans were the dregs. But rather than eliminate them, Biden is making them uber-attractive by raising the income threshold below which payment is not required, by not charging interest on missed payments, by reducing from 10 percent to 5 percent the minimum share of income that must be spent on repayment, and by shortening from 20 to 10 the number of years required for forgiveness if your initial loan is small. Depending on the precise provisions, which are not yet known, we could see a massive switch to income-related loans that could cost the Treasury hundreds of billions.

Even if the bill is “just” $325 billion, the President is dumping another massive tab in the laps of our kids and grandkids. Over the past two decades, official federal debt has risen from one-third of GDP to one hundred percent of GDP. According to the Congressional Budget Office, it will equal two hundred percent of GDP by mid-century. And that’s just Uncle Sam’s official obligations. Our government has a plethora of far bigger off-the-book liabilities.

Take Social Security. Its unfunded red ink is $62 trillion or 270 percent of GDP! That’s up from $43 trillion just three years ago! But Social Security’s only part of the off-the-books-debt iceberg. To understand Uncle Sam’s true long-term fiscal status, one needs to calculate the present value difference between all of the government’s projected outlays and all of its projected receipts.

This is our fiscal gap and it’s humongous. Closing it by raising taxes sufficient to cover all spending projected by the Congressional Budget Office, requires, by my estimate, a 50 percent immediate and permanent increase in all federal taxes! Of course, there are Modern Monetary Theorists and politicians who think we can print as much money as needed to meet this shortfall. Doing so, as any tenth grader will tell you, is a sure path to Venezuela.

Biden’s giveaway of at least $325 billion just poured more gasoline on our nation’s fiscal conflagration. This said, Biden’s overall fiscal record is, so far, much better than that of Bush II, Obama, or Trump. The ratio of debt to GDP is projected to decline slightly this year despite all the new spending and student-loan forgiveness. The reason is a point Senator Manchin may finally have understood in agreeing to the Inflation Reduction Act, which was terribly misnamed.

First, our tax system is not fully indexed to inflation. Consequently, effective tax rates rise when prices rise. Second, benefit payments for our various welfare programs are not inflation-indexed. Hence, benefits fall in real terms. Third, and most important, Uncle Sam’s official I.O.U.s are nominal. Running a roughly 10 percent inflation, largely by surprise, produced some $2 trillion in added real revenues over the past twelve months.

This is the approximate amount by which the real payments on Treasury obligations have been watered down. To see this in stark relief, suppose prices rose by a factor of 1 trillion, so that hotdogs now costing, say, $1 each (when bought in bulk) suddenly sold for $1 trillion each. Then the $23 trillion in current outstanding federal debt would be worth not 23 trillion, but only 23 hotdogs.

Apart from its potentially astronomical cost, Biden’s student-debt relief is, in the words of Mitch McConnell, wildly unfair. Nancy Pelosi used to agree. Go back a few weeks. Here’s some of what the House Speaker said about student-loan relief: Suppose your child just decided at this time they do not want to go to college, but you’re paying taxes to forgive somebody else’s obligations. You may not be happy about that.

Mitch and Nancy both have this right. Student-loan forgiveness as just promulgated is unfair to those who worked hard for years to pay off their obligations. That’s a lot of people. It includes a doctor friend who discussed the President’s policy with me yesterday. He’s in his mid-fifties. His kids have all graduated college and have no outstanding student loans. He’s also, from what I can tell, a life-long Democrat. But he’s upset. He personally feels mistreated because he repaid his kids’ student loans, forgoing, he told me, family vacations for years and years.

Will student-loan forgiveness help or hurt Democrats in November? It could well hurt. But if Republicans just scream Foul, they’ll be seen as the party of no when it comes to fixing the student-loan problem.

Whatever you think of Biden’s forgiveness, successive generations of college students will demand equal treatment. Economists call this the Samaritan’s dilemma. (Jesus, in the economists’ cynical version of the story, gets hit up every time he passes the person he helps.) But since the Democrats have taken their shot, only the Republicans can set things right. Here’s a reform that makes sense and that works for all generations through time. To be clear. It’s not perfect. Perfect, unfortunately, is not in the feasible set. We can only strive for better.

This reform does several key things.