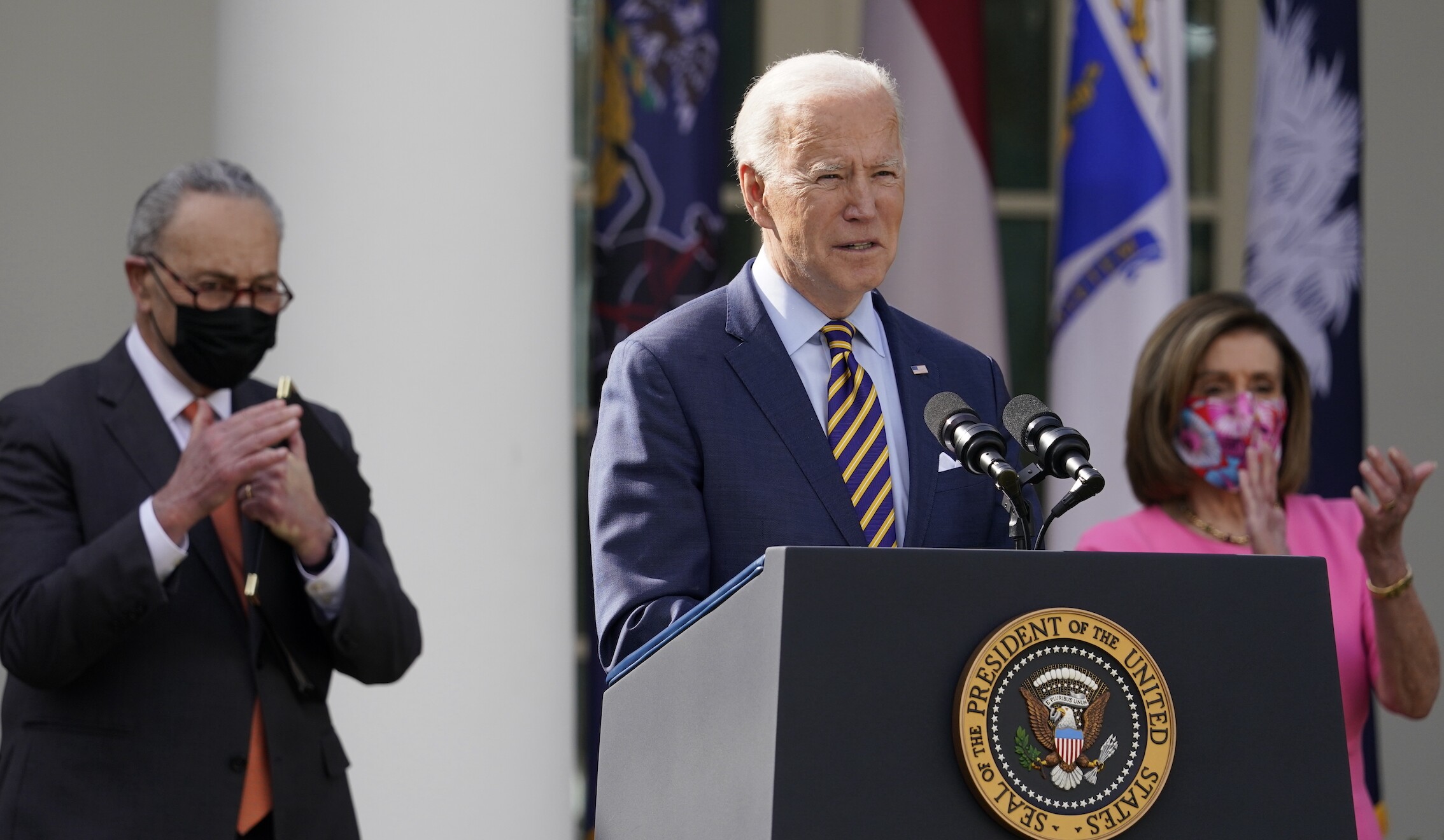 Congressional Democrats are proposing to spend an enormous amount of taxpayer dollars on what the New York Times calls a “cradle to the grave” addition to U.S. social welfare. When budgeting shenanigans are ignored, the Committee for a Responsible Federal Budget estimates that the full cost is not the $3.5 trillion that has been widely advertised, but at least $5.0 trillion and possibly as much as $5.5 tri

Congressional Democrats are proposing to spend an enormous amount of taxpayer dollars on what The New York Times calls “cradle to the grave” additions to U.S. social welfare.

When budgeting shenanigans are ignored, the Committee for a Responsible Federal Budget estimates that the full cost is not the $3.5 trillion that has been widely advertised, but at least $5 trillion and possibly as much as $5.5 trillion.

In a lengthy analysis of the health care components, Linda Gorman and I discovered that in every instance, the proposal would spend more money on existing programs that are deeply flawed.

If, instead of throwing good money after bad, we focused on rational reform of existing programs, we might find that the “unmet needs” the Democrats have targeted could be adequately met—without spending any additional taxpayer dollars.

New Home Care Benefit: Under the current system, as many as one-third of hospital-discharge patients who are entitled to home care never receive the benefit. Those who do participate in a system in which fraud and theft are commonplace.

Rather than reform the system, the new program would spend even more money on it, while ignoring cheaper alternatives:

The proposal completely ignores a highly effective alternative called “Cash and Counseling.” Under that program, money goes to the patient, not to the caregivers. Patients can hire and fire their service providers, and the type of person who can be a provider also has been expanded. Some states even allow spouses to be caregivers .

Early surveys found that satisfaction with Cash and Counseling hovers in the 90 percentiles—a satisfaction rate probably unequaled in any other health care system in the world today.

Dental, Hearing, and Vision Care Under Medicare : Under one proposal, the benefit would cost $1,500 a year per beneficiary. However, seniors who enroll in a Medicare Advantage plan already save about $1,500 in reduced premiums, and most Medicare Advantage plans offer some coverage for all three areas of care. (See the Joe Namath TV commercials.) Some 40% of seniors are already in Medicare Advantage, and that number continues to grow.

Medicaid Expansion: This provision would focus on states that haven’t expanded Medicaid to adults who are under 138% of the federal poverty level.

The proposal would likely create a Medicaid-like program to enroll the target population and would pay Medicaid rates to providers.

Yet, none of the problems with the current system would be corrected. One in 10 Medicaid dollars is lost to fraud, and an estimated 1 in 4 dollars are spent on people who are not eligible for the benefit.

The most rigorous experiment ever conducted (in Oregon) found that Medicaid (as opposed to being uninsured) has no impact on the physical health of enrollees, and enrollees themselves value the coverage as little as 20 cents on the dollar. For that reason, Amy Finkelstein (one of the authors of the study) says we should give low-income families cash instead of health insurance .

Finkelstein says that 80% of care provided to the insured is already “free,” and cash has positive effects on health and life expectancy.

Obamacare  Expansion: A two-year provision enacted in March means that more low-income buyers are now paying little to nothing for insurance, and the maximum contribution has been reduced from 10% of income to 8.5%, even for people who are above 400% of the poverty line. The new proposal would make those changes permanent.

That change, however, would not lower the outrageously high deductibles in Obamacare plans or expand the narrow provider networks that deny many patients access to the best doctors and the best medical centers.

A more in-depth analysis can be found in a longer document posted at the Goodman Institute website.

← Congress v. Seniors Is Congress a Den of Thieves? →