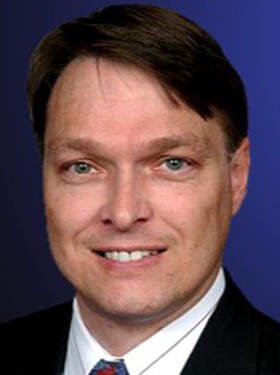 He worked for the National Center for Policy Analysis (NCPA) until it ceased operations in July 2017.

While with NCPA, Dr. Herrick authored more than 100 studies and papers based on his research. Herrick is a sought-after speaker on health policy issues and is quoted widely in the press, including on radio and television. His articles and comments have appeared in hundreds of newspapers across the country. He is a coauthor, with John C. Goodman and Gerald L. Musgrave, of Lives at Risk: Single-Payer National Health Insurance Around the World.

Dr. Herrick began his career in health care as a staff accountant with Baylor University Medical Center (Dallas, Texas) in 1986. In 1989, he transferred to Baylor Center for Restorative Care, where he worked for three years as an accounting manager.

Prior to joining NCPA, Dr. Herrick was a research assistant at the Bruton Center for Development Studies at the University of Texas at Dallas. The Bruton Center integrates geographic information systems, spatial analysis and exploratory data analysis in the social sciences, applying research on trends, forces, and public policy.

While pursuing a doctorate in 1995, Herrick came to the National Center for Policy Analysis as a policy intern. He subsequently became manager of information systems in 1996 and research manager in 1999. Dr. Herrick was a senior fellow at NCPA from 2003 to 2017.