How a Questionable Drug Turned into a Goldmine at Taxpayers’ Expense 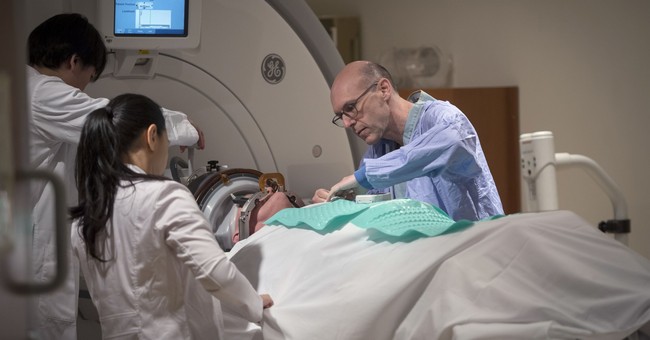 The drug, Aduhelm, is a monoclonal antibody. It targets a specific protein in the brain that is thought to form plaques in the brains of Alzheimer’s patients, causing brain cells to atrophy and die.

Is this good news for patients suffering with Alzheimer’s disease? Probably not and certainly not for taxpayers. The clinical trial data found little evidence the drug works. One Phase 3 clinical trial showed a slight slowing in cognitive decline, while the second clinical trial failed to show any improvement.

Lon Schneider, M.D. helped conduct one of the clinical trials. He told the New York Times, “There’s so little evidence for effectiveness… I don’t know what caught the F.D.A.’s fancy here.” Dr. Schneider is the director of the California Alzheimer’s Disease Center at the University of Southern California.

The FDA appoints outside experts to advisory panels to evaluate the safety and efficacy of new drug applications and advise the agency on approval. Guess what? At the November 2020 advisory committee meeting, of the 11 members on the advisory panel, 10 voted against approving the drug and the 11th pronounced the data questionable. After reviewing the data, an F.D.A. statistician wrote “there is no compelling, substantial evidence of treatment effect or disease slowing.” The side effects seemed pretty wicked too. Approximately, 40% of trial participants who received the highest dose had brain swelling and bleeding. Wow!

Drug maker Biogen announced plans to charge $56,000 a year for its newly approved drug. In addition, the drug requires monthly intravenous infusions and frequent brain imaging. According to experts, the added cost beyond the drug itself will be about $30,000 the first year of therapy and perhaps $15,000 for every year of therapy thereafter. Several analysts estimate the drug will generate $7 billion in sales per year within the next few years. This will be mostly borne by Medicare (otherwise known as taxpayers) since Alzheimer’s is mostly a disease of old age.

The Institute for Clinical and Economic Research is a think tank that estimates the economic value of drugs. In a press release it asserted [the FDA], “in approving aducanumab (Aduhelm™, Biogen) for the treatment of Alzheimer’s disease, has failed in its responsibility to protect patients and families from unproven treatments with known harms.”

The FDA usually follows the advice of its advisory committees but approved the drug Aduhelm even though its own advisors strongly voted against approval. None were enthusiastic. Ninety-one percent thought it should not be approved. The remainder questioned the data. So why would the federal drug agency greenlight a drug that so many of its experts say needs further study?

Officially it was fast-tracked “under which the FDA approves a drug for a serious or life-threatening illness that may provide meaningful therapeutic benefit over existing treatments…“ The FDA press release added “Aduhelm is the first novel therapy approved for Alzheimer’s disease since 2003.”

However, the answer is probably better summed up as quid pro quo. The experience gained working for the FDA is invaluable. It is common knowledge among FDA managers and their investigators that the government cannot pay them nearly as much as the firms the agency regulates. The skills and insider knowledge of people who have worked for the FDA is in high demand by drug makers and medical device makers alike. Yet, FDA officials are hesitant to offend their future employers by refusing to play ball. They often fear they will be less likely to receive lucrative job offers when they leave the FDA if they blocked drug approvals. This is what economists call regulatory capture, when a government regulator begins to function for the benefit of the industry it regulates.

The maker of Aduhelm saw its stock price rise 38% the day the approval was announced. The market capitalization rose about $17 billion in one day. It’s not so hard to see why the FDA officials want to please their future employers when those firms sometimes pay several times more than FDA’s government pay scale. At the end of the day, the FDA put profit above patient safety, therapeutic effectiveness and taxpayers’ interests.

← What’s Behind the Vaccine Slowdown? The Perils of Trying to Become a Doctor →