Where Did the Paycheck Protection Money Go? 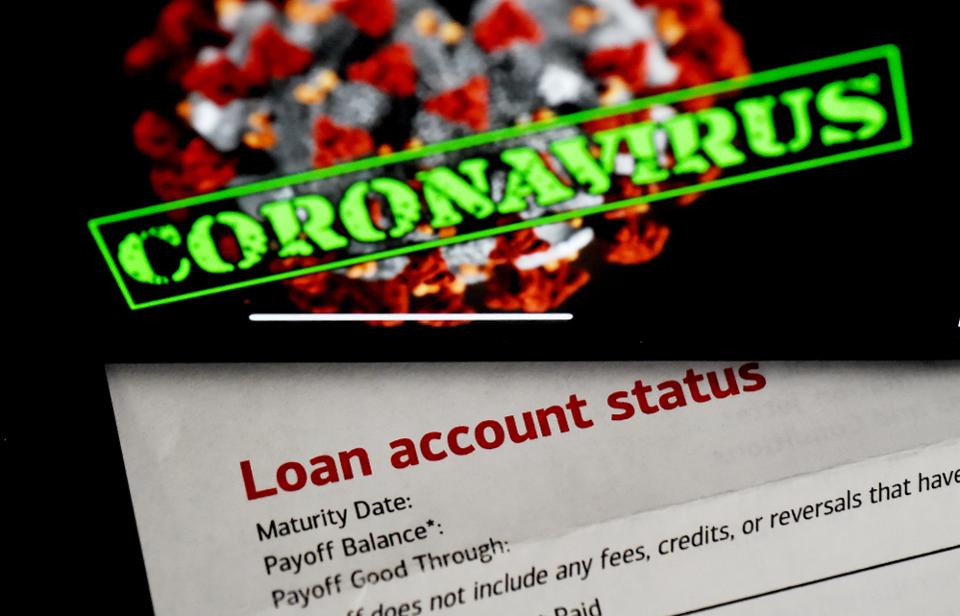 The Bank of America, my small company’s bank of 27 years, is now being sued by small businesses for shutting my and other small enterprises out of the Payroll Protection Program (PPP) loan. The allegation is that BofA served large businesses first, on whom they could earn the most in fees per transaction. News of this lawsuit emerged today at the same time the New York Times reported large companies, like Shake Shack and Ruth Chris’ Steak House, had played a major role in draining the Payroll Protection fund in a matter of days. How did these large restaurant chains qualify as small companies with fewer than 500 employees? They did so by treating each of their hundreds of franchise restaurants as small businesses. Technically, they did nothing illegal. There is a provision in the CARES legislation that permits chains to receive a PPP loan.

What stinks here is that they received priority treatment. How? By having, as the Washington Post reports, inside access to top officials at their banks who put them first in line when it came to processing their loan applications. Of the $349 billion allocated to small businesses, $243.4 billions was paid to publicly traded companies.

JP Morgan explained that larger companies may have been served more quickly because its commercial banking unit, which serves larger clients, was able to complete “most of the applications it received” while many more applications poured in from traditional small businesses.

This is a beyond lame excuse. Jaime Dimon, the head of JP Morgan, could have assigned the commercial banking unit credit agents to work on the loans of small businesses. The bank chose to put its top clients ahead of those who really needed help because it wanted to keep them happy.

Let’s compare JPM’s acknowledged priority treatment of large companies with how the Bank of America is treating small companies, even ones that have been their loyal customers for over a quarter Century.

On March 30, three days after the CARES Act was signed into law, BofA sent me and other small businesses an email telling us to gather certain information if we wanted to apply for a PPP loan. This email was a big relief. It suggested the company had its act together. What followed next was — nothing. No further emails. I called my local branch. The people there knew nothing and seemed unable to connect with anyone who did. Finally, I found a link online where you could put in a placeholder application with Bank of America.

A full five days passed — nine days from the bill’s signing — until I received an email from the bank that my loan application, by which they meant the placeholder application, had been received. It told me to look for an email with further information. No indication was provided for when that email would arrive or that it would instruct me to upload documents to a company of which I’d never heard. The bank did bother to tell me and everyone else receiving their form email not to try to contact them because, “Information about your application status will NOT be available through our financial centers or contact centers …”

Nice. If my small software company treated people this way, we’d be out of business in short order.

Meanwhile, I’m asking myself. “Is this going to happen? The money’s being paid out. Will I get the loan?” And, as an economist, I’m asking, “If small businesses think they will receive the loan and do as needed to receive loan forgiveness, which means retaining essentially all their employees at essentially the same level of pay, and the loan doesn’t come through, will this ensure their failure? Will making close to full payroll mean they will fold when they could otherwise have stayed in business, but with a reduced, lower-paid workforce?”

On April 7, now 11 days since the CARES Act became law, I was told to go to an Intralinks.com site and upload my documents. I never heard of Intralinks. But the email came from Bank of America, so I trusted it. I immediately went to the Intralinks site, pulled together all requested documents, and then tried to upload them as the instructions said to do. Trouble was, there was no obvious way to upload. There was no visible upload button and no instructions for uploading.

I went online. Other people were having the same problem. No one seemed to know how to upload the requested documents. I called my local Bank of America office in Boston’s South End. They said they’d check. Another day passed until they told me they’d checked and no one had a clue. I tried to call Intralinks, dialogue with them online, email them. There was no way to get in touch. The best was their live chat button. I spent four hours repeatedly being told I was next in line to chat and then being reset to number 500 in line. Today, the live chat button has been disabled. But there’s a message that says Bank of America will be in touch and that there is no one to talk with in the meantime at Bank of America.

After two days, I finally found a website showing me how to upload my documents onto Intralinks. The Intralinks technology looks 30 years old. Instead of upload, they should have said drag and drop and specified where to do the drop.

“Phew, I’ve uploaded precisely the docs BofA needs. Now they will surely get me the loan.”

Days pass. No email. I called my South End contact. No clue. I called a senior official at the bank, who’s a friend. He checks with some people, says it’s a mess, but I should get an email.

Day after day, I check my email. Not boo from Bank of America.

On April 16, the Small Business Administration announces the PPP fund has run out of money. This is 15 days after I put in my initial application and nine days after I uploaded all the requested docs.

Yesterday, April 19, I finally received an email from BofA. The email says my application isn’t complete. I need to upload missing documents. But the email doesn’t say which documents are missing. I double check. Everything requested is uploaded. What’s missing? I reply to the Bank of America’s email. It bounces back. No idea what to do. Then I see that their email also warns against including extra documents. I had added two extra payroll statements that I thought the Bank would want to see. Apparently not. I deleted them.

As of now, am I in compliance? Are there missing documents? My wife looked with me. They’re all in plain view. Will my loan application be set at the end of the queue because I had uploaded two extra docs? Is this all being processed by computer? If so, why didn’t Bank of America say so? For that matter, why didn’t the Bank send me an email everyday to tell me and millions of other small business owners what’s going on and whether they had what they needed? Does it take 15 days to check out four simple docs? Apparently so if you’re a small business. Apparently not if you’re a huge company.

Why, I ask myself, didn’t Bank of America assign a small army of employees to man and woman customer support? The Bank of America’s employees can’t, in the main, be doing too much else these days.

The government is paying a healthy sum to the Bank of American and other banks to process these loans. As a group, banks stand to earn over $6 billion, and for what? For processing paper. There is zero risk to any bank from PPP. The Small Business Association is taking on all the risk.

Here’s what I think. I think it’s time for the Bank of America’s President, Brian Moynihan, to publicly apologize for the fiasco he and his associates have produced. And if Mr. Moynihan can’t bring himself to provide actual customer support, he should resign. Maybe he can get Jaime Dimon to resign with him. As it is, the two of them are probably responsible for tens of thousands of small businesses going belly up because they counted on Bank of America processing their loan before the PPP funds dried up. Those tens of thousands of small businesses were surely employing tens of thousand of now unemployed workers.

The Washington Post described one small home medical equipment business in Salisbury, N.C. The owner was one of the first to apply for a PPP loan back on April 4. He has heard nothing back from his bank since. He’s now going to furlough his employees because he can’t hold out any longer. This will likely invalidate the forgiveness provision of the loan if he ever gets it, meaning he probably won’t take it and will end up in worse shape and less likely to relaunch his company than had he begun the furloughs three weeks ago.

But back to my lecture to Mr. Moynihan on behalf of my fellow, highly exercised small business owners. You probably get this by now. But, if not, let me make it clear. Part of fixing your system, Mr. Moynihan, is making sure Bank of America is not giving priority to large corporations who have connections to officials at the Bank who will process their loans in front of the line. Those large corporations are in far better shape to weather this, the Greatest Depression, than virtually all truly small companies for whom PPP funding and forgiveness represents the difference between economic life and death.