Kotlikoff on the Coronavirus 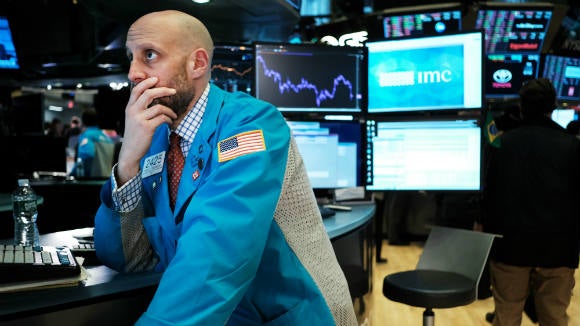 It’s the $85 trillion (global GDP) question: Will the coronavirus kill the global economy? What we know is incredibly scary. The disease is a prolific killer and a stealthy one at that. Over 2 percent of its victims die. For people in their 80s, the death rate is around 10 percent. The latest information suggests that the virus can incubate in one’s body for as long as a month before producing symptoms.

That’s ample time for an unsuspecting infected person to kiss you, sneeze on you, breathe on you, shake your hand, open the same door, use the same faucet, take the same cruise, touch the same toilet flusher, travel in the same train, bus or plane.

Were all of our planet’s nearly eight billion inhabitants to become infected, we’re talking roughly 160 million deaths — twice the number of military and civilian deaths in World War II. Could the virus spread that dramatically, infecting us all?

Well, consider how passengers on the Diamond Princess cruise liner fared. On February 1, just one passenger had clear signs of coronavirus. Thanks to their on-board, two-week quarantine, 691 passengers are now infected for an infection rate of one in five. If the virus can reach so many so quickly, what can it do over time?

Yes, the originally healthy passengers had no means to fully distance themselves from the sick passengers. But when each “healthy” person is potentially a disease carrier, none of us really has such a means. Economically, emotionally, practically and morally speaking, we can’t distance ourselves from each other for, say, two months and then re-start the world with whoever’s still standing.

Of course, if we can slow Covid-19’s spread, we may have time to develop a vaccine or effective medication. The Yiddish response to this statement is particularly apt — Alevei, which means “We should live so long.” It’s taken almost a half century for scientists to develop a trial vaccine for Ebola, another terribly deadly virus.

China is probably the country in the world best able to quarantine the infected. It’s locked up 11 million people in the city of Wuhan and another 50 million in other parts of Hubei province. Partly as a result, close to 80,000 Chinese in these regions have been stricken and more than 2,600 have died. The U.S. just announced that 53 Americans have coronavirus. Italy has 229 cases, up from 3 just three days ago, and has shut down sections of the North. South Korean is closing in on 1,000 cases. In Iran, which has over 60 cases, the outbreak is centered in the holy city of Qom. The chief doctor responsible for controlling the disease has come down with it and is himself now quarantined.

Other countries in the Middle East and Central Asia are also reporting cases. Given their much more limited capacity to restrict population movements, especially to mass pilgrimage destinations like Mecca, coronavirus will surely continue to spread like wildfire, moving in short order to Africa and South America.

The potential implications for the world economy are beyond dire. Already, we’ve seen the isolation of the world’s second largest economy, China. No flights in and no flights out. Russia, Mongolia and North Korea have closed their borders with China. Turkey and Pakistan have closed their border with Iran. Israel is considering quarantining visitors from Italy and Australia. Austria has closed its borders with Italy. Italy has locked down 11 towns in Lombardy.

The U.S. stock market, that “great” oracle of our economic future, is getting very nervous. On Monday, it lost everything it had gained since the year started. So far, though, the betting is that the virus can be kept under control or will burn itself out. Short of a medical miracle, this seems deeply fanciful. Such a breakthrough may be available in the form of Remdesivir, a drug found effective in preventing MERS (Middle East Respiratory Syndrome). The medication is now being tested on coronavirus in a controlled trial in China. But even if it proves effective, can it be produced fast enough, in sufficient quantities and at a low enough price to matter? And even if all answers are yes, will the virus be able to mutate around it before the drug or some other medication has had a chance to save the day?

The immediate aftermath of Lehman Brothers’ bankruptcy showed us just how nuts the market can get. The company’s financial collapse had no implications whatsoever for the real productive capacity of the U.S., let alone the global economy. Lehman’s bankruptcy didn’t kill any of the company’s employees or destroy its buildings or equipment. Physically, U.S. and global productive inputs were left intact. Nonetheless, the market dropped and kept dropping. By March of 2009, it was at roughly half its previous peak value recorded two years before.

I predict a massive drop in global stock markets in coming days with no rebound until what is now being called a pandemic is brought under control. Such a drop in the market will exacerbate the pessimism, which will slowly but surely engulf global business leaders and consumers and wreak havoc on the world economy.

Yes, the news from China may improve based on measures the government has taken. But if it does and the travel bans on China are lifted, there is nothing to prevent a fresh outbreak unwittingly generated by an unsuspecting infected person from, say, Chile, visiting, say, Shanghai, producing another Wuhan. Fighting coronavirus is like playing Whack-a-Mole. Just when you think you’ve knocked out all of your adversaries, another pops up.

The Great Recession was, in my belief, the Big Con — a downturn predicated on the only thing there was at the time to fear, namely fear itself. This time is different. We have something very real to fear, which is producing real-time economic reactions, like the closing off of China, that are truly beyond belief. These reactions are fully capable of panicking billions of investors and consumers in our highly interconnected and mutually dependent global economy.