What is modern Liberalism? 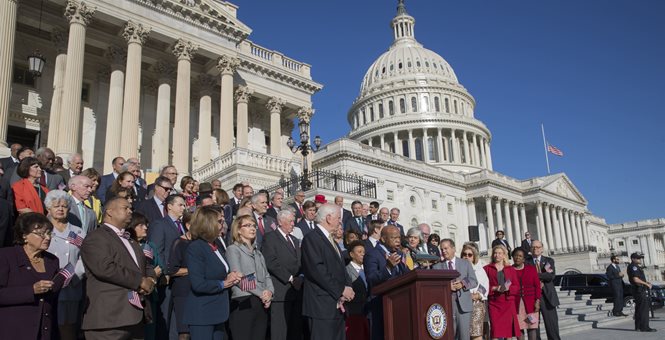 Liberalism and conservatism are sociologies, not ideologies.

An ideology is a coherent set of ideas about how the political world should function. A sociology is a system of ideas and beliefs that are not necessarily coherent and may be even contradictory – held by people who flock together and interact with each other.

If you ask liberals what they think, they will tell you they are against racism (especially segregated public schools); they favor clean air and clean water; they want to help the poor; they oppose inequality, etc. Yet if you look at what happens where liberals govern, all these problems seem to be worse than they are anywhere else. (See How Liberals Live.)  For example:

All of these bad outcomes result from public policies enacted by liberal politicians, elected by liberal voters. Further, none of the Democratic candidates running for president seems willing to talk about them – let alone promise to correct them.

So why is there a difference between liberal rhetoric and liberal governance? Part of the answer is that modern liberalism contains inconsistencies. Some preferences and goals undermine others.

In contrast to the sociology of modern liberalism, classical liberalism was very much an ideology. Whether one reads Adam Smith, Milton Friedman, the Declaration of Independence or the preamble to the U.S. Constitution, the message is pretty much the same.

The legitimate purpose of government is to protect individual rights – for example by providing police, a court system and national defense. Beyond that, government activity should be limited.

Government might be called upon to produce a public good or eliminate an externality where private action proves inadequate. But even in these cases, government needs to promote the “general welfare.” Ideally, it should intervene in a way that leaves everyone better off.

What we call modern liberalism rejects this ideal.

One way to understand this rejection is to consider Lochner v. New York in 1905. In that case, the Supreme Court struck down a state law prohibiting bakery workers from working as long as 10 hours per day or 60 hours per week.

Adam Smith would have understood this law very well. It not only served a special interest, it was motivated by ethnic prejudice. Established New York bakers sought the restriction in order to suppress competition from Italian and Jewish bakers who were willing to work longer hours. The restriction was like something you might find in the medieval guild system.

Between 1897 and 1937, in what is known as the Lochner era,  the Supreme Court struck down 184 laws. For the most part, these were laws that limited freedom of contract – usually for some obvious special interest reason, without any compelling “general welfare” rationale.

Clearly, the Lochner ruling was consistent with the classical liberal concept of the proper role of government. Once the era ended under the political pressures of the Great Depression, special interests got a free ride. Today, even if the backers of a public policy admit that it has no defensible public purpose, that it robs the many for the benefit of the few and that it makes almost everyone worse off – the courts will not step in to stop it.

During the 20th century, economic studies show that the Interstate Commerce Commission served as a cartel agent for the railroads and then for the trucking industry. The Civil Aeronautics Board served as a cartel agent for the airlines. The Federal Communications Commission served the interests of the broadcasters. Through price supports, quotas and other devices, the federal government helped farmers restrict output and raise prices – to the detriment of consumers.

Were he not stopped by the Supreme Court, Franklin Roosevelt  was willing to allow every industry in the country to limit output and fix prices through the National Industrial Recovery Act. Think of this as mercantilism on steroids.

At the state and local level today, nearly 30%  of all jobs require a government license, and economists from left-to-right agree that these requirements are generally indefensible barriers to entry. Until Uber was created, New York City and other municipalities created taxicab monopolies. City after city has regulated low-income housing out of existence. Teachers unions are successfully blocking escape routes for disadvantaged children almost everywhere.

Marginalized citizens are often the victims of special interest legislation. They don’t have lobbyists, don’t make campaign contributions and don’t belong to any organized political group. They get regulated out of the job market, out of the housing market and out of the market for many  essential goods and services because they have no political power.

Political systems require an intellectual defense. The defenders of what is sometime called “the mixed economy welfare state” are called “modern liberals.” It became their job to defend government intervention as such – against the laissez faire ideal of classical liberalism.

In defending 20th century institutions, liberal apologists attacked the free market, misrepresented the 19th century and often rejected mainstream economics. Since special interest pressures change (say, favoring regulation of an industry at one point and deregulation at another) the defense of the system has required a lot of flipflopping.

Through it all, the apologists have never had a coherent ideology, however. Is there an essay, a book or treatise that explains why it is good to have a system that allows special interest legislation with no general welfare purpose?

Not that I know of.

Read the original article on TownHall.com