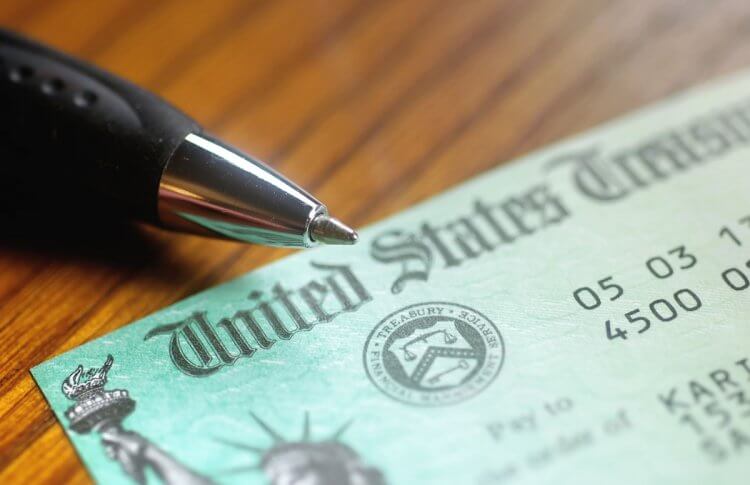 Did I miss a tweet from the president? I don’t think so. What about the press? Did anyone see an article about Social Security’s deficit exceeding the federal deficit by a factor of 11? Nope.

View a related video on TheHill.com

The press covers on-the-books “official” federal debt, but it ignores off-the-books unofficial federal debt. The fact that one set of debts is on the books because of Congress’ choice of words and another isn’t, again, because of Congress’ choice of words, matters not. When it comes to economics, the press too often simply believes what it’s told.

What about the myriad Democrats running for president? Social Security is their pride and joy. Have they weighed in on the massive rise in its massive debt? None of them have made a peep.

Surely Treasury Secretary Steve Mnuchin raised some concern about Social Security’s $9 trillion deficit? After all, he’s one of the system’s trustees. He signed the report. Oddly enough, he didn’t.

The unfunded liability is the most important and scariest number in the report. The secretary and his fellow trustees ignored it in their summary statement for the same reason they buried it at the rear end of their report. It’s political dynamite.

It tells old people what they’ve been promised won’t likely get paid in full. And it tells young people that they could be saddled with up to $43 trillion in extra taxes whose payment will provide them absolutely nothing in return.

The Treasury secretary is a banker, and bankers know about balance sheets. The unfunded liability is a statement about Social Security’s balance sheet.

On the right side of Social Security’s balance sheet are its liabilities, all valued in the present, i.e., in present value. The system’s liabilities are its projected benefit obligations ($176 trillion) to current retirees, current workers and future workers.

On the left side are the system’s assets. These are the value of the system’s peanut-sized trust fund ($3 trillion) and the present value of its projected payroll tax receipts ($130 trillion) from current and future workers.

Balance sheets are meant to balance, hence their name. When they don’t, look out. It means the entity is bankrupt. When Enron’s off-the-book (hidden) liabilities were made public, it instantly went bust because its total (off- plus on-the-books) liabilities exceeded its assets by a mile.

When Lehman Brothers’ assets were valued at next-to-zero in the midst of the 2008 financial panic, it was forced to close its doors. Social Security is no different. It’s liabilities are $43 trillion larger than its assets.

The system is dead broke and, due to changes in its actuaries’ projections, it’s now a half-year’s GDP more broke than it was at this time last year.

Social Security is underfunded by 33 percent ($43 trillion divided by $130 trillion). This is the immediate and permanent percentage rise in Social Security’s 12.4-percent payroll tax rate needed to eliminate the system’s fiscal gap.

That’s 4.1 cents more in FICA taxes that we need to pay on every dollar we earn up to Social Security’s covered earnings ceiling, which now stands at $139,200. Alternatively, we could cut all Social Security benefits, immediately and permanently, by 24 percent ($43 trillion divided by $175 trillion).

The longer we wait, the bigger the burden on younger generations. Why? Because waiting leaves more older people off the hook from paying higher taxes or receiving lower benefits.

Can’t the rest of the fiscal system bail out Social Security? Surely we can use general revenues to help cover Social Security’s shortfall? Unfortunately, the answer is no.

Instead of looking at Social Security’s true long-term fiscal problem, its trustees considered simply the next 25 and 75 years, respectively. The problem is that no truncated fiscal gap is well defined. Thus, for example, the system’s 75-year unfunded liability is not an economically meaningful number. This is the same problem we find in physics where time and distance aren’t well defined.

Hence, it’s no accident that thousands of economists and 20 American Nobel laureates have endorsed The Inform Act, which would compel the CBO, Government Accountability Office and Office of Management and Budget to do fiscal gpa. This is now standard procedure in the European Union, which is now calculating fiscal gaps for its member countries.

What should we do to handle our bankrupt Social Security system and other federal programs? In short, we should freeze benefit accrual under the current system. In other words, we should pay current retirees and current workers (when they retire) every penny now owed but not let anyone earn rights to extra benefits under the old system.

Next, we should require all workers to contribute 10 percent of their pay to a Personal Security Account (PSA). Half of the contributions of married or legally partnered workers would be contributed to their spouse/partner’s account.

The government would make matching contributions on a progressive basis to the PSA accounts of the poor, the disabled and the unemployed. All PSA contributions would be combined and invested by a computer (not Wall Street) in a market-weighted global index fund of stocks, bonds and real estate.

At age 59, each PSA participant’s account balance would be topped up in case it didn’t equal what had been contributed adjusted for inflation (i.e., the government would guarantee a zero real return) and gradually sold off, on a cohort basis, to purchase Treasury inflation-protected bonds.

These bonds would be used to pay cohort members a PSA pension that’s proportional to their share of all the cohort’s PSA account balances at the time of conversion.

This Personal Security System reform would more than eliminate Social Security’s unfunded liability and let us gradually eliminate the FICA tax. Today’s and tomorrow’s workers will end up far better off under this reform compared with their fate if Social Security’s ink-red blood continues to pour out of the current system.

← Why Employers Pay Too Much for Health Care Hayworth on Fox: media bias is as bad as ever →