Wedekind on Trump’s Reform of Medicare 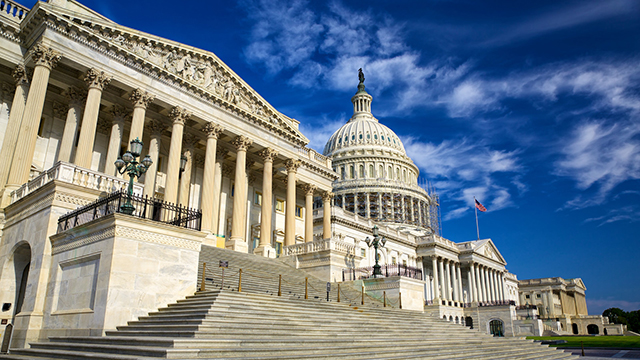 The Trump administration is making fundamental changes to the Medicare program. These reforms are every bit as radical as the changes we have seen in federal policy governing employer-provided coverage and the market for individual insurance. Furthermore, it seems likely that the changes initiated so far are only the beginning of a continuing shift in the role of government in health care.

The vision behind these reforms can be found in the Department of Health and Human Services’ Reforming America’s Healthcare System Through Choice and Competition. This 124-page document challenges a premise behind 50 years of thinking in health policy circles: that our most serious problems in health care arise because of flaws in the private sector. Most problems arise because of government failure, not market failure, the document declares, and it goes into great detail on how to correct the policy errors.

Trump policy toward health care appears to be based on the idea of promoting choice, competition, and the role of market prices. In Medicare, so far that means liberating telemedicine and accountable care organizations (ACOs), ending payment incentives that are driving doctors to become hospital employees, promoting hospital price transparency, reducing regulatory paperwork, and creating more transparency in the market for prescription drugs.

In this post, we will consider changes to the accountable care program, including efforts to make it more closely resemble the Medicare Advantage (MA) program.

The ideabehind ACOs and MA plans is similar. In both cases, the federal government is encouraging the private sector to find innovative ways to reduce costs and improve quality, generally through integrated, coordinated, managed care. If a plan successfully reduces costs and meets pre-established quality gates, it gets to keep some or all of the savings. Beyond that, the two models diverge.

In general, almost anything an ACO can do, an MA plan can do and do better. The reason? ACOs are structured differently, and they are shackled with all manner of limitations, rules, and restrictions that do not encumber a garden variety MA plan.

On the buyer side, enrollees in MA plans pay one premium to one plan, covering all Medicare Part A, B, and D benefits. The premium is usually no more than the Part B premium in ordinary Medicare. The enrollee typically gets such additional benefits as free transportation, expanded dental, eye care and hearing aid benefits, and maybe even a health club membership.

Seniors who are in an ACO plan, by contrast, are usually paying premiums to three plans (Part B, Part D, and Medigap) for traditional Medicare benefits. Even after that, there is no limit to their potential catastrophic expenses.

On the provider side, MA doctors are dealing with a relatively stable population that can be monitored, tracked, and serviced over a multiyear period. This is what makes integrated care possible. Enrollees know that they must generally stick to a network of providers as a condition of receiving the full set of benefits from their MA plan.

By contrast, seniors in ACO plans are not actually enrolled. They are assigned by the Centers for Medicare and Medicaid Services (CMS) to a primary care physician, and they usually don’t know they are assigned. Furthermore, ACO plans have been muzzled: Prior to this year, any communication to patients required CMS approval. Moreover, patients were not told that doctors with ACOs have financial incentives not totally dissimilar from an old-fashioned health maintenance organization (HMO).

Also, when ACO assignees go to an out-of-network provider, they (without their knowledge) might be assigned to another ACO. This type of churning, along with physician turnover, apparently happens so frequently, it’s amazing that ACOs have had any success at all. Until CMS changes its attribution methodology, this churning will continue.

Going forward, a new rule allows ACOs to communicate more freely with patients; it also requires ACOs to tell patients in writing that they are in an ACO and gives them some explanation of what that means. Even so, the MA market is better designed to meet four social goals: lower cost, higher quality, better information, and the ability to adjust to changes in market conditions.

CMS pays MA plans a global capitation rate each month, based upon beneficiary demographics, chronic conditions, and quality scores. Given a fixed payment, when an MA plan saves a dollar, it gets to keep the whole dollar. The plan reaps the entire benefit of its cost-reducing successes and bears the entire cost of its failures. If the MA market as a whole succeeds in lowering the social cost of care, Medicare can reduce its payment across the board to all plans (thus capturing the gain for the taxpayers) without changing these incentives.

By contrast, ACOs are not paid anything beyond Medicare’s standard fees unless they achieve cost savings in the range of 2 percent to 3 percent (depending on size) and an acceptable quality score. Even then, they are entitled to receive only a portion of the savings they generate. Some plans get to keep as little as 25 cents of every dollar they save, for example.

As plans become successful, Medicare raises the bar, changing the measurement of what constitutes a dollar saved, with a different standard for each plan. Thus, the more successful the ACO, the less it can expect to keep of each dollar saved, compared to other plans.

Also, ACOs do not receive their shared savings payment from CMS until at least September or October of the following year. This means that ACOs must use their own capital to fund any effort to institute integrated and coordinated care for up to almost two years before they receive a CMS payment.

For all these reasons, the incentives to reduce costs are much weaker for ACO plans than for MA plans. Notably, only a third of ACOs were paid anything by CMS in 2017.

MA plans are rewarded on a star system for meeting quality measures. Although the measurement of quality is imperfect—sometimes highly imperfect—the more stars, the more money the plan gets. Although Medicare may make the quality standard stricter over time, all plans are treated the same.

ACOs are also rewarded for meeting quality measures. The more successful the plan, the higher the percentage of monetary savings it gets to keep. However, since CMS continually raises the bar on what constitutes savings (plan by plan), ACOs that are more successful in reducing cost receive less of a quality reward than other plans with the same quality scores. And, as noted, there is a delay in payment. For these reasons, incentives for quality improvement are much weaker in the ACO system.

All systems for rewarding cost-reducing, quality-improving changes work only so well as the ability to adjust plan populations for case severity. Without this ability, we have no idea what we are paying for.

The MA program is the only place in all of Medicare where doctors actually send medical records to CMS to make Medicare’s payments more accurate. This practice probably results in a higher average patient code than otherwise. But legitimate upcoding is not a problem as long as it is uniform across all doctors. Medicare can always lower the capitated fees it pays across the board.

Coding is a problem when it differs from doctor to doctor, as it undoubtably does in traditional Medicare and in the ACO program. The MA risk-adjustment process helps Medicare by making its information more accurate.

In a previous Health Affairs Blog post, John Goodman and Thomas Saving noted that Medicare is trying to set hundreds of millions of physician fees every day. When it gets these prices wrong (as is inevitable), we get shortages and surpluses in the various specialties.

In Dallas, Texas, and other cities, for example, there are many internists who refuse to take new Medicare patients. Unlike ACO plans and traditional Medicare, where paying standard Medicare rates is mandatory, MA plans are free to pay higher rates to internists and other specialists to attract the services their patients need. MA plans can adjust to changes in market conditions; no other provider in Medicare can do that.

So why do ACOs even exist? The reason appears to be political. Although prominent Democrats had supported premium assistance for private Medicare plans in the past, by 2008, it was hard to find any Democrat who would support privatization in general, let alone privatization of Medicare. Also, Barack Obama ran for president that year criticizing MA plans. So, when Obamacare was created, the administration turned to stealth privatization. Seniors were led to believe Medicare was paying doctors fee-for-service as they always had, while (unbeknownst to seniors) the doctors who treated them gained financially if they reduced the volume of care.

Attachment to ACOs exploded, almost overnight. At last count, there were 32.7 million patientsenrolled in ACOs. This includes 10.4 million Medicare beneficiaries, who mainly think they are participating in traditional Medicare. Yet, unlike MA plans, which generally have lower costs and higher-quality ratings than traditional Medicare, the ACO experiment has been largely disappointing. Without the tools routinely used by MA plans ACOs are neither saving money in the aggregate nor are they improving the quality of care.

That said, the top plans in both systems appear to be doctor-run. In fact, most MA insurers now contract with independent practice associations (IPAs) to run their plans. By contrast, the low-performing plans tend to be hospital-run.

Also, fee-for-service-payment is not the important factor. IntegraNet Health of Houston, Texas—where one of us (Wedekind) is CEO—collaborates on a risk-sharing basis with high-performing major MA plans in Texas (four-star MA plans including Aetna and Anthem) and operates Physicians ACO, which has been one of the best-performing ACOs on the basis of earned shared savings on a per-member-per-year basis five years in a row. IntegraNet doctors are paid fee-for-service, but they do not order medical tests willy-nilly because they know that if they lower costs and improve quality they will earn a financial bonus at the end of each period based upon their individual performance relative to process and clinical outcome metrics, including HEDIS measures.

The original plan for ACOs was one of progression—from shared savings, to more savings for plans that take more risks, to full capitation. In other words, ACOs would look more and more like Medicare Advantage HMOs. For the Trump administration, we can’t seem to get there quickly enough. The administration is allowing Next Generation ACOs to have greater freedom to communicate with patients; reward patients for meeting compliance measures; offer additional benefits that patients must forgo if they go out-of-network; have broad freedom to use telemedicine; and in some cases, opt for full capitation.

The Trump administration is clearly pushing the envelope, in many cases acting to fill a void left by Congress. These changes will result in a very different health care system. It will be one that is shaped more by individual choice and market forces than by rules and regulations.