Do Democrats Have A Health Care Plan? 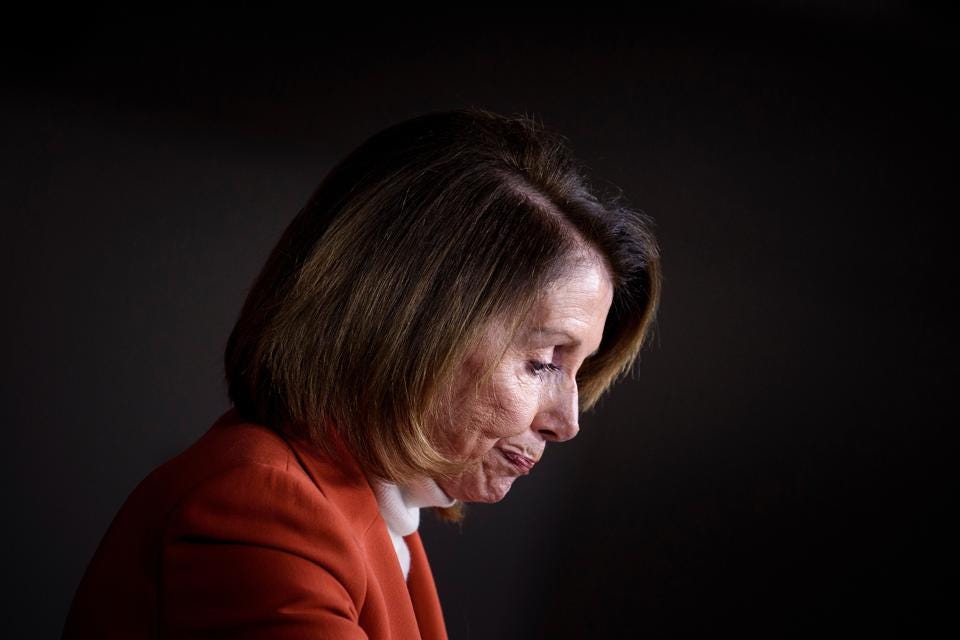 If nothing else, they have really promised to do something about health care. So what’s their plan?

To find out I went to a site called A Better Deal, which is maintained by Senate Democrats. This site tells you what you would expect to happen if the Democrats had captured the Senate as well as the House.

So let’s start with the 28 million Americans who have no insurance at all. What does the site promise to do about that? Nothing. Nothing? There’s not a word on the subject. What about Obamacare premiums that are two to three times what they used to be? Not a word about that either. What about sky-high deductibles that are causing people to skimp on needed care? Zero. What about narrow networks that exclude the best doctors and the best hospitals? Zilch. What about half the counties in the country having only one monopoly insurer and no competition? Nada.

Practically every Democratic campaign TV ad in the last election that mentioned health care focused on “pre-existing conditions.” Surely, I thought, Democrats will promise to do something about that. But, no. Not a word.

In fact, the only mention of health care at all is a vague promise to stand up to pharmaceutical companies.

(Yes, I am aware that about half the Democrats in the House have signed onto the “single payer” concept. But this appears to be little more than empty rhetoric, since it is being avoided by responsible Democrats in both chambers.)

So does that mean that Nancy Pelosi engineered a big lie? Were Democratic candidates simply playing on our fears and insecurities while secretly planning to do nothing whatsoever about any real problem?

Before issuing a guilty verdict, I checked one more source. New York Timeseditorialist Paul Krugman is usually pretty good at explaining Democratic thinking. In an editorial entitled How Democrats Can Deliver on Health Carehe proposed two ideas at the federal level he thinks we might be looking at: (1) let folks who are under age 65 buy into Medicare and (2) let Medicaid be a public option competing in the exchanges.

Krugman’s problem is one shared by many Democrats these days. He thinks that Medicare and Medicaid are government programs that are fundamentally different from private insurance. In fact, both programs have been so extensively privatized that these “reforms” might not involve much change at all.

Conventional Medicare these days is anything but attractive. In addition to Medicare Part A (covering hospital services), the typical enrollee must pay three premiums to three more plans: Medicare Part B (mainly doctor services), Medicare Part D (prescription drugs) and Medigap insurance (plugging many of the holes in all of the above).

After all that, seniors still don’t have complete protection against catastrophic expenses. If they end up on a hospital ventilator for an indefinite period of time, their financial liability is virtually unlimited.

For these reasons, more than one-third of all seniors opt for the Medicare Advantage program. This program provides private insurance, offered by such companies as Humana, Cigna, UnitedHealth Care, etc. The insurance looks very much like the insurance non-seniors get at work. Younger seniors are flocking to Medicare Advantage plans in droves. If Medicare were offered to people below age 65, it’s a good bet that the vast majority of them would choose to be in one of these private plans as well.

So why offer through Medicare the very same plans that are available in the private sector anyway? Seniors are heavily subsidized. They pay only about 20 percent of the cost of their insurance out of their own pockets. If we created a Medicare buy-in for younger folks, we could subsidize them to the same degree. But if we are going to subsidize young people, we don’t need Medicare. We could subsidize their insurance directly.

I have not heard a single member of Congress advocate spending more money to subsidize insurance that people already have access to. Yet a Medicare buy-in is likely to amount to little more than that.

As for the second idea, about two-thirds of Medicaid enrollees nationwide are in private-sector health plans. Moreover, the “Medicaid contractors” who operate these plans have turned out to be the most successful competitors in the Obamacare exchanges. One of them, Centene, has now enrolled almost one-fifth of all the Obamacare enrollees in the country.

The plans that Centene and others are offering in the exchanges look very much like Medicaid with a high deductible, and the quality is suspect. A year-long investigation by the Dallas Morning News found numerous examples of patient abuse in the Texas Medicaid program, and a Centene subsidiary was the contractor with the most complaints.

People who have been advocating a public option in Obamacare need to wake up and take a closer look. You’ve already got your wish.

So back to the original question. Do Democrats have a health care plan? Answer: not one that solves any real problems.

A version of this article first appeared on Forbes.com HERE