Why is Anyone a Socialist? 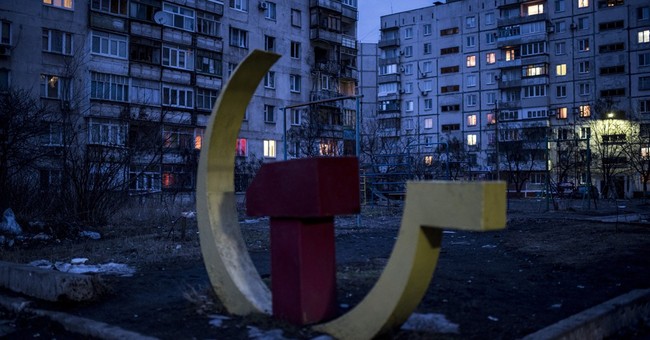 Socialism is the most discredited ideology in the history of political thought. That’s assuming you don’t count cannibalism as an ideology.

R.J. Rummel estimates that almost 170 million people were killed in the 20th century by their own governments. These were not deaths in war. They were the victims of genocide. The vast majority were killed by socialist governments, including the national socialists (Nazis) in Germany.

Why would anyone believe that? And why are so many Democrats now donning the “socialist” label. In a recent poll more Democrats were positive about socialism (57 percent) than about capitalism (47 percent).

Are people socialists because they believe in equality of income? Socialists talk a lot about inequality under capitalism. But where does one find the most grotesque inequality?  It’s under socialism.

Anyone who cares about equality must find these revelations morally abhorrent. But when is the last time you heard an American socialist, or even a liberal, complain about them?

Are people socialists because they object to the exploitation of workers? A cardinal tenet of Marxism is the idea that workers do not get to keep the value of what they produce. Instead, the capitalists extract a surplus from them – that is little better than theft.

Marx wrote several decades before the development of the economic concept of marginalism (usually associated with Alfred Marshall). Today, all mainstream economists believe that workers get paid wages that are roughly equal to their marginal product (the value of what they contribute to the products their employers sell).

However, there is one system under which workers are routinely paid less than the value of what they produce. It’s called socialism.

For example, Cuba pays its doctors the equivalent of $67 a month and nurses $25 – sums that must be far below any fair estimate of their economic contribution. (The average monthly salary for all Cuban workers is $25, according to official statistics.) Cuba also lends doctors to other countries – roughly 50,000 a year, including 30,000 in Venezuela. Although the government doesn’t say how much it pays its doctors on foreign soil, it is clearly less that what Cuba collects from the host countries: an $8.2 billion “profit” was expected in 2014 alone.

When is the last time you heard an American socialist, or even a liberal, complain about the exploitation of workers under socialism?

Are people socialists because they think socialism works? No one can seriously believe that. At the time North Korea and South Korea were divided, the populations were genetically the same and culturally the same. Consider these differences today:

Small wonder that people risk their lives to escape to the south. No one is risking anything to go north.

So why are so many Democrats identifying as socialists?

According to New York Times columnist Paul Krugman, the socialists aren’t really socialists after all. What Democrats like Alexandria Ocasio-Cortez and Bernie Sanders really want is a liberal welfare state like Denmark, not a hell hole like Venezuela, he writes.

Yet Krugman is doubly wrong. It turns out that although Denmark has an extensive welfare state, it has one of the freest economies in the world. In fact, it ranks very high on the Fraser Institute’s economic freedom index. It ranks above America, for example, on protecting the right of private property.

And as for what motivates the left in this country, it isn’t their love of the welfare state. It’s their hatred of capitalism.

More than 200 years ago, Adam Smith explained the essence of a market economy this way:

It is not from the benevolence of the butcher, the brewer, or the baker that we expect our dinner, but from their regard to their own interest.

In other words, the way you increase your income and wealth is by meeting other people’s needs. The more needs you meet and the better you meet them, the more successful you will be.

No matter how true this observation may be, there are many on the left who hate the idea that the best way to help yourself is by meeting the needs of others.

← What You Need To Know About Medicare For All, Part II Employers Could Slash their Health Costs Overnight. So, Why Don’t They? →