Study: Most of The Benefits of Tax Reform Are Not Going to The Wealthy 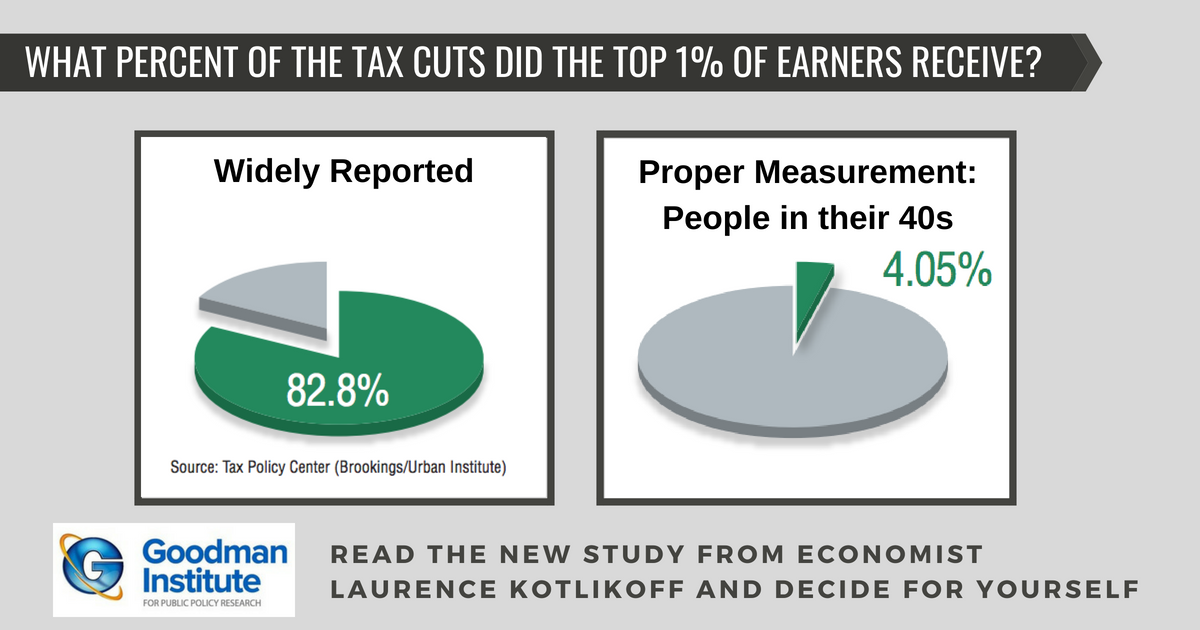 Although widely reported in the national news media, the claim that most of the benefits of tax reform are going to the wealthy is wrong according to economists whose ideas were used in shaping the legislation that was enacted last year.

In a report for the Goodman Institute, Boston University economist Laurence Kotlikoff says that under the new tax regime, the top 1 percent of income earners will actually bear a larger share of the tax burden than they did under the previous system.

“There was no give-away to the rich,” he said. “If anything, the tax system has gotten slightly more progressive.”

The Tax Policy Center (sponsored by the Brookings Institution and the Urban Institute) says that 82.8% of the benefits of tax reform will accrue to the wealthiest taxpayers.  But according to FactCheck.org, that claim is more than misleading. The Center’s own numbers show that if the individual tax cuts are made permanent, the share going to the top 1 percent will receive 25.3% of the benefits. And most people in Washington think the tax cuts for individuals will be made permanent.

But Kotlikoff says that “Even if the tax cuts are not made permanent, the Tax Policy Center is way off the mark. Among 20-year-olds, only 4.05% of the benefits would go to the top 1 percent. Among 40-year-olds, the share would be only 6.54%.”

Kotlikoff says that the center (and other economic organizations) are using tools that are decades old and out-of-date. Among the mistakes they make are:

New methods available to economists do not make these mistakes, according to Kotlikoff. A study he and his colleagues have completed concludes that:

See more of the study: https://www.goodmaninstitute.org/study-83-of-the-tax-cut-did-not-go-to-the-very-rich/

← Economist: Trump Throws a Life Belt to People Who Buy Their Own Health Insurance Private Insurance Declined During the Obama Years, Despite $341 Billion in Subsidies →