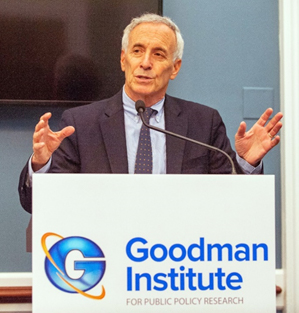 Originally posted at U Express, July 2017.

Conventional banking has two ingredients that make financial collapse inevitable — leverage and opacity. Thanks to lobbying by the big banks, Dodd-Frank, the Vickers Report and other recent banking regulations do precious little to change this lethal brew. Instead, they’ve raised regulatory compliance costs, giving big banks a greater competitive edge and increasing their market share. The new regs also make bank runs more, not less, likely. Their restrictions on bailouts send a clear message to creditors — run even faster to reclaim your money at the first whiff of financial trouble.

Fortunately, conventional banking is not the only game in town. One-hundred-percent equity-financed mutual fund banking with full disclosure of the mutual fund’s assets provides an alternative model. I proposed this innovative idea in my book “Jimmy Stewart Is Dead.” The model is called Limited Purpose Banking (LPB), because it limits financial institutions to the role of middlemen — connecting borrowers and investors, facilitating savers, etc. — without owning any financial assets themselves. LPB is taking hold alongside conventional banking and may someday efface it.

LPB mutual funds are like mutual funds in which you hold your 401(k), IRA, Roth and other retirement account money. They are, effectively, small banks — except they sell shares to gather funds to invest. They borrow not a single penny. As a result, they can never go bankrupt. With the entire financial system consisting of LPB mutual funds, no financial institution will ever fail, and the banking system becomes riskless.

By the way, during the financial crisis of 2008, not a single equity-financed mutual fund, which, to repeat, is effectively a non-leveraged bank, failed or needed to be rescued. The only mutual funds that ran into trouble were money-market mutual funds, which were effectively leveraged. They promised to pay back at least what people put in, no matter how the investments did. (This is called “backed to the buck.”)

Where do we see LPB taking hold? For starters, consider Bitcoin and other electronic currency vaults. They are essentially LPB cash mutual funds — mutual funds that hold only cash. They provide a safe payment system that can never collapse, barring technical disasters. Next, consider peer-to-peer lending. These are closed-end mutual funds that purchase the loans of small- to medium-sized enterprises. The investors have equity stakes and they can go online and check out their investments in real time. That’s a form of disclosure you will never get from, say, JPMorgan Chase.

A third example is LPB pari-mutuel funds. These are equity-financed funds that provide a failsafe derivatives market. The term pari-mutuel comes from the type of betting that occurs at a racetrack. Some people bet on horse A, some on horse B. All the money is on the table, and whoever picked the winning horse gets the pot, less the track’s fee. If horse A is Deutsche Bank bonds default (over a given period) and horse B is they don’t, the LPB pari-mutuel fund covering this bet is a Deutsche Bond Credit-Default Swap market. Predictious.com is an example of this type of LPB derivatives mutual fund. And, very interestingly, it permits the use of Bitcoins to settle deals.

What about mortgage lending? LPB mortgage mutual funds could materialize overnight, via either peer-to-peer lending or by slightly transforming the centuries-old Northern European covered-bond market by forcing investors to take on the default risk of the mortgages that cover the bonds.

Another big move toward Limited Purpose Banking was made, believe it or not, by the Securities and Exchange Commission. It’s forcing U.S. money-market mutual funds to stop falsely guaranteeing that invested funds are backed to the buck. This is the case, for now, with respect to large investors. But it’s a small step to make it universal.

If you count money-market funds, some 30 percent of the U.S. financial market already consists of 100 percent equity-financed mutual funds. And since most Americans do most of their saving in retirement accounts, which are primarily invested in equity-financed mutual funds, most Americans already do most of their banking with LPBs.

Limited Purpose Banking is here and growing. Over time, it will take over all of banking and make financial intermediation the boring, riskless business it was always supposed to be.

And, for you personally, it means a) that investing a small portion of your assets in Bitcoin may be sensible and b) that you should keep on top of the new financial technologies as they develop, which can keep you safe from the next financial storm.