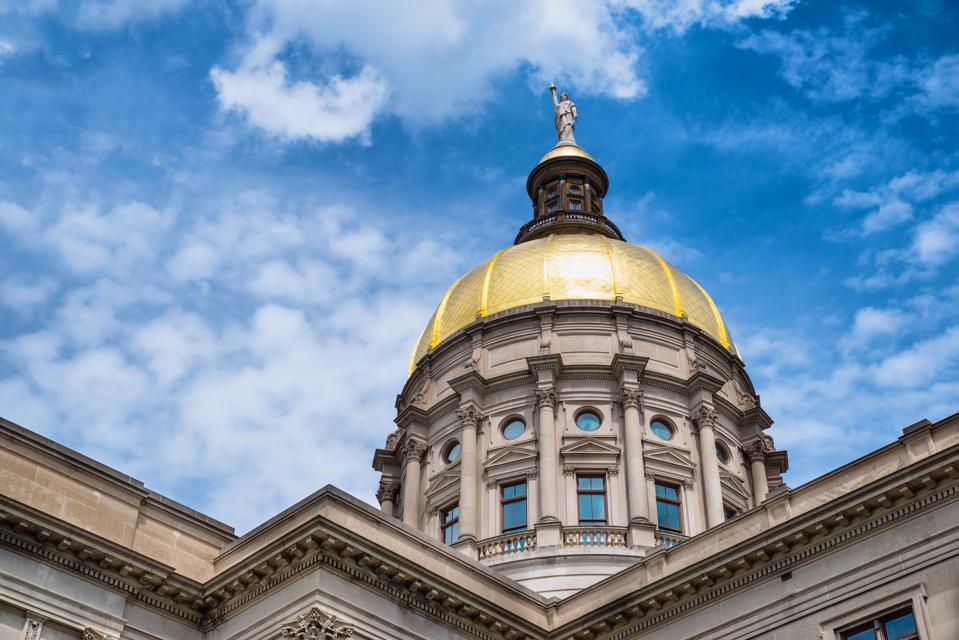 Tuesday’s election in Georgia’s 6th Congressional District has important lessons for both parties.

The Democrat started out attacking Donald Trump and then went on to other messages. The Republican attacked Nancy Pelosi throughout. But on election eve, voters were telling reporters that health care was what they cared most about.

Karen Handel, the Republican candidate, should have been very vulnerable on this issue. Polls show that even Republicans are opposed to most of what the GOP is doing in Congress. What her website said about health care was far weaker than the website of Jon Ossoff, the Democrat. The problem for Ossoff: he had no real plan to make Obamacare better. Perhaps for that reason, he left health care out of most of his campaign ads.

Here is the bottom line. Republicans are horribly vulnerable on health care – at least if they continue on the path they are now on.  Let’s be clear about what that path is. They are repealing large chunks of Obamacare, while ignoring Donald Trump’s promise to make health care cheaper and better and leave no one behind. But Democrats may not be able to capitalize on this opportunity if they can’t come up with a solution of their own.

Strange as it may seem, the idea behind Obamacare started with Republicans and was enacted by Democrats. But both parties have gone 7 years without ever once seriously considering how to correct the obvious problems with the health reform we have been living with.

The morning after the Georgia election, Republicans were gloating. Some even said the election shows there is no reason to change course on health care. No matter how bad their repeal legislation, they can win in 2018 anyway, is the current attitude.

But before the Republicans get too smug, I propose two wakeup calls:

First, go to the websites of the two candidates and see what they had to say about health care. Ossoff’s platform was all about reforming the health care system and making people’s lives better. Even if he had no idea how to do it, he was promising to meet the needs of his constituents. Here are some particulars:

Handel, by contrast, was disadvantaged by having to defend the House Republican health bill. It repeals parts of Obamacare, but it doesn’t even try to reform the health care system. Therefore, Handel couldn’t make the kind of promises Ossoff was making – and she didn’t even try. Here is what she said:

The current GOP proposal working its way through the House of Representatives remains a work in progress, but it is on the right track. It eliminates the individual mandate and related fines and repeals most of the taxes, including the medical device tax, and the so-called “HIT” tax.

The second wakeup call comes from voter polling. A new survey from the University of Maryland’s Program for Public Consultation finds that 63 percent of Republicans in deep-red districts dislike the House repeal-and-replace bill (the AHCA). As for specific provisions:

Among independents, the dislike totals are even higher.

House Republicans didn’t repeal Obamacare. They repealed parts of it. Among those provisions they repealed were a lot of things Republican and Independent voters liked. But since all their focus was on repeal and since they did almost nothing to reform the system, their legislation sounds like all costs and no benefits to many voters. When it comes to health care, Republicans seem to be promising all pain and no gain.

This doesn’t bode well for the 2018 elections. But if Democrats don’t have a credible alternative of their own, their prospects don’t look that great either.

So, what can be done? As I explained in a previous post, health care must be reformed in a way that solves problems. There is no reason why Donald Trump’s campaign promises can’t be kept. We can have cheaper insurance and better insurance and insure almost everybody at the same time – with the same money we are now spending.

Yet of all the pieces I have posted at Forbes, this one had the least number of views.

This article was originally posted at Forbes on June 22, 2017.

← Do Conservatives Really Want To Repeal Obamacare? How to Make Health Insurance Affordable and Attractive: Lessons for the Senate →