Trump’s Red Line Was Just Crossed And He Blinked: The Geopolitical and Economic Fallout 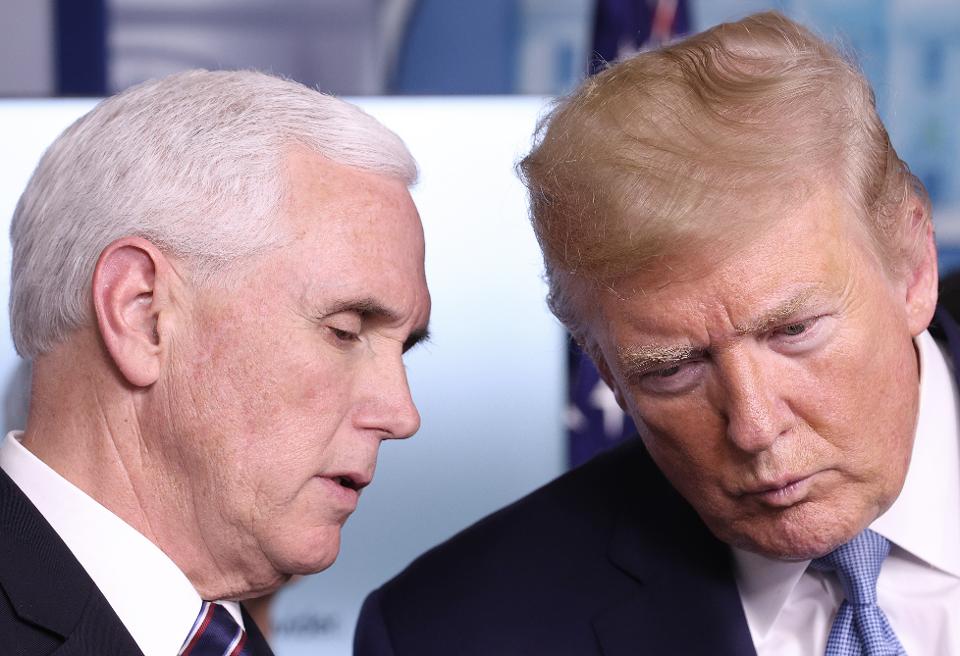 Last Saturday, North Korea test fired yet another long range ballistic missile this time from a far more dangerous mobile platform. Back on New Year’s Day, When North Korea threatened to test missiles, Trump tweeted, “It Won’t Happen!” Well it happened and Trump’s response was deafening silence. Trump had time that day to engage in a childish tweeting duel with Mark Cuban, but he had no time to comment on North Korea’s crossing his red line.

Yesterday Trump stated, “Obviously, North Korea is a big, big problem and we will deal with that very strongly.”

Trump’s red line on North Korean missiles is infinitely more important to our country’s national security than the one the Syrians crossed when they attacked insurgents with poison gas. In that case, the Russians facilitated the saving of President Obama’s face by overseeing removal of much of the Syrian stockpiles of gas.

Perhaps Trump is just taking time to figure out how to react?

Hard to believe. He’s had a very long time, before, during, and after the campaign, to consider how to handle our country’s greatest national security threat. If “It won’t happen!” was just blustering by someone with no real backbone, which appears to be the case, then we have elected a very different President than many people think.

In fact, the evidence is mounting that Trump is largely hot air when it comes to standing up to anyone who can hit back. This includes the Republican members of Congress, who appear to have a very different economic agenda than the President.

Trump said time and again that Mexico would pay for the wall. Now he says that we will pay for it, at least for now.

Trump accused China of stealing our jobs and manipulating its currency and suggested hitting China with 45 percent tariffs and ending the One-China policy. He’s stopped talking about tariffs and last week reaffirmed the One-China policy. As for manipulating its currency, an accusation he and his trade “economist,” Peter Navarro, have also levied against Germany and Japan, Trump’s provided no evidence supporting this assertion, let alone raised a coherent case against these countries in any international forum. There was also, it seems, no mention of currency manipulation in Trump’s recent meeting with Japanese Prime Minister Abe.

Trump promised a Muslim ban in the campaign. The actual ban he imposed via executive order was a temporary ban on visitors from 7 Muslim countries representing a small fraction of the world’s Muslim population. After having that order rescinded by the Ninth Circuit Appeals Court as unconstitutional (and amen to the 9th Circuit), Trump tweeted, “SEE YOU IN COURT.” suggesting he’d appeal their decision to the Supreme Court. Two days later we learned he’s not appealing. Then he suggested he’d reissue his executive order. Have you seen it?

Trump said in the clearest possible terms that he’d move our embassy from Tel Aviv to Jerusalem. But he’s now backing off this commitment as well.

Trump repeatedly intimated he would lift all or most sanctions on Russia. With the Flynn scandal and Congressional opposition, this too is turning into a pipe dream.

As for economic policy, Trump pledged to replace, not just repeal Obamacare. So far the only steps Trump has taken involve issuing an executive order that may weaken Obamacare to the point that it implodes. Almost one quarter of his first hundred days are up and he has articulated no plan to keep the country from returning to the pre-Obamacare days of 50 million uninsured, including 8 million children.

We’ve also seen nothing concrete on his pledged 45 percent tariff on goods produced abroad by U.S. companies and imported into the U.S. Trump has either not asked or failed to find a single member of Congress to sponsor a bill to impose tariffs on any country, let alone our own companies.

What about Trump’s pledge to spend $1 trillion on infrastructure? That requires an act of Congress, but no one in Congress seems to be introducing any such bill.

As for the most important element in Trump’s economic agenda — tax reform, Trump’s plan is at odds with the far better plan developed by the House Way & Means Committee. To date, Trump has criticized the Ways & Means tax plan as too complicated (Come on Donald! Use your noggin. It’s just a standard VAT plus a wage subsidy!). He has not advanced his own tax reform plan or explained why it’s better.

Finally, there’s Trump’s pledge to restore Glass-Steagall, which the House Financial Services Committee has no plans to do. Instead it primarily seeks to repeal Dodd-Frank, which Trump has already assisted via executive order.

These are examples of cheap talk, in which the President says he’ll do X, but then either says he a) won’t do X or b) does nothing or little to achieve X. Now, to be clear, I’m not endorsing Trump’s Xs with the exception of “It Won’t Happen.” I.e., I advocate telling North Korea that last week’s missile test was their last and that we will use force to ensure they don’t launch another missile until they destroy their nuclear weapons and means of producing them.

What I’m doing is pointing out that the President is quickly revealing himself to be not just someone who routinely lies, but someone who is making himself impotent by caving on a routine basis. This is a very different perception of Trump than the strong-armed autocrat that he has tried to mimic. The truth may be that we have a weak and directionless President who will let our foreign adversaries do whatever they’d like and let the Republicans in Congress call the shots on domestic policy.

If NOT HAPPENING isn’t happening, where will we stand four years from now with North Korea’s nuclear threat, with China’s control of the South China Sea, with Russian intervention in the Ukraine, or with Iran’s development of its long range missiles, which may today be able to deliver nuclear weapons acquired from North Korea?

This is a vision of the future that’s very far afield from what Trump supporters were sold. But then again, they were told things by someone whose word is close to meaningless and who is a master at breaking the deal.

This article was originally posted at Forbes on February 14, 2017.