Picking up the torch from Scott Burns 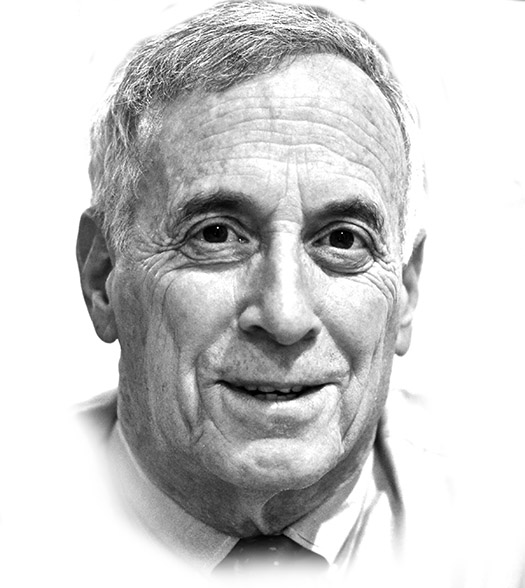 Originally posted at My Statesman, February 2017

Picking up the torch from Scott Burns

My grandmother, Bessie Cohen, loved Johnny Carson. She lived for Ed McMahon’s nightly scream, “Heeeeere’s Johnny.” When Carson retired, I knew Mom-Mom, who was 92, would take it hard. Sure enough, she passed within a week.

Another beloved celebrity just retired — Scott Burns. Whether this raises the death rate remains to be seen. It will devastate his hordes of devoted readers.

Celebrity is the last word Scott would apply to himself. He’s the epitome of modest. But Scott is truly someone to celebrate. Scott, in fine health and happy as a clam, is retiring after columnizing for 40 years.

The columns were concise, beautifully written, folksy and full of humor. Each took us to a new place or a new perspective.

— “CASTINE, Maine — With the afternoon wind flagging, we round the point and head into the harbor, coming off a brisk reach from Belfast and Searsport. My brothers and I are aboard the Mon Ami, a 30-foot Contest sloop built in 1973. Mon Ami has seen better days, including a Bermuda race, but she’s still ‘good to go’ in spite of her age.

Our expectations for Castine are simple. Lobstah.”

— “DRIPPING SPRINGS, Texas — Food here is pretty basic, too. You’ve got all the fundamental food groups: Dairy Queen, Domino’s, McDonald’s, Schlotzsky’s, Sonic, Subway and What-a-Burger. Not to mention Railyard Bar-B-Q or the legendary Salt Lick for your brisket.”

— “COUNT YOUR FATHERS: Many men wish that they had ‘a real father.’ I was one of them. I have few memories of my biological father. All are of being a little boy, sitting on bar stools. They are good memories because that is where I learned about pizza pies, birch beer, smoked herring and sips of actual beer. My stepfather, who entered my life when I was 10, had the impossible job of living up to my imagination of what a father should be and do.

“I spent a lot of time angry and sorry for myself.

“Only when I was in my 30s did I realize that many men had been fathers to me. They may, in fact, have done a better job than any natural father could have done. So let me tell you about my fathers. Maybe it will help you make a list of your own.”

— “MEDITATION ON MCDONALD’S — ONCE MORE: What a disappointment! I went to McDonald’s to see smiley faces. I thought the Affordable Care Act would provide everyone on the other side of the counter with a look of sublime, health-insured confidence. But there was no visible sign.

“No matter how much the Washington mandarins finagle the costs with mandates, faux controls and subsidies, it’s still more than the country can afford. Health care doesn’t cost so much in other countries because it isn’t practiced or administered in the same way as ours.”

Scott bestowed on me the enormous honor and impossible task of taking over his column. I know Scott Burns; he’s a friend (and three-book co-author) of mine. I’m no Scott Burns.

I’m an economist — a professor at Boston University.

There are two silver linings. First, Scott has agreed to write the occasional guest column. Second, we’ll have our own love affair. I’ll find you seemingly magical ways to safely raise your living standard. I’ll do so, in part, using my company’s Social Security and financial planning tools (e.g., maximizemysocialsecurity.com). I’ll also give you my perspective on local, regional, national and international issues.

Yes, I’m an economist. But I don’t start every sentence with “On the other hand.” Take a look at www.kotlikoff.net and www.kotlikoff2016.org. You’ll see you’re in for a different, but exciting ride.

In closing, let me quote Scott.

“All of us suffer losses. Sometimes we suffer them alone, sometimes collectively. What is amazing is our capacity to recover, restore, rebuild, renew and create.”

This article was originally posted at My Statesman on February 4, 2017.

← Will Trump's Stupid Economics Crash Stock And Bond Markets? How The Fed Can Save The House Tax Bill →