Why the Republicans Don’t Have an Obamacare Replacement Plan 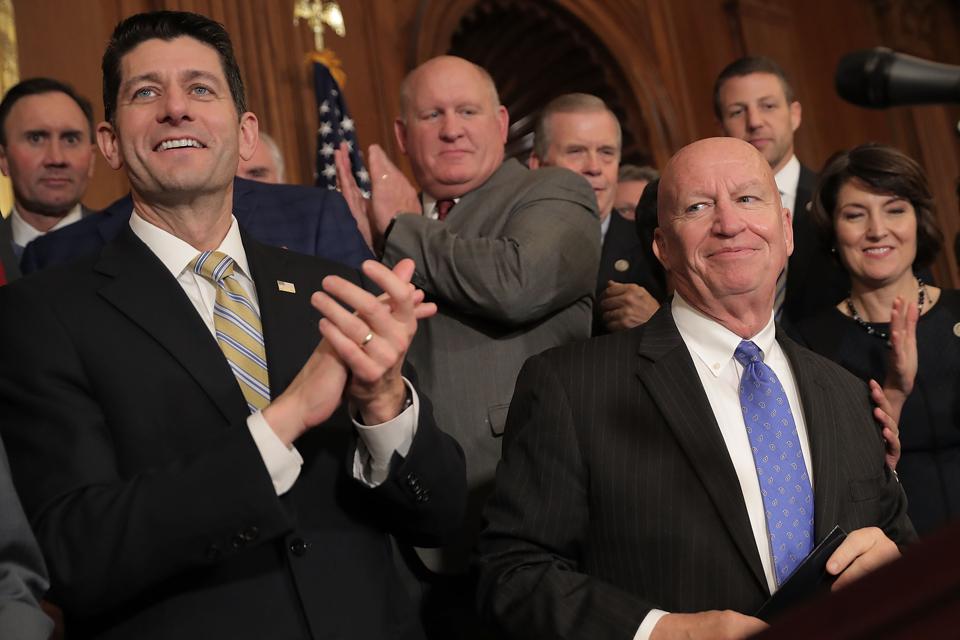 Do you think it is a bit strange that after 7 years, Republicans in Congress still don’t have a replacement plan for Obamacare? Or that they now tell us that developing one will take 3 or 4 more years. And of course, once they have a plan it will take state governments and insurance companies two or three more years to phase it in. So, we are looking at a decade’s delay. That’s if we are lucky.

Suppose the tables were turned.  If Obamacare were a Republican reform and Democrats controlled Congress, how long would it take the Democrats to come up with a better plan? They’d do it in a heartbeat. They would do it by doing what Democrats are traditionally good at: putting ideology aside and finding solutions that make all the major stakeholders better off.

Why can’t Republicans do that? Because they don’t know how to put ideology aside and they are unable to honestly communicate with their base on what Obamacare reform really means. The result is a series of Republican plans with elements that almost all Republicans have already said they won’t vote for.

Turning 23 million people into anti-Republican voters. Sen Chuck Schumer explained sometime back where the Democrats went wrong. Almost everyone who votes (95%) already has insurance. So, in creating Obamacare, the Democrats spent a great deal of money on people who don’t vote. How is that good politics, he asked?

But doesn’t that work in reverse? If the previously uninsured beneficiaries of Obamacare don’t vote, can’t the Republicans take away their insurance without fear of electoral retribution. The answer to that question is probably not.

The reason was explained by economist Robert Frank in the New York Times on Sunday. People view losses and gains asymmetrically. For example, you have to pay them twice as much to give up a coffee cup they possess as they would have paid for the cup in the first place. Even though the people who are benefiting from Obamacare probably didn’t vote for the people who gave it to them in the last few elections, they might well go vote against any politician who takes their benefit away.

According to Frank, “Research on loss aversion … suggests that the repeal would precipitate a political firestorm of epic proportions.” All serious Republican leaders seem to agree with him. Is Mitch McConnell going to vote to take health insurance away from the 231,000 Kentuckians who are newly insured under Obamacare? He has already said he will not. Other Republican leaders have said much the same thing.

So, what’s the answer to this problem? Any serious reform will have to grandfather people. Republicans are going to have to make the same promise President Obama made: If you like your plan you can keep it. Yet, with only one exception, letting people keep Obamacare if they like it is not part of any Republican replacement plan

Imposing a Republican Cadillac plan tax on blue collar workers. Many Republican replacement plans begin by abolishing Obamacare — including all the revenue that funds Obamacare. An example is the bill sponsored by Tom Price, Donald Trump’s choice to head the Department of Health and Human Services. Then, in order to avoid taking insurance away from millions of people, they have to find a new source of revenue. In almost every case that means a new tax on the health insurance benefits of ordinary workers, or a Republican version of the Cadillac plan tax. Specifically, the Republicans imagine limiting the amount of pretax spending on health insurance that can be excluded from income and payroll taxes.

How large will this tax have to be? The Congressional Budget Office estimates that if the Obamacare Cadillac tax is replaced by a Republican Cadillac tax – one that reaches half the health plans in the country — the new revenue would equal about $429 billion over the next ten years. When combined with other savings, this might allow Republicans to offer the newly insured under Obamacare a level of subsidy similar to what they are receiving today, on the average.

The problem: Donald Trump campaigned on a promise to give middle income Americans a tax cut, not a tax increase. A second problem: virtually every Republican in the House of Representatives is on record as opposing a Cadillac tax.

Shifting burdens from the wealthy and the special interests to the middle class. When Obamacare is repealed, along with its revenues, that will lower taxes on insurance companies, drug companies, big business, big labor, device companies and a host of others. For the most part, these are the special interests who helped give us Obamacare. They almost all agreed to be taxed because they expected to profit in one way or another from health reform. If truth be known, most aren’t even asking for their money back. Yet, Republican proposals are determined to give it back anyway.

If a new Republican Cadillac tax replaces those revenues with a tax on employee health plans, it’s hard to imagine a total reform package that would be less popular. Democratic friends over at the Brookings Institution are probably gleefully awaiting the chance to pounce, once the Republicans trot this idea out in a serious way.

To ease the burden, some Republican plans turn to Medicare. In general, Obamacare will cut Medicare spending by $802 billion over the next ten years and $350 billion of that represents lower payments to doctors and hospitals. Further, these cuts continue forever and they will have worrisome effects in future years. As Thomas Saving and I wrote in Health Affairs:

One way to think about these changes is to compare them to the average amount Medicare [was previously spending] on enrollees each year. For 65-year-olds, the forecasted reduction in spending is roughly equal to three years of average Medicare spending. For 55-year-olds, the loss expected is the rough equivalent of five years of benefits; and for 45-year-olds, it’s almost nine years.

Unlike the Price plan, which would restore Medicare to its traditional spending path, Paul Ryan’s A Better Way plan keeps these cuts in place. At the same time, the Ryan plan repeals the Medicare payroll tax on the wealthiest taxpayers. Thus, the Ryan plan could be even more unpopular than the Price plan – since it seems to cut taxes for the wealthy and the special interests on the backs of the elderly, the disabled and people who earn health insurance as a benefit at work.

One way to think about Obamacare is to see it as a giant exercise in burden sharing. Whether you think it was fair or not, everybody had to give up something. That’s not true of the Republican proposals, which are overly friendly to K Street and the top 1 percent and decidedly unfriendly to the most vulnerable in our society.

This article was originally posted at Forbes on December 20, 2016.