Who Do You Trust More: Your Doctor or The Government? 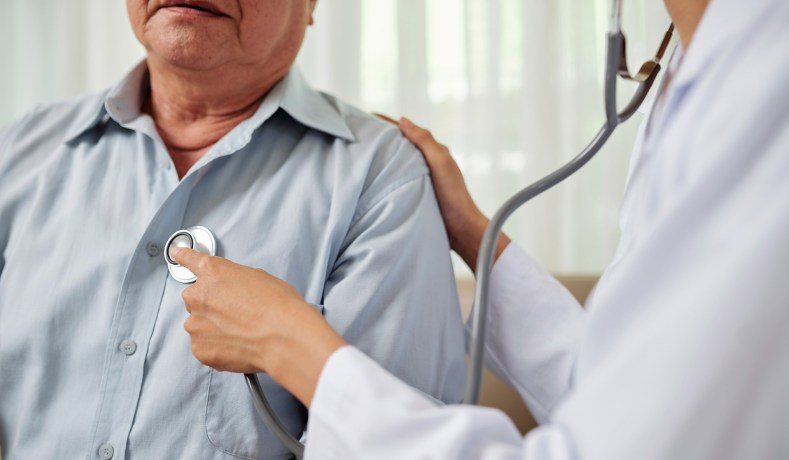 Medicare already has the most complicated medical payment formulas found anywhere in the world. They are about to get a whole lot more complicated. You should care, even if you’re not a senior. That’s because employers and private insurers tend to pay doctors the same way Medicare pays.

What’s the point of this change? The government’s own web site says that under the Medicare Access and Chip Reauthorization Act of 2015 (MACRA), Medicare will start paying doctors based on quality rather than quantity. If you ask most doctors, they will tell you they have been delivering quality care all along.

What is true is that the government’s current payment formulas create perverse economic incentives — to maximize income against the formulas instead of putting patient welfare first. The goal is to change those incentives, so that providers will get paid more if they lower costs and raise quality.

But after the new formulas replace the old ones, provider incentives in a very real sense will be unchanged. They will still have an economic incentive to maximize income by exploiting the formulas, even if that is at the expense of their patients.

Here is more about what you need to know.

Cookbook medicine. Ultimately, MACRA is an attempt by the federal government to tell every doctor in America how to practice medicine. Starting with Medicare, it will pay more to doctors who practice the government’s way and less to doctors who don’t. No matter how strict or how loose the initial round of incentives, it is very clear where this is going: MACRA is the first step toward cookbook medicine, removing discretion from those with training and experience and seasoned judgment in favor of rules written by bureaucrats, far removed from the idiosyncrasies of the patients who need care.

Our experience so far. The pay-for-performance approach embraced by MACRA has been tried many times in pilot programs and demonstration projects in this country and abroad and the results have been uniformly disappointing. (See here, here and here) The government is already punishing physicians who fail to implement electronic medical records, yet it admits it doesn’t know if the benefits are greater than the costs. The same is true for its experiments with medical homes and Accountable Care Organizations (ACOs), as documented in this very excellent overview by Kip Sullivan.

ACOs, by the way, were created by Obamacare. They are the administration’s flagship effort to impose pay-for-performance on the entire health care system. Yet, as this review by Anish Koka demonstrates, there is nothing in the ACO experience to suggest that the nation would gain by their expansion.

The end of private practice. One unfortunate consequence of MACRA is that physicians will be driven out of private practice and into group practice or into hospital employment. This is because MACRA will hold physicians accountable for outcomes measures which they cannot possibly control on their own. For example, a diabetic might be seeing a primary care physician, a neurologist, an endocrinologist, a nephrologist and a cardiologist. No one of these controls what the others are doing. Yet they all might be rewarded or punished based on the patient’s overall health outcomes.

A possible way for private practice to survive this type of regulation is in the form of concierge medicine (or direct pay medicine), where the Primary Care Physician coordinates care among one or more specialists. But there is nothing in the legislation that encourages this approach, despite evidence that concierge care improves outcomes. (See this very excellent Heritage Backgrounder by Daniel McCorry.)

Even before MACRA, private practice seemed to be under assault. An estimated 71,000 physicians left private practice for hospital employment between 2005 and 2013, with an additional 27,000 projected to leave by the end of 2016, in large part due to the Affordable Care Act. That’s about one out of every eight physicians in the country.

Paperwork and bureaucracy.  Heritage Foundation scholar John O’Shea reports on an a finding that a typical medical practice currently spends 785.2 hours a year per physician to track and report quality measures at a cost of $40,069 per physician. Three quarters of the doctors say these measures are doing nothing to improve patient care. And that’s without MACRA. With MACRA, things will surely get worse. In a study for the Galen Institute, Carol Monaco notes that the final MACRA rule is 2,398 pages long and writes:

[The program] will be, in the coming months and years, Medicare’s data-driven, electronically-formatted clinician payment program, complete with weights and measures, benchmarks and thresholds, numerators and denominators, percentage points and deciles. All of which are expected to “incentivize” physicians to provide comprehensive, patient-centered health care in a cost-efficient manner.

Yet rather than a mad rush toward cost efficiency, O’Shea reports that nearly 40-percent of doctors expect a “mass exodus” from Medicare over MACRA. If that happens, waiting lines will grow for senior patients and access to care will be severely affected.

Risks for Patients. Among other pay-for-performance measures, MACRA will apparently use some 33-quality metrics such as the LDL cholesterol count. Although these are supposed to be based on medical science, their implementation could be bad for patients. For example, doctors often prescribe statins to lower LDL, but statins may contribute to diabetes and even Alzheimer’s. Thus, the doctor who gets a short term financial gain for lowering the LDL count may be causing long term harm to the patient.

A better way. There is one major sector of our health care system where medical homes, coordinated care, integrated care and electronic medical records are actually working: in Independent Physician Associations (IPAs) under contract with Medicare Advantage plans. The IPAs have managed to achieve excellent results without any instruction from CMS. Yet the Obama administration has been hostile to MA plans from day one (Obama even campaigned against them in 2008) and has promoted Accountable Care Organizations (ACOs) instead.

For reasons explained here, the experience of ACOs is far inferior to MA plans and the most successful ACOs are often run by IPAs who also manage MA plans.

If the government’s metrics are sound, why not allow health plans to advertise their metrics to potential enrollees and compete on these quality measures. Right now, they cannot. Every communication from health plans to Medicare enrollees must be approved by CMS. Have you ever heard of a health plan advertising its success (versus other plans) in lowering A1C, blood pressure, BMI, etc.? Under MACRA, health plans profit by satisfying the government, not their customers.

Better yet, why not let the market (rather than government) decide on the quality metrics? Let the health plans disagree on the appropriate use of statins and on other therapies and compete for enrollees based on the case they make.

This article was originally posted at Forbes on October 24, 2016.

← Thousands of Win/Win Policy Changes Are Being Ignored by Politicians, Says New Report Why Should The Young And The Healthy Bail Out Of Obamacare? →