Does it Pay to Work? 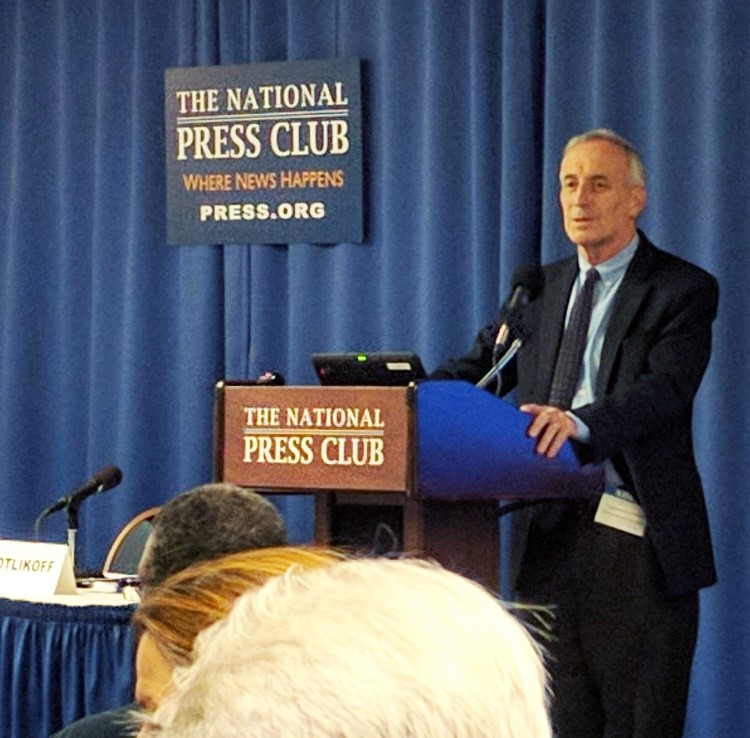 The room at the National Press Club in Washington DC was packed as Boston University economics professor Laurence Kotlikoff prepared to address them last week. In attendance were economists from the Treasury, the Congressional Budget Office, Washington DC think tanks and the staff of the tax writing committees on Capitol Hill. They came to witness something economists had never seen before.

What Kotlikoff unveiled were the results produced by he, UC Berkley economist Alan Auerbach and two of their colleagues: a calculation of the lifetime consequences of earning extra income, in light of 30 different federal and state tax and entitlement programs.

The results were stunning.

Most of us tend to think of income taxes as the main deterrent to working and earning income. But it turns out that the withdrawal of entitlement benefits – including Social Security, Medicare and Medicaid – can sometimes impose a much bigger penalty than overt taxes.

Take a senior on Medicare whose income is $85,000. If the senior earns an additional $1,000 (say, by working or simply withdrawing it from a IRA), his annual Medicare Part B premium will increase by $584.40. Medicare alone take’s more than half the senior’s extra earnings, in addition to other taxes. If the senior’s income is $107,000, an additional $1,000 of earnings will cause his premium to rise by another $877.20. That’s an 88 percent marginal tax rate, before any other taxes kick in.

When these Medicare premium increases were first enacted, it was argued that they applied only to high income households. Initially they did. But they are not indexed for inflation. So a middle age worker earning an average income of $50,000 today will very likely get hit by higher premiums by the time she enrolls in Medicare – due to the effects of inflation alone.

Although these penalties kick in during the retirement years, their economic effects stretch all the way back over an individual’s work life. For example, the wage you earn when you are young affects your Social Security benefit during your senior years. If you engage in normal financial planning, you will save part of your income in order to smooth out your consumption over the whole of your lifetime. But how much you actually get to consume when you are old depends on factors such as Medicare premiums and Social Security benefits taxation.

Future taxes on the elderly, in other words, affect the return from working when you are young.

Kotlikoff and his colleagues have created a summary statistic to describe this relationship called lifetime net marginal tax rates. Suppose you earn an additional $1,000 today. Then using the Kotlikoff model that takes into account all future taxes and all future entitlement benefits, you might discover that your expected lifetime consumption will rise by only $700. In that case, your marginal tax rate is 30 percent.

In the study released last week, Kotlikoff revealed that people in their 60s who keep on working can face extremely high tax rates – much higher than the rates faced by millionaires and billionaires. In some cases, workers can lose 95 cents out of each dollar they earn just in the current year. (See the graphic.)

One reason for that is the Social Secularity earnings penalty. For example:

These taxes are on top of income, payroll and other taxes.   Although the government begins adding the benefit reduction back once the worker reaches the normal retirement age, many seniors don’t realize that or don’t understand it.

If we abolished the earnings penalty the government would probably be a net winner. Seniors would work more and earn more and the other taxes they pay would more than make up for any short term revenue loss.

Then there is the Social Security benefits tax:

When the Social Security benefits tax is added to the earnings penalty, the tax rate on moderate-income seniors can soar into the stratosphere.

The Social Security benefits tax also imposes very high rates on savings. For example, for someone in the 15% bracket for ordinary income:

This is why it is difficult for seniors to make up for income lost in other ways by saving and investing to replace it.

This article was originally posted at Forbes on September 26, 2016.