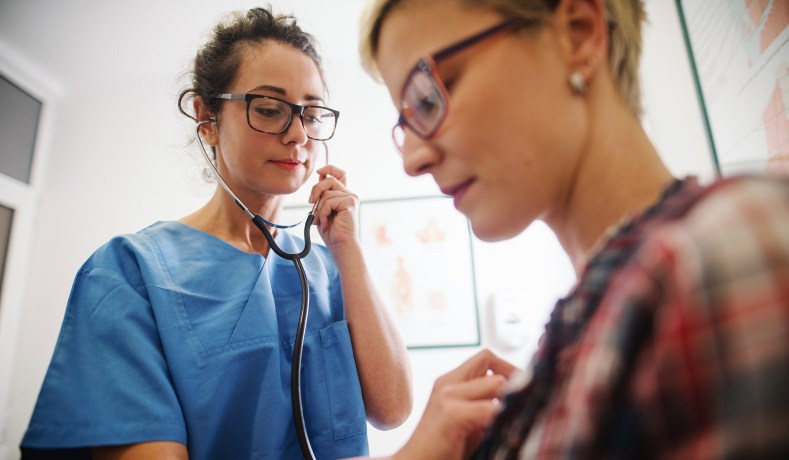 How many people are harmed by preventable medical errors? That number is in hot dispute. About 25 years ago the Institute of Medicine estimated that 98,000 people died unnecessarily in hospitals. More recently a study in the British Medical Journal put that figure at 250,000 – making medical errors the third leading cause of death. Yet the critics charge that many hospital fatalities occur among patients who are old and sick and probably would have died anyway.

Whatever the real number, almost everyone thinks it is too high. Further, our system of dealing with it is woefully inadequate.

Currently, patients who are harmed by medical errors have little choice but to seek compensation through the tort system. Yet according to a Harvard study, fewer than 2 percent of patients who are harmed by malpractice (or their families) ever file a lawsuit. An even smaller number ever receives compensation. At the same time, roughly one-third of all malpractice lawsuits filed involve no malpractice at all. At the end of the day, malpractice victims receive only forty-six cents of every dollar that is spent on settlements and jury verdicts. The rest goes to attorney fees, court costs, and other litigation expenses.

To appreciate how different our health care system could be, consider the midpoint of estimated spending on the malpractice system: $150 billion a year. For the same money, we could afford to pay $200,000 in compensation for every death attributable to an adverse event, and an average of $20,000 for every injury.

More is at stake than a waste of money. According to one study, a little more than one in four adverse medical events are due to malpractice. Another 30% are judged preventable but without a negligent actor, and 42% are thought to be not preventable (“acts of God”). In terms of the graphic below, the only wedge that generates costs for providers is the “preventable and negligent” wedge (malpractice). To avert those costs doctors and hospitals spend time, money and effort to make that wedge smaller – even if their actions make the other two wedges larger. For example, ordering more medical tests is generally thought to be a defensive measure, designed to stave off malpractice litigation. Yet each test increases some other type of risk (e.g., infection).

To make matters worse, providers are actually thought to make money off of adverse medical events that don’t land them in law suits. If a patient gets an infection, for example, that means more medical care is needed, which leads to more billing and higher revenues.

If we want doctors and hospital administrators to act on these principles, the economic cost to them of losing a life and the economic benefit from saving a life must be the same, regardless of the wedge.

So how would a better system work?

Prior to undergoing treatment, patients would be offered voluntary, no-fault insurance as an alternative to the tort system. The base patient compensation would be set by an independent commission and would be paid irrespective of the cause of the adverse event. The rates would be similar to the schedule of payments under workers’ compensation and patients would be free to pay additional premiums out of their own pockets for more generous coverage. Base compensation would be paid by insurers from premium payments by hospitals and physicians—just as they buy malpractice insurance today. The premiums would reflect the individual provider’s (or institution’s) success or failure at reducing adverse events.

Insurance companies, rather than patients and third-party payers, would become the monitors of hospital quality. Providers whose patients experience a lot of adverse events would face high premiums. As the insurance premiums become reflected in hospital and doctor fees, patients and their insurers would become aware of potentially large differences in the cost of care. Price competition would drive patients to lower-cost, higher-quality care.

To avoid adverse events and the high premiums they produce, providers would have financial reasons to consider using electronic health records, error-reducing software, and other safety innovations. And for the first time, hospital administrators would have a rational standard to rely on in making these decisions. For example, suppose a hospital self-insured and suppose the average pay-out for an adverse death is $200,000. Then for each of these systems, the incentive would be to spend up to $200,000 for each expected life saved over the course of the investment.

I grant that this proposal is easier said than done. In general, an “adverse event” is an event unrelated to the illness that brought the patient to the hospital in the first place. But these determinations are not always clear cut. Also, we would want to make sure that the compensation system doesn’t give doctors perverse incentives to avoid the oldest and sickest patients. To that end, doctors would need to be heavily involved in selecting the compensation rates and making sure that the relative payoffs are as fair and accurate as possible. This involvement needs to be continuing. That said, the potential rewards should make the reform effort worthwhile: fewer errors and fewer adverse events in a system shaped and molded by doctors themselves and all accomplished with no lawyers, no judges, no courtrooms, no juries and none of the mental anguish that litigation produces.

Finally, consider a modification of this proposal that could solve a major social problem. On rare occasions, babies are born with severe birth defects that create large medical and custodial costs for the family for the rest of the child’s life. If these cases go to court, juries are naturally disposed to give the family relief, regardless of what the doctors did or didn’t do. To avert that, we might consider making certain birth defects adverse events per se, even if the mother brought the medical problem to the hospital in her womb. At the same time, put all expectant mothers automatically in the new insurance system, unless they explicitly opt out.

The opt out alternative and the voluntary nature of this entire proposal is very important. We always want to allow the possibility of a private, fault-based insurance market as a potential competitor to no-fault insurance. Such competition will serve as a market based, check on no-fault premiums – keeping them from getting too much out of line.

These are only some of the many ways in which an alternative to the tort system could make everyone better off. 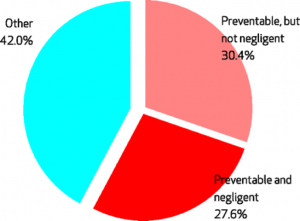 This article was originally posted at Forbes on September 6, 2016.