Best Kept Secret in Washington DC: The Future of Medicare 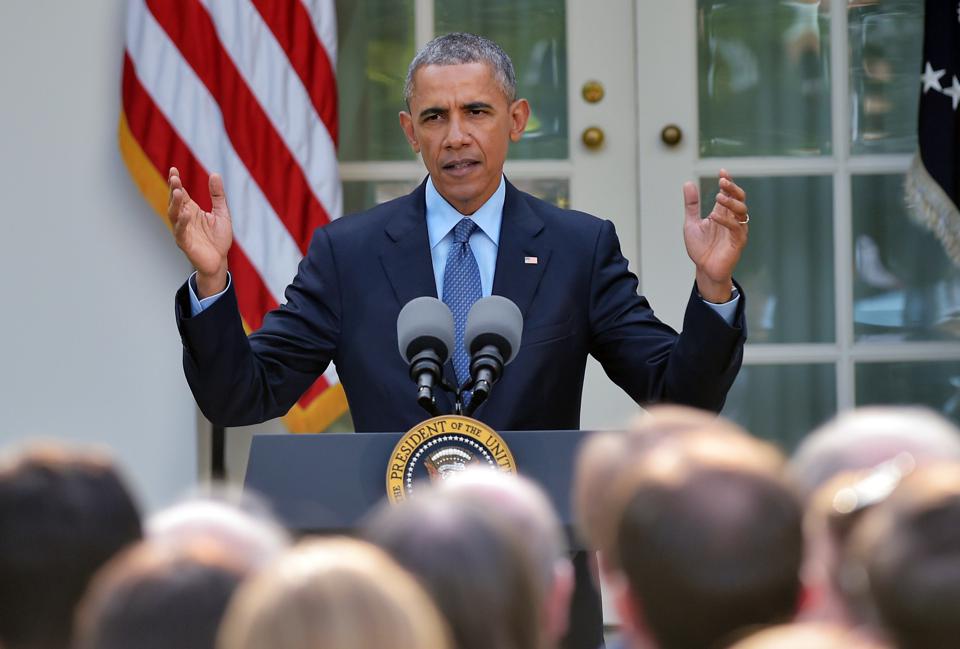 Here is something I bet you don’t know. On March 23, 2010, President Obama signed into law a bill that wiped out more than $50 trillion in Medicare’s unfunded liability. That’s not a misprint. That’s trillion with a “t”. The savings is almost three times the size of our entire economy. Furthermore, in doing this he also solved the long term budgetary problem of Medicare. Unless some future Congress and some future president change the law, Medicare’s growth going forward will stay in line with the growth of our economy – ensuring that the program will remain affordable, indefinitely into the future.

This remarkable achievement comes at a price, however. And this is something else I bet you don’t know.

A letter issued by the Medicare Office of the Actuaries at the time Obamacare became law warned that Medicare fees paid to doctors and hospitals will fall increasingly behind what other payers will be paying in future years – threatening access to care and the quality of care available to the elderly and the disabled. That warning was repeated in the latest Medicare Trustees report by Medicare Chief Actuary, Paul Spitalnic.

These comments by the actuaries, however, have been ignored by just about everyone. In the latest Trustees’ report, they appear at the very end – on page 260.  If you are a senior, you have to be really, really interested in numbers, tables and actuarial arcana before you’ll ever get to the page where you learn that you may not be able to see a doctor when you need one.

The fact that Medicare has been put on a sound financially footing – for the first time in its history — has never appeared in any official government announcement. Ditto for the fact that the disabled and the elderly may bear a heavy cost along the way.

These facts have not been in the headlines of any major newspaper. They have not been addressed in any news article. To my knowledge they have never been discussed in any opinion editorial. Even more surprising, they are repeatedly ignored by scholars and in scholarly reports at think tanks around the country (other than my own).

Eerie as it may seem, the entire country has been acting as though these incredible public policy changes have never occurred.

Here is a third thing l bet you don’t know. Although Republicans have criticized the “Obama cuts in Medicare spending” as threatening access to care for the elderly, the GOP alternative essentially does exactly the same thing.

And, just like the other facts I am relating here, this last revelation has also never appeared in any headline, any news article, any opinion piece or in any think tank report – other than ones I have been associated with.

The bill the president signed was the Affordable Care Act (Obamacare). At the time, the entire focus of the news media and the public policy community was on: (1) How much would it cost? And (2) How many would it insure? The latest answers: about $120 billion a year, covering about 20 million newly insured people.

What no one bothered to discuss was the much bigger budget story: an enormous reduction in future Medicare spending and its impact on the health and financial well-being of the 54 million people in Medicare.

Here is a bit more detail.

If health care spending continues to grow faster than our income, that means heath care will crowd out more and more of other consumption through time. Yet no one knows how that will work. We are making promises of post-retirement health care to today’s young people without any agreement on how we are going to pay for those promises. This is why the Medicare Trustees report in 2009 (the year before the ACA was enacted) projected that future Medicare spending would exceed Medicare’s expected revenues (premiums + dedicated taxes) by $89 trillion in current dollars. That unfunded liability was more than five times the size of our economy.

The Affordable Care Act of 2010, however, restricts the growth of real per capita Medicare spending to no more than the rate of growth of real GDP per capita plus about ½ of a percent – forever. According to the Medicare Trustees, this one change reduced the unfunded liability in Medicare from $89 trillion to $37 trillion. The $53 trillion dollar savings was not achieved by enacting any serious reform, however. It was achieved with pen and ink.

How is it possible to hold Medicare spending to a path that is well below the path for health care spending in the rest of the economy? The law provides for an Independent Payment Advisory Board (IPAB) with extraordinary powers. In any year in which Medicare spending does not achieve its stated goal, the panel must recommend economies and these cannot include premium increases or increases in out-of-pocket costs for the beneficiaries. Nor can they include cuts in benefits. As practical matter, the only options the panel will have left to recommend are cuts in fees for doctors, hospitals and providers of other medical services.

If the panel fails to make such recommendations, the Secretary of HHS must make them and Congress is very limited in what it can do in response. If Congress does nothing, the recommendation goes into effect. If it votes to change the recommendation, Congress must substitute other spending cuts of equal magnitude. Further, Congress cannot avoid these outcomes without concurrence by both houses, including a three-fifths super majority in the Senate.

[Parenthetically, it is truly amazing that this reform was enacted by a Democratic Congress and signed into law by a Democratic president. That never would have occurred were the Republicans in charge.]

What does this mean for retirees? At the Health Affairs blog, former Medicare Trustee Thomas Saving and I wrote:

One way to think about these changes is to compare them to the average amount Medicare currently spends on enrollees each year. For 65-year-olds, the forecasted reduction in spending is roughly equal to three years of average Medicare spending. For 55-year-olds, the loss expected is the rough equivalent of five years of benefits; and for 45-year-olds, it’s almost nine years.

In a report for the National Center for Policy Analysis, Thomas Saving and Andrew Rettenmaier predicted that under Obamacare we will be:

[M]oving toward a two tier health care system in which seniors get fewer amenities and a lower quality of care than nonseniors. Care will likely be rationed by waiting, as it is in other developed countries, and some seniors may drop out of Medicare altogether.

So what is the alternative? The Paul Ryan budget – which was approved by almost all the Republican members of the House – envisions a path for Medicare spending that is virtually identical to the Obama administration budget.

Republicans have suggested other ways of achieving Medicare savings, however. Paul Ryan’s health care task force calls for increasing the age of eligibility for Medicare from 65 to 67, restricting the ability of Medigap insurance to pay small medical bills and possibly increasing co-payments and deductibles. But for the most part these changes do not reduce costs, they shift costs (from the government to seniors) and they come nowhere near to saving $53 trillion in future expenses.

Most of the savings Republicans expect come from a “premium support” approach. Seniors would get a sum of money from the government each year and private health plans would compete for their patronage, much like Medicare Advantage plans do today. However, unlike Medicare Advantage, the amount of premium support would apparently grow at about the same rate as Obamacare’s Medicare program will grow.

One way to let plans adapt to this lower level of premium income would be to offer reduced benefits. But while Republicans envision some flexibility in plan design there is no hint that they would approve any serious reduction in total benefits.

So what’s left? Nothing is left except doing what the Democrats plan to do: squeeze the providers. Only the methods differ. Democrats plan to reduce provider payments through a political mechanism. Republicans would do it through an economic mechanism — by reducing premium support, thereby forcing health plans to reduce their costs by reducing what they pay doctors and hospitals.

Here is the bottom line: By 2075 the expected reduction in Medicare spending for the average senior under both Democratic and Republican budgets will equal about half of their Social Security income. Put differently, were the elderly required to make up for the cuts in Medicare spending with increased out-of-pocket costs, that would be the equivalent of a 50 percent tax on their retirement income.

So as not to leave the reader totally depressed, let me add that there is yet a third way. The Democratic and Republican approaches to Medicare reform are what I call “eat your spinach” reforms. Somebody is always losing. Democrats try to hide the costs and often pretend that there are no victims. Republicans, on the other hand, seem to wear the infliction of pain as a badge of honor. If someone is not suffering, it’s can’t be real reform.

What I propose, by contrast, is win/win reform. This is reform where everybody gains – the young, the old, the taxpayers and the current beneficiaries. The specifics are in A Framework for Medicare Reform, which I designed with the help of Saving and Rettenmaier.

This article was originally posted at Forbes on July 25, 2016.

← Why Republican Health Reform Would Be a Godsend to the States Do Republicans Really Want to Repeal Obamacare? Maybe Not →