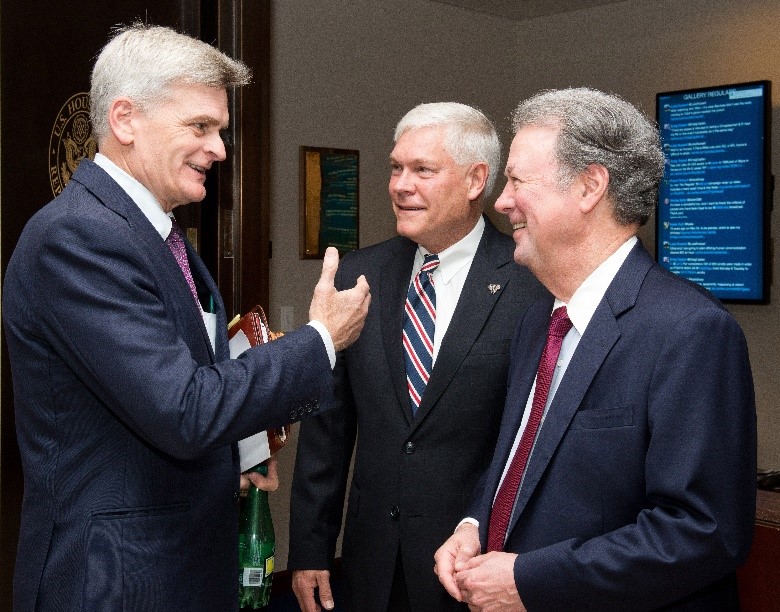 After six years of living with Obamacare, Republicans have finally produced an alternative. Other GOP proposals in recent years have been narrowly focused on the 20 million or so people who have been insured by Obamacare. The new proposal is aimed at 250 million people. It will affect health insurance for the entire population not covered by Medicare.

Although the proposal has received considerable attention, not one reporter or commentator has grasped how bold and comprehensive it is – including these very disappointing and less than careful reviews by Timothy Jost, Harris Meyer and Drew Altman.

Were it to become law, the proposal would make good on what most regard as ObamaCare’s three broken promises: universal coverage, cost control and real protection for people with pre-existing conditions.

The bill is sponsored by Rep. Pete Sessions (R-TX), who as Chairman of the Rules Committee is regarded as the second most powerful person in the House of Representatives, and Sen. Bill Cassidy (R-LA), who is probably the most knowledgeable person on health policy in the Senate. Here is how it works.

Insuring the Uninsured. Under the Sessions/Cassidy proposal, there is no reason for anyone to be uninsured. And this is accomplished with money that is already in the system. There are no new taxes and no new spending. To understand how this is so different from ObamaCare, we first need a bit of background.

The Democratic approach to health reform is a defined benefit approach. They make a list of all the benefits they want people to have (free contraceptives, free mammograms, no life time limits, etc.). Then they add up the costs. Then they decide how much the government can afford to contribute. Any remaining gap must be paid by the enrollees in the form of premiums.

If you do all of that, however, the Congressional Budget Office (CBO) concluded that lots of people won’t pay those premiums unless they are forced to. That is why we got the Obamacare individual mandate. (And even with that, 33 million are uninsured and God knows how many we should count as “underinsured” because of the extraordinarily high deductibles and very narrow provider networks.)

Chris Jacobs has pointed out that if the Republicans repeal the mandate, the CBO will likely score their reform as insuring fewer people – even if they spend the same amount of money. But that’s only if we think about health care the way Democrats do.

The Sessions/Cassidy bills, however, take a defined contribution approach. They give people a tax credit and then let competition in the marketplace determine what people will be able to buy for that amount. The credit is roughly equal to the federal government’s contribution to privately administered, well managed Medicaid. If the state chips in its share of Medicaid spending, low-income families should have access to these types of plans for only a few dollars a month, at most. (See the analysis here.)

But to play the Devil’s Advocate, let’s assume the analysis is somewhat off. Assume that some plans in some places will have to lower their costs even more in order to match the tax credit amount. How might they do that? They can do some of the things the VA does – adopt a restrictive drug formulary, exclude any out-of-network services, etc. I am not advocating these things and I think there are better ways of controlling costs. But that is what we are doing for the veterans.

Here is that bottom line: The Republican plan has a floor – below which no one will fall. That floor can be expected to look like Medicaid and in some cases maybe even look like VA care. It will not be the most desirable plan around.  But unlike ObamaCare, everyone potentially will be insured. Everyone will have access to basic care.  No one will be left out on the street.

Controlling Costs. For the first time since World War II, the Republican plan equalizes the help the government gives to people who obtain private health insurance through the tax system. Everyone will get the same tax credit, regardless of where the insurance is obtained – at work, in the marketplace or in an exchange. Employers who have a current health plan can choose to be grandfathered. But my bet is that almost all will choose the tax credit approach. Here’s why.

Under the current system, employers and their employees mainly buy health insurance with pre-tax dollars. That means every dollar of spending gets subsidized and every dollar is subsidized to the same extent. The tax credit approach allows people to push the tax subsidy up front – presumably subsidizing the core insurance that we want everyone to have. Since the last dollars of insurance receive no tax subsidy, they can be turned dollar for dollar into take-home pay.

Right now, employees of high tech companies in Silicon Valley are facing marginal tax rates of 50 percent or more (including California’s state income tax). Government is effectively paying for half the cost of their health plans. If they eliminate waste or benefits of marginal value from those plans, they will have to share half of the savings with the tax collectors. Under the tax credit approach, when employees save a dollar, they get to keep the whole dollar.

Under this reform I would expect the average family to enjoy an increase in take-home pay of $2,000 a year and maybe much more. (See the analysis here.)

Real Protection for People with Pre-existing Conditions. In the Obamacare exchanges health plans are clearly trying to attract the healthy and avoid the sick. Convinced that the healthy buy on price and only people with medical problems look closely at provider networks and out of pocket exposure, the plans are opting for narrower and narrower networks and higher and higher deductibles. Put differently, the plans are trying to dump their sickest, most costly enrollees on each other and they are getting away with it.

The Obamacare promise that people with chronic health problems would no longer be discriminated against was bait and switch. Many are worse off than they were before.

Under the Republican approach, this activity will come to an abrupt end.  When high cost patients leave one plan to enroll in another, the originating plan will have to top up the enrollee’s premium so that the receiving plan gets actuarially fair compensation. (See more explanation here.) Under this approach, the healthy and the sick will be equally attractive, plans will begin to specialize in the treatment of such chronic conditions as cancer and heart disease and aggressively compete for patients with these conditions, and (unlike the current system) medical records will travel with patients as they migrate from plan to plan, unless they object.

Other Features. Space does not permit a full exposition of all the many ways that the new Republican proposal improves on where we are now. Interested readers will find the proposal’s 12 bold ideas here, along with links to short white papers explaining each of them. See also 25 Obamacare problems that are solved.

The main point to be stressed here is that all of the broken promises of ObamaCare are kept with a Republican approach that minimizes and streamlines the role of government, leaving the private sector to solve problems in creative ways — instead of the top-down, command and control approach we are currently using.

This article was originally posted at Forbes on June 9, 2016.