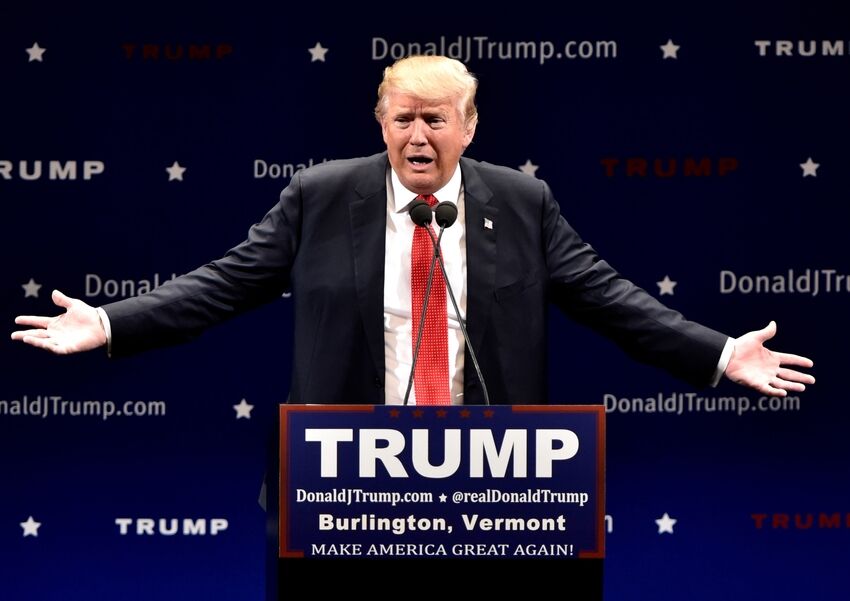 Donald Trump and Bernie Sanders have made two important contributions in this electoral cycle. Both have pointed out that (1) millions of middle class households are being left behind as our country climbs out of the Great Recession and that (2) mainstream politicians in both political parties have no idea what to do about it.

There is just one problem. Neither Trump nor Sanders knows what to do about it either.

Trump’s proposals to deport millions of illegal aliens and renegotiate trade deals may help some people. But these policies would hurt others and mainstream economists are not convinced that either initiative would help the economy as a whole.

However, there are two areas – corporate taxation and health care – where current policies are so bad that some straightforward changes would result in an increase of about $5,000 a year in take-home pay for the average household and maybe much more. Further, these changes do not require any increase in the federal deficit and the increase in pay will materialize in just a few years – before the next presidential election.

Here is another plus. The changes I am about to describe are not ideological. They command broad support among economists – from the right to the left of the political spectrum. The obstacles to change are not conservatives or liberals. They are special interests.

Corporate tax reform. The current system is encouraging the outsourcing of capital and labor. Pfizer is only the latest in a long list of America companies that are being lured off shore because of taxes. In Pfizer’s case, a merger with Dublin-based Allergan would save the company 23 cents on every dollar of profit – money that could be used to discover new drugs to save lives and cure diseases.

President Obama’s chief economist, Jason Furman, has called our system of taxation of international business income “stupid.” The taxation of domestic corporate income is also stupid. The tax law’s high statutory rates and byzantine complexity invite all kinds of tax avoidance behavior that makes our economy far less efficient than it could be.

Who shoulders the cost of all this bad policy? Economists have long suspected that it is workers, not investors. New research confirms that suspicion.

Boston University economist Laurence Kotlikoff and his colleagues have developed a first-of-its-kind model of international capital flows and used the model to analyze the effects of corporate taxation in the United States. Their conclusion: workers would be the principal beneficiaries of abolishing the corporate income tax altogether.

A more modest, revenue-neutral reform would close all the loopholes and institute a corporate “flat tax” of 9 percent. The Kotlikoff model predicts that would lead to a large inflow of capital, higher output and an increase in wages of about 6 percent, rising to almost 9 percent after 10 years. That means the average household would experience an increase in take-home pay of about $3,000 a year, eventually rising to $4,500.

Health reform. When an employer pays an employee a dollar in wages, that dollar is subject to federal, state and local income taxes, in addition to the (FICA) payroll tax. Yet if the employer spends that same dollar on health insurance, the dollar gets spent tax free.

High-paid Silicon Valley employees facing California’s state income tax, for example, are actually paying less than half the cost of their insurance – after the tax breaks are taken into account. These folks are likely to prefer a dollar of insurance to a dollar of wages, even if the insurance is worth less than 50 cents!

Here is a different approach. Give employers a choice. They can continue under the current tax regime, or they can have a dollar-for-dollar tax credit up to an amount equal to the average subsidy under the current system.

The credit approach pushes the tax benefits up front – presumably funding the core insurance we want everyone to have. All additional insurance is purchased with after-tax dollars and is on the same footing with take-home pay. This means employees can have the same tax relief they had before without perverse incentives to over-consume health care.

Suppose an employee is getting tax free family coverage that costs $20,000 a year. Under the current system, the implicit subsidy is $6,000, given a 30 percent marginal tax rate. Under the tax credit approach, the family gets same tax benefit in return for the first $6,000 of insurance. The last $14,000 of spending is effectively done with after-tax dollars. Over this entire range, there is no more tax reward for waste.

Suppose the employee and the employer find a way to cut that $14,000 in half – say by choosing a narrow, but high quality, provider network and getting rid of benefits of marginal value. Then the employee potentially can have $7,000 more in take-home pay without paying any additional taxes.

In this example, the cost to the Treasury is the same. The ability to convert a very wasteful tax system into one with much better incentives can solve a huge social problem and at the same time leave just about everyone better off.

Trump or Sanders or someone else? I suspect just about every employee and employer can find $2,000 dollars of waste in a typical family plan. So combining corporate tax reform with health insurance reform, the average family should expect a $5,000 increase in take home pay in the near future.

These proposals could be adopted by Trump or Sanders, or by Hillary Clinton, Ted Cruz or John Kasich. But Trump is the natural advocate. He has consistently argued that we are driving capital off shore and that we need to bring it back. Aside from Sanders, he is the only candidate who has promised a replacement for Obamacare that doesn’t leave anyone behind. A universal health insurance tax credit would fit that commitment in spades.

This article was originally posted at Forbes on March 21, 2016.

← Are High Deductibles a Good Thing? Part II Why Do None Of The GOP Presidential Candidates Have A Credible Health Plan? →