What Should We Do About Expensive Drugs? 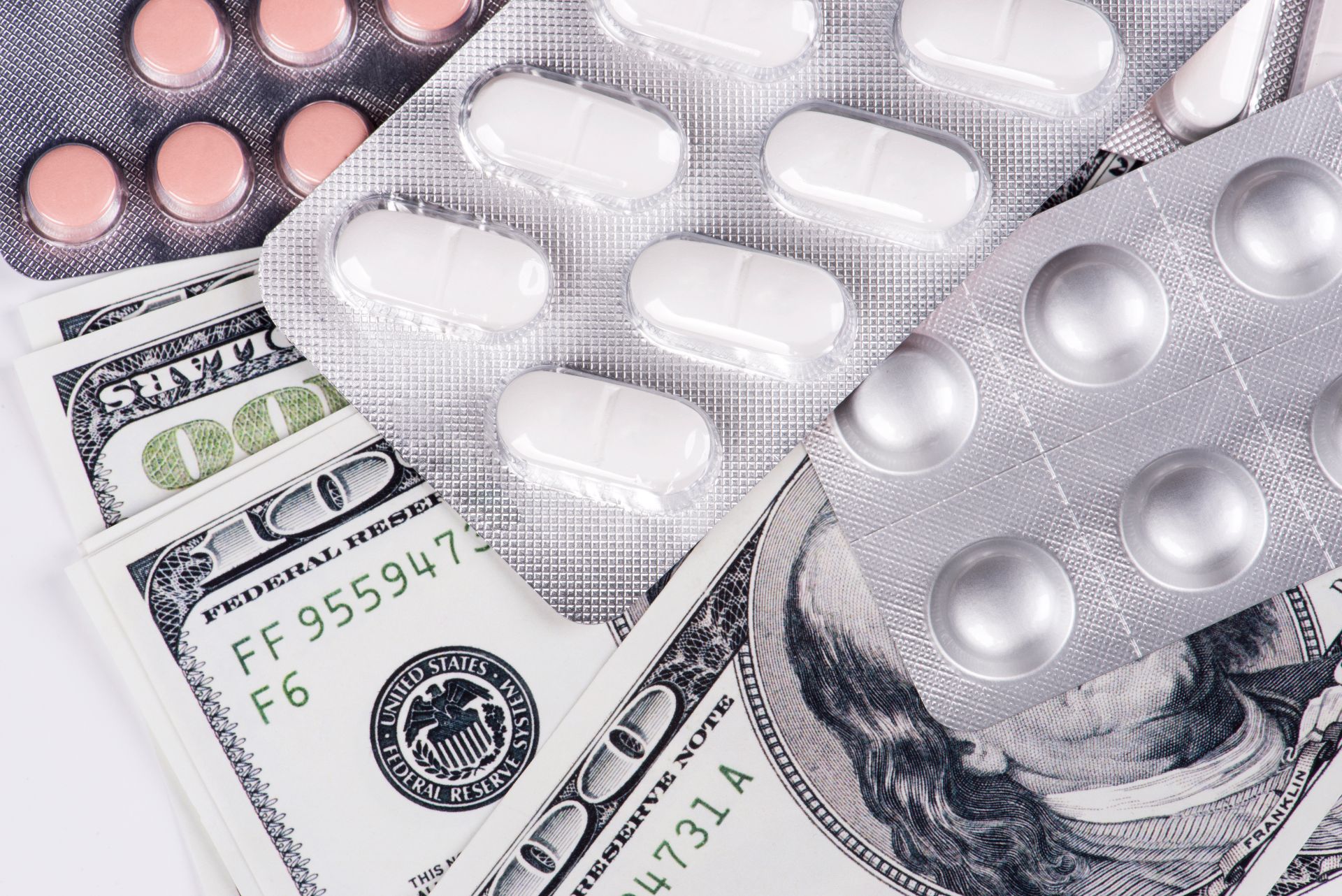 Let’s say a drug has been shown to extend the life of terminally ill patients by months or even years. How much should we pay for it? Is there such a thing as a drug’s being too expensive? If we say “yes,” aren’t we putting a price on what a life is worth?

Suppose we have a rule that says we will pay for a drug that extends a patient’s life for a year, provided that it doesn’t cost more than $X. As we shall see, this is exactly what is done in Britain and other countries. If we follow suit, isn’t that the same thing as deciding that the lives of patients are not worth more than $X? And if so, aren’t decision rules like this one ethically abhorrent?

Here is the uncomfortable reality: We can’t avoid making decisions like this. And if today such decisions are rare, tomorrow they won’t be. The future holds the promise of a great many ways of prolonging our lives – potentially at great expense. If we are unwilling to spend the entire GDP on health care, someone has to say enough is enough.

But how can such decisions be made in a way that is reasonable and acceptable? You may not value a year of my life very much. But you may feel that no price is too high to secure an extra year for yourself or your loved ones. Is there a way we can make these decisions as individuals? You make your decisions and I’ll make mine.

Unfortunately it’s not that easy. Half of all health spending is done by the government – mainly through Medicare and Medicaid. Whatever standard the government sets, it almost certainly will be the same for all enrollees. Under Obamacare, the government has a lot of control over what private health plans must cover. But even if there were a completely free market for health insurance, it’s unlikely you would find a plan tailored to your own individual preferences. Instead, you would be forced to choose among plans that had appeal to large numbers of people.

Before going further, let me give you my solution to this problem. Health insurance – both public and private – would be allowed to choose a cutoff standard – demarcating what the plan will and will not pay for. Ideally, the standard would be based on broad studies of the willingness of the general public to pay for risk reduction (explanation below). It would be publicly acknowledged and would be one of the plan attributes that insurers would compete on. Then, individuals should be free to purchase top up coverage (paying for treatments the basic health plan won’t pay for) and the premiums for the top up insurance would be actually fair – even if the premiums for the basic plan are community rated.

In other words, under the Goodman health care system you would be able to buy coverage for procedures of marginal value — coverage not available to others – provided you are willing to pay a fair market price for that coverage. I believe this approach could work – not only in our private health insurance system, but also in the national health insurance systems of other countries.

Now let’s return to the problem. Former White House advisor Zeke Emanuel (the doctor who helped give us ObamaCare) cites the example of a new class of cholesterol-lowering agents called PCSK9 inhibitors. The drug is definitely valuable:

[O]ne preliminary study found that taking the drug lowered the overall chances that a patient would experience a heart attack or stroke, or hospitalization or death from heart disease, to 1.7 percent from 3.3 percent…. Drugs like these can help us lead longer, more productive lives.

The problem is that the companies producing these drugs — Amgen, Sanofi and Regeneron — announced that the retail price for a prescription would be more than $14,000 per patient per year. The price is particularly steep given that these drugs may need to be taken for the rest of the patients’ lives.

Based on the numbers Emanuel provides, it looks like the drug will cost more than $350,000 per quality adjusted year of life (QALY) that it produces, given the price the companies want to charge.

To put that in perspective, Emanuel tells us that in Britain the cutoff point is about $45,000 per QALY – meaning that in most cases the National Health Service won’t pay for drugs that cost more than that amount to save a year of life. As a result, thousands of British cancer patients are denied access to drugs that are routinely available in the United States and continental Europe. Either they must pay for those drugs out of their own pocket, or go without. In the latest policy iteration, the government has announced that 5,500 additional patients are going to be denied access to drugs they currently take. According to a report in The Telegraph:

Drugs which will no longer be funded include Kadcyla for advanced breast cancer, Avastin for many bowel and breast cancer patients, Revlimid and Imnovid for multiple myeloma, and Abraxane, for pancreatic cancer.

Breast cancer [advocates] were particularly concerned about Kadcyla, currently prescribed to around 800 women a year, which has been shown to extend life by an average of six months, with fewer side effect[s] than any alternatives.

Emanuel suggests that a more appropriate cutoff point for the US is $150,000. How do we decide what is appropriate? Economists generally believe that such standards should be based on the implicit values people reveal when they make choices between money and risk in the job market and in in making choices as consumers. For example, in order to get people to accept a risker job, employers have to pay a higher wage.

Economists then compare the additional wage to the increased risk of death and derive an implicit value of life. Studies show that the Implicit “value of a statistical life year,” to use a term of art, ranges from $50,000 to $150,000. As Pam Villarreal, Biff Jones and I explained in Health Affairs:

This is not the amount of money that people would accept to give up their lives. It is instead the implicit value that people place on their lives when making choices between additional risk and money, when the risks involved and the amount of compensation needed to induce people to accept those risks are both small.

This approach is used by US regulatory agencies (with varying degrees of success) in deciding on health and safety standards. It could also be used to decide what health insurance should cover.

A young healthy person has a very small probability of needing care of marginal value in the distant future. The premium needed to pay for that care is also small. So we can apply the cost/benefit cutoff ratio (say, $150,000 per QALY) and if individuals have a different preference, they can top up their coverage with a private policy that pays for care that exceeds that standard.

Before leaving this discussion, there are two additional factors.

First, a favorite policy proposal on the left is to impose price controls. Why not force the drug manufacturers to sell PCSK9 inhibitors for no more than what we pay for a bottle of aspirin? Because then we would be sending the wrong signal to the developers of new drugs. If a drug really is valuable to patients we want the R & D folks to be aware of that fact in making drug development decisions. In Britain, the government negotiates the prices of drugs with drug companies. But expensive drugs are still expensive.

Second, there is a lot of variation in how patients respond to drugs and there is increasing evidence that the reasons are related to their genetic make-up. As the science of personalized medicine progresses we will learn a great deal more about who can benefit from a drug and who cannot. But this will not obviate the need for a cost/benefit standard in making coverage decisions.

Post Script: Darcy Olsen has written a new book, which is reviewed in the Wall Street Journal by Paul Howard. Olsen advocates legislation that:

would allow terminally ill patients who have “exhausted all conventional treatment options” to access an experimental treatment if their doctors believe it is “the best medical option to extend or save the patients’ life” and “the treatment has successfully completed basic safety testing and is part of the FDA’s ongoing evaluation and approval process.”

Olsen argues that “If you have the Right to Die, you have the Right to Try.” Insurers would not be required to cover the treatments— and that could be significant hurdle. But here is another way in which top up insurance could allow individuals to solve a problem that is not easily solved by public policy.