What Should Be Next For The GOP: An Alternative To Obama Policies 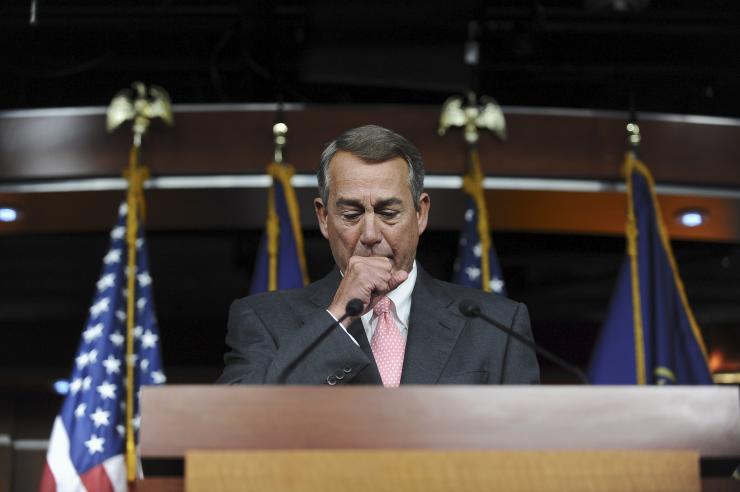 The worst thing about the replacement of House of Representatives Speaker John Boehner with a new leader is that it is distracting Republicans everywhere from what really needs to be happening.

To hear the conservative critics tell it, Boehner was not aggressive enough in challenging the Obama administration. What some appear to want are shut-down-the-government confrontations. But those confrontations have proved disastrous for Republicans.

What is desperately needed are credible alternatives to President Obama’s policies.

The problem in the Republican House is not a lack of aggressiveness. Republicans have been very aggressive. The House has voted 54 times to repeal some or all of Obamacare. However, everyone voting knew that these votes were mainly symbolic – either the measure would be stopped in the Senate or in the unlikely event one ever got to the president’s desk it would be vetoed.

If the House Republicans had a cooperative Senate and a willing President, would they still vote to repeal “every single word” of Obamacare? Would they really jerk health insurance away from almost 20 million people? Would they stop doctor’s appointments and scheduled operations in their tracks? Would they throw cancer patients in need of chemotherapy or heart patients in need of bypass surgery onto the rolls of the uninsured to fend for themselves? I doubt it.

Why not try listening to the voters? Polls show that most people know you can’t repeal Obamacare without enacting a replacement for it. Only 30 percent favor repealing the law outright.

That brings us to the most important missed opportunities. It’s been five and a half years since the passage of Obamacare. In all that time:

This is not a John Boehner problem. This is a party problem. John Boehner doesn’t chair any committees. He doesn’t schedule hearings. He doesn’t invite witnesses to testify. For the most part, the Republican members who had the power to do those things didn’t do them. And as far as I can tell, the back benchers didn’t complain.

It was president Obama who was for entitlement reform – before he was against it. It was the president who appointed the Simpson/Bowles commission to study and recommend changes to entitlement promises we cannot afford and then abandoned the effort after the commission’s report was released. So why aren’t Republicans in the House and Senate holding hearings to publicize the findings of the commission and to highlight potential reforms that even some Democrats apparently support?

The Republicans control the Congress. They control the hearings. Therefore they have a lot of control over the message on such issues as the minimum wage law, our high corporate income tax, the effect of regulation on job creation, the effects of Obamacare on job creation and numerous other topics that will be issues in the upcoming election. So why aren’t they doing it?

The problem in Congress is not one of leadership and changing leaders won’t solve it. The problem is an unwillingness to promote alternative polices. Every Republican member of Congress, not just the Speaker of the House, needs to be part of the solution.

This article was originally posted at Forbes on September 29, 2015.

← Jeb Bush Versus Paul Krugman: What Do Economists Know About Regulation? Why Is There Global Poverty? →