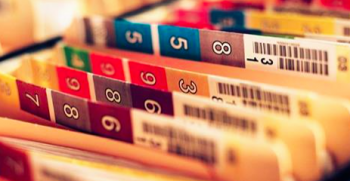 Vermont Democratic Sen. Bernie Sanders appeared on Fox News yesterday and Chris Wallace asked him why his own state had abandoned all plans to implement single payer health insurance – something that is apparently allowed under Obamacare.

Since Sanders is a self-described “socialist,” you would expect him to be up to the task. He wasn’t. Sanders had no explanation of why Vermont’s brief flirtation with socialized medicine was such a flop. Instead he repeated the standard leftist line: other countries spend half as much as we do and they guarantee everyone health care.

If that’s true, why isn’t it a simple matter to copy what everyone else around the world is doing? Part of the answer is that the claim isn’t true. Other countries don’t spend half as much as we do and guarantee everyone health care. More on that below.

The real reason Vermont abandoned the left’s most cherished public policy idea was unveiled by Megan McArdle a few months back: It would have made Vermont the highest taxing state in the country — by a long shot.

For more than half a century the debate about health care with people on the left has followed a familiar pattern. Invariably, we are urged to copy Britain, Canada or some other country’s health care system. But then when we ask to see the details of the plan, the whole scheme falls apart.

What “single payer” these days to people like Paul Krugman, for example, is everyone enrolled in Medicare. But as I wrote previously, in moving everyone into Medicare, we will not have solved a single problem of any importance that we currently experience under Obamacare.

Paying for Medicare for all. The easiest way to fund universal Medicare is the same way we are funding Obamacare. That means: all the same taxes, same premiums, etc., including somehow capturing the current employer contribution to employee health insurance, the state’s contribution to Medicaid and continuing Obamacare taxes on everything from tanning salons to pacemakers and wheelchairs.

Sometime back, the NCPA calculated that we could pay for national health insurance with a 15% VAT tax. But if it were easy to impose such a tax, the Democrats would have financed Obamacare that way.

Premiums and subsidies. What would people be charged to enroll in Medicare? How much subsidy would they get? To make the budget balance, people would have to pay a premium that, on the average, equals the expected cost of their care. Just like Obamacare, there would have to be subsidies for lower-income families. With community rating, the healthy would be over-charged and the sick would be under-charged. None of these problems go away by shifting everything to Medicare.

Individual mandate. For the very same reasons that Paul Krugman tells us Obamacare insurance must be mandatory, universal Medicare would also have to be compulsory. Otherwise, people would only join when they are sick and incentives to game the system would be monumental.

Employer mandate. For people at work, there would be enormous pressure to continue the employer contribution by requiring employers to buy their employees into Medicare. That would raise the issue of exempting small business, exempting part-time workers, etc. These are the same issues we grapple with today.

Cuts in Medicare Spending on the elderly and the disabled. About one-third of the funding for Obamacare over the next ten years comes from reduced spending on current Medicare beneficiaries. Since the money will still be needed, these cuts will not go away.

The exchanges. Medicare already has an exchange. It’s how enrollees get into Medicare Advantage plans. This exchange is not going away. In fact, there would be enormous pressure to let young people participate in that exchange or a similar one. Every problem Obamacare is currently experiencing with the exchanges will remain.

Now let’s return to the myth with which we started. The reason other countries appear to spend less on health care than we do is that the standard comparisons add up each country’s spending based on the prices that are paid. But as I explained in Priceless, in heath care nobody ever sees a real price for anything. Other countries pay doctors and nurses less than we do for example. But this doesn’t lower the real social cost of health care. It merely shifts costs from patient to providers. Social costs are determined by the inputs a country uses, not by the prices it pays.

Ignoring artificial prices and focusing on real resources, the United States actually looks pretty good. We have fewer doctors per person than the OECD average and we have fewer doctor visits. We also enter the hospital less often than people in the average OECD country and once admitted, we spend fewer days there. And even though we are spending less time with doctors and less time in hospitals, our health outcome measures are as good as – or better – than those of other countries. (For example, our cancer survival rates are among the highest in the world.)

Moreover, there is nothing new here. Health economists have known these facts for decades. More than 20 years ago Mark Pauly, a health economist at Wharton, addressed the subject of comparative costs in an article in Health Affairs. Pauly estimated the opportunity cost of medical labor (doctors, nurses and technicians) in the various OECD countries. By one estimate, the U.S. shows up near the middle of the pack. But by another very plausible set of assumptions, we are near the bottom. Pauly writes:

The message is striking. Far from having the highest medical labor cost relative to GDP, by this calculation the United States has one of the lowest percentages, exceeding only Turkey, Japan, and Italy. Nonlabor medical expenses tend to represent a larger-than-average share of U.S. spending, so that a measure of total opportunity cost for all inputs might move the United States up a few notches. But the U.S. total still surely would not be the highest.