Why Is There So Much Unnecessary Care? 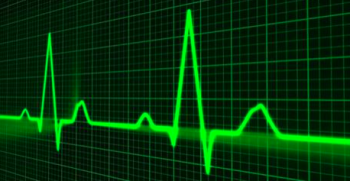 For my laptop and other computer needs, I contract with a technical expert. If something goes wrong he fixes it. If I need to buy some software, he advise me on where to buy it and how to avoid unnecessary charges. He serves as an economic advisor as well as a technical advisor.

If something goes wrong with my iPhone, there are a dozen places in Dallas, Texas I can pop into for repairs – without an appointment and with very little waiting. I have never had a technical helper try to get me to buy expensive add-ons that I didn’t need.

There are services that will send a repair person to my condo for repairs. Nationwide there is a service called iHospital. The employees are called DiD doctors.

Yet, if something goes wrong with my body, the average wait to see a medical doctor in the United States is three weeks. In Boston, where we are told that they have universal coverage, the average wait is two months. Amazingly, one in five patients who enters a hospital emergency room leaves without ever seeing a doctor – because they get tired of waiting. And after we actually see doctors, we are learning that much of the care they order is unnecessary.

The answer I believe is simple. iPhones and laptop computers are produced and repaired in a real market with real prices where entrepreneurs know they can make millions of dollars if they find better ways of meeting our needs. In health care, by contrast, we have so suppressed the market — year after year, decade after decade – that no one ever sees a real price for anything. (See Priceless.)

Atul Gawande, a doctor at Harvard Medical School, has an article in the latest issue of the New Yorker in which he describes a new study of unnecessary medical care:

In just a single year, the researchers reported, twenty-five to forty-two per cent of Medicare patients received at least one of the twenty-six useless tests and treatments…. Virtually every family in the country, the research indicates, has been subject to overtesting and overtreatment in one form or another. The costs appear to take thousands of dollars out of the paychecks of every household each year.

As a personal check on this claim, Gawande reviewed the historical medical records of eight patients at his own clinic. This is what he found:

To my surprise, it appeared that seven of those eight had received unnecessary care. Two of the patients had been given high-cost diagnostic tests of no value. One was sent for an MRI after an ultrasound and a biopsy of a neck lump proved suspicious for thyroid cancer. (An MRI does not image thyroid cancer nearly as well as the ultrasound the patient had already had.) The other received a new, expensive, and, in her circumstances, irrelevant type of genetic testing. A third patient had undergone surgery for a lump that was bothering him, but whatever the surgeon removed it wasn’t the lump—the patient still had it after the operation. Four patients had undergone inappropriate arthroscopic knee surgery for chronic joint damage. (Arthroscopy can repair certain types of acute tears to the cartilage of the knee. But years of research, including randomized trials, have shown that the operation is of no help for chronic arthritis- or age-related damage.)

Americans … annually undergo around fifteen million nuclear medicine scans, a hundred million CT and MRI scans, and almost ten billion laboratory tests. Often, these are fishing expeditions, and since no one is perfectly normal you tend to find a lot of fish. If you look closely and often enough, almost everyone will have a little nodule that can’t be completely explained, a lab result that is a bit off, a heart tracing that doesn’t look quite right.

There are three problems with excessive testing. First, the tests cost money. Second, the test themselves can be harmful. CT scans and other forms of imaging that rely on radiation are believed to be increasing cancer rates. Third, overtesting leads to overdiagnosis — the correct diagnosis of a disease that poses no real threat. According to Gawande, “We’re treating hundreds of thousands more people each year for these diseases than we ever have. Yet only a tiny reduction in death, if any, has resulted.” For example:

One way some large employers are dealing with this problem is to direct employees to “centers of excellence,” where providers practice conservative medicine. Walmart employees, for example, have no out-of-pocket costs at all if they go to one of six places: the Cleveland Clinic; the Mayo Clinic; Virginia Mason Medical Center, in Washington; Scott and White Memorial Hospital, in Texas; Geisinger Medical Center, in Pennsylvania; and Mercy Hospital Springfield, in Missouri.

Boeing, Kohl’s, Lowe’s, and PepsiCo are other businesses are extending the centers-of-excellence approach to their employees.

For Medicare itself, independent doctors associations that contract with Medicare Advantage plans are at the cutting edge of reducing costs and improving quality. These organizations are proving quite entrepreneurial – exploring ways of avoiding care that is unnecessary and speeding up the delivery of care that is necessary.

One problem with Gawande’s otherwise excellent article is the claim that Accountable Care Organizations (created under ObamaCare) are giving doctors the freedom and the incentives to change the way the practice medicine in positive ways. In fact, as I explained at Health Affairs, ACOs are way too bureaucratic and the incentives are way too weak. That’s why they seriously underperform the doctor associations that contract with the Medicare Advantage plans.

← Cassidy Health Plan: The Third Way How Much Of The Cost Should The Patient Bear? →