BY LAURENCE KOTLIKOFF AND JOHN GOODMAN

What about reports that some billionaires are paying zero taxes? For some, it’s true. Here’s one way the rich can legally avoid taxes. They borrow annually to pay for their lifestyles pledging their more than sufficiently large assets as collateral. Those assets are carefully chosen to appreciate rather than generate interest, dividends, rents or other immediately taxable income. And when they die, the super-rich pass their appreciated assets to their heirs free of taxable capital-gains.

There are many ways to reform taxes to end this outrageous behavior. But whatever reform is considered needs to be grounded in proper measurement of inequality and fiscal progressivity. 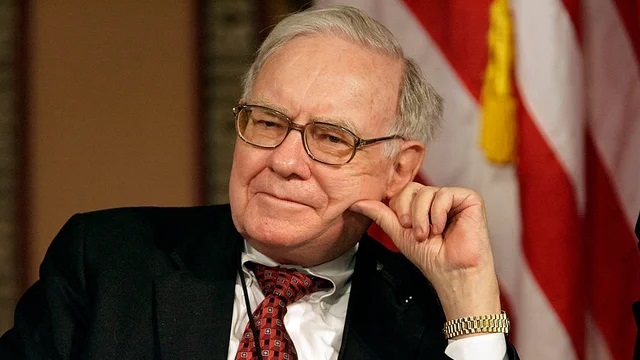 Consider point-in-time income- and wealth-inequality studies that lump everyone, including the young and old, together. We shouldn’t expect 20-year-olds starting out to earn as much as 55-year-olds ending up. While their career earnings (their lifetime earnings) could be the same, the standard cross-section income snapshot will show inequality when none exists.

The same is true of wealth. A 20-year-old could accumulate the same wealth annually as her otherwise older clone. But the 20-year-old, who is just starting to save, would be ranked, based on her wealth holdings, as poor compared to her older version, who’s been saving for 35 more years. Considering differences within particular age groups makes sense. Comparing these measures across age groups makes no sense, suggesting terrible inequality when none necessarily exists.

Second, inequality snapshots can easily miss their true subjects. Take comparisons of income. In any given year, Warren Buffett could have zero or even negative income. But no one would consider him poor. Buffett’s rich not based on his immediate income but because he has massive resources. Resources are the sum of net wealth (assets less liabilities) and human wealth (the value of future labor earnings).

Comparing remaining lifetime resources across people in the same age group controls for the first two problems but not the next two. The third problem is leaving out taxes and transfers. The resources of “rich” Jean could be miles higher than that of her twin sister, “poor” Joan. But their spendable resources – their resources net of taxes and gross of benefits – could be identical if the government taxes Jean and transfers to Joan enough to produce that outcome. The fourth problem is snapshotting taxes and transfer payments. What we pay in net taxes down the road can differ wildly from what we pay now.

An up-to-date analysis, co-authored by Berkeley economist Alan Auerbach, one of us (Kotlikoff),and software engineer Darryl Koehler, fixes all four measurement problems and focuses on lifetime spending. The analysis, which controls for age, measures remaining lifetime resources, net of all major federal and state taxes and gross of all major federal and state transfer programs. It provides a dramatically different picture of U.S. inequality than conventional studies convey.

What about fiscal progressivity?

Consider, again, 40-year-olds. The top 1 percent face an average lifetime net tax rate of 34.7 percent. That means 34.7 cents of every dollar of resources goes to Uncle Sam in taxes paid net of government transfer benefits received. For those in the top 20 percent, the average remaining lifetime net tax rate is 30.7 percent. But those in the bottom 20 percent face a negative tax. Every dollar of pre-tax resources is matched by a 44.4 percent net subsidy.

Proper analysis impacts tax-policy analysis. Take the 2017 Tax Cuts and Jobs Act (TCJA). This act lowered the corporate income tax from 35 percent to 21 percent and made many changes to individual income taxes. The reform is generally viewed as somewhat regressive, a conclusion supported by the Congressional Joint Committee on Taxation.

But the remaining lifetime net tax rates of the top 5 percent and  the top 1 percent of 40-year-olds were 0.8 and 0.2 percentage points, respectively, while the reduction for the bottom fifth was 1.1 percent. The largest lifetime net tax rate reduction was the 1.5 percent decline for families in the middle of the resource distribution. Repealing the entire act, as some Democrats advocate, would actually be a regressive measure that would harm middle-income families the most.

Yes, we have extreme inequality in our country. And, yes, better fiscal policy can limit it. Our preference is to tax spending of the super-rich via a highly progressive personal consumption tax. But if we keep using the wrong inequality and progressivity measures, we’ll never choose a tax system that’s actually fair.