In this quarter we did some remarkable things. We partnered with the Heartland Institute to rescue Heath Care News, an invaluable communications tool in this election year. We completed the arduous task of bringing right-of-center organizations together to endorse health reforms the Trump administration has been implementing for some time. And Prof. Kotlikoff and his colleague have produced first-of-their kind estimates of lifetime marginal tax rates for people of all ages and income levels and the impact of carbon taxation for the current and future generations. 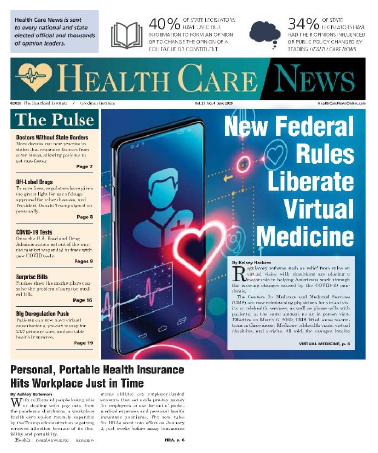 This is a critical time for Health Care News (HCN). Because of budget shortfalls, the Heartland Institute suspended publication in March. Fortunately, the Goodman Institute has agreed to partner with Heartland to ensure the newspaper’s survival going forward.

This new partnership could not have come at a better time.

Polls consistently show that health care is the number one issue with voters. So the need to inform candidates about health policy choices in this election year has never been greater. HCN is ideally positioned to do that.

The newspaper goes out to about 8,000 people every month – reaching every officeholder in the country.  Marketing surveys show that it has a big impact on state legislators, even though it is distributed free of charge. For example, more than 50% of state legislators say they always or sometimes read Health Care News. More than a third say that the newspaper has influenced their opinion on a health care issue or caused them to change their position.

As candidates throughout the country prepare for the election this fall, each and every one of them will need to be informed about health policy alternatives.

The Goodman Institute is generally credited as the source of the idea of Health Savings Accounts, along with other innovative ideas. It brings an important national perspective to HCN at a time when the health policy space has already been nationalized by those who want more government control. 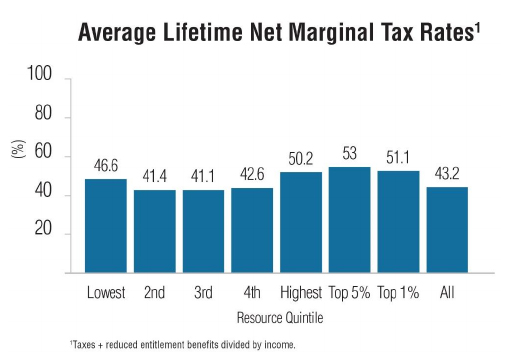 Goodman Institute senior fellow Laurence Kotlikoff and his colleagues (with funding from the Goodman Institute) have produced the most accurate study ever done of the penalties all of us face when we earn an extra dollar of income. The study considers federal, state, and local taxes along with the loss of benefits from almost three dozen entitlement programs. It includes the effects this year, as well as the lifetime impact on Social Security, Medicare, and Medicaid benefits during the retirement years.

The result? At all levels of income, the government takes almost half of everything we earn. For some poor families, the outcome is much worse. As the Wall Street Journal editorial board noted on June 3, for people at the bottom, a quarter of the time the lifetime marginal net tax rate exceeds 70%. By earning an extra $1,000, one in four of our poorest households, regardless of age, make between two and three times as much for the government than they make for themselves. 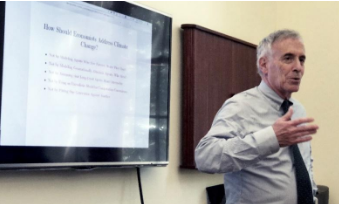 Prof. Laurence Kotlikoff leads a team of the best economic modelers in the world.

The study offers some extreme cases. Take an Oregonian mother of three who earns $37,000. Another $1,000 could make her ineligible to get Section 8 housing assistance, with a lifetime present value of $184,000.

Studies of income inequality often ignore the role of entitlement programs. Yet transfer payments equal almost half of household income.

For a layman’s explanation of how this type of study is conducted, see these Goodman Institute publications:  A New and Better Way to Analyze Tax and Spending Policies and We’ve Been Measuring Inequality Wrong – Here’s the Real Story.

Writing at TownHall, John Goodman says there are three things you need to know about the unrest associated with the killing of George Floyd.

First, almost all major cities these days are governed by Democrats, usually liberal Democrats. Second, black Americans have suffered because of the public policies these cities have adopted. Third, the reason why city governments adopt policies harmful to black families is not because they are racists; it’s because they are liberal.

In city after city, all too often black families are forced to send their children to the worst schools; they are forced to live in the worst housing; they receive the worst city services (including policing); and they are subject to the worst environmental harms. The politicians who run these cities are Democrats. Many of them are black themselves.

In general, the more liberal the city, the worse things are. According to The New York Times, the New York City school system is among the most segregated in the country; and nationwide, liberal states tend to have the most segregated schools. In many California cities, poor families can often be found living on the streets. In fact, blue state California has almost half the homeless population of the country.

Why do politicians who call themselves “liberal” adopt policies harmful to poor black families who are subject to their governance? It’s not because they are racists. It’s because they get elected by trading bad policies for votes. 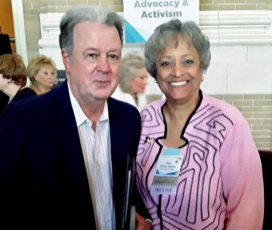 How We Helped Forge a Think Tank Coalition on Health Policy

For almost two decades, thinkers on the right have been at odds with each other on how to reform health care. Thanks to pioneering work of the Goodman Institute, a consensus has emerged. 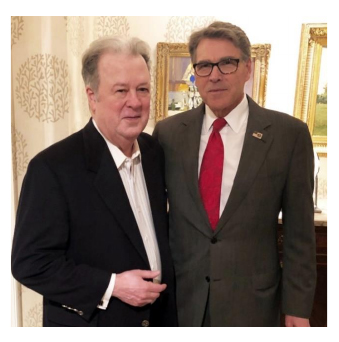 Larry Kotlikoff and his colleagues (with funding from the Goodman Institute) have developed the most sophisticated model that exists of the interaction of climate change and the economies of nations, worldwide. All models depend on assumptions. But this one can accommodate almost any set of assumptions and make the very best forecast going forward – for a century or more. For example, it can accommodate the assumption that warming will be so mild that most regions will benefit from climate change.

Using mainstream climate change forecasts, the Kotlikoff model predicts long-term economic damage. A carbon tax of about $70 per barrel of oil (70 cents per gallon of gasoline) is the optimal response. A revenue-neutral policy would return the tax revenue in the form of other tax cuts. But if this is all we did, the net result would still be the current generation sacrificing for future generations.

Kotlikoff has shown, however, that there is a fiscal solution that will make every generation better off. By increasing current consumption at the expense of saving and investing (which benefits future generations), the current generation can become an equal sharer in the long-term gains from reducing the impact of climate change. 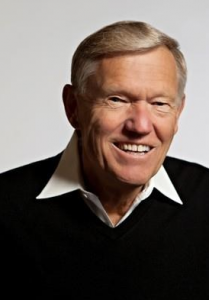 Barry Asmus: He loved life and he loved ideas.

But no one I ever met believed as fervently and passionately as Barry Asmus. He didn’t just believe. He wanted you to believe too. His speeches on public policy came close to being sermons. If you happened to be a liberal, he did everything he could to save your political soul.

He loved to get in front of an audience and give them an unforgettable experience. He was disappointed if he didn’t get a standing ovation at the end.

He once told me: when you finish a speech, if you aren’t sweating from head to toe, you haven’t done your job.

I think it was Paul Samuelson who once said, “I’m very lucky; I get paid for doing something I would have done for free.”

I believe the same could be said of Barry. He made a good living as one of the nation’s most effective public policy speakers. But if he didn’t need the money, I think he would have done it all for free.

I met Barry soon after I created the National Center for Policy Analysis, an organization the Heritage Foundation referred to as “the new ideas think tank.” Barry loved new ideas and he especially loved telling audiences about things they had never thought about before.

Are Social Security and Medicare Ripping People Off?

Professor Kotlikoff has compiled a long list of what can go wrong for ordinary people when they try to deal with the complexities of Social Security and Medicare. Here is one example.

Sue knew that you need to sign up at age 65 for Medicare Part A (hospital care) and Part B (outpatient care) if you don’t have employer-provided health insurance. From the Medicare website, she learned that Medicare provides an 8-month special enrollment period after one job ends to apply penalty-free. Between ages 65 and 68, Sue had several jobs with employers who provided health insurance and she was never between jobs for more than eight months.

Unfortunately, Sue got it wrong. Because she had 25 total months without insurance, she was hit with a 20 percent penalty.

Sue has learned an extremely painful lesson, which … will materially lower her living standard for the rest of her life…. You can’t trust that you are getting the real story from Social Security and Medicare websites. Medicare could have easily provided on its site an example of how someone like Sue would be treated. It could also have sent a warning message to everyone at, say, age 62 about its Part B penalty. It does not.