During the fourth quarter, the Goodman Institute succeeded in pulling politicians, think tanks and editorial writers together to endorse a health policy agenda, summarized in our Third Quarter Report. This agenda focuses on many Trump era reforms that were largely ignored in the mainstream media and all too often by the president himself. We also produced a cutting-edge analyses of the Biden/Harris economic plan and the effects of Republican tax reform on Georgia voters.

A Goodman Institute study of the tax plan promoted by Joe Biden says its call for a significant hike in corporate income taxes will reduce wages and prompt companies to offshore jobs. 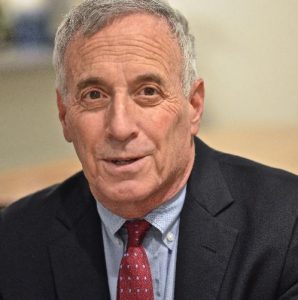 “We used to have one of the highest corporate tax rates in the world,” says Laurence Kotlikoff, a Boston University professor whose work influenced the tax reform bill passed by Congress almost three years ago. “High corporate taxes drive capital offshore and that’s bad for American workers. With the lower rates we have now, we are more competitive.”

Kotlikoff predicts that the Biden corporate tax plan will lower future wages by 2 percent per year – or a $1,000 annual loss for a worker earning $50,000. Were the Harris plan adopted, the results would be much worse.

“We live in an international economy where capital can go where it is most welcome,” says Kotlikoff. “The best way to help the American worker is to make it as attractive as possible to invest here. More investment makes workers more productive, which leads to higher wages.”

The Biden plan also creates a new, 12.4 percent Social Security tax on all wages above $400,000. However, that income threshold is not indexed for inflation. Eventually, it will hit all families, even if they have had no increase in real income. Take a two earner 20-year-old couple earning $100,000. With a 2 percent inflation rate and 2 percent productivity growth, that couple will be paying the Biden payroll tax sometime in their 50’s.

What’s at Stake in the Georgia Election

The outcome of the Senate races in Georgia may determine whether Republican tax cuts survive in the next Congress.

Democrat Senate candidate Raphael Warnock once blasted GOP senators who passed the Tax Cuts and Jobs Act of 2017 for launching a “vicious and evil attack on the most vulnerable people in America” and likened them to the Biblical figure Herod, “who’s willing to kill children” to preserve wealth and power. 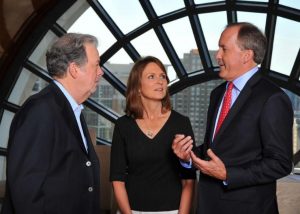 In advance of the election, the Goodman Institute released a study of the effects of Republican tax reform on Georgia families.

Although many families are struggling with economic impact of the coronavirus, the future will be much better because of tax law changes enacted four years ago. Although controversial at the time, the 2017 tax reform law will lead to lower taxes and higher wages in the future and the average Georgia household will enjoy $39,000 more income over their lifetime.

That’s the conclusion of a new study by Boston University Professor Laurence Kotlikoff and funded by the Goodman Institute for Public Policy Research. An earlier study by Kotlikoff and economists at the Federal Reserve Bank of Atlanta estimated the gain at $22,676 because of personal income tax cuts. The new study adds the impact of lower corporate taxes.

At the time of its passage, opponents claimed tax reform would only benefit the rich, and some Democrats urged repeal of the bill. However, Kotlikoff and his colleagues found that all income groups are benefiting from the legislation – roughly in the same proportion.

WSJ, NR and other Think Tanks Follow Our Lead on Health Care

In a September editorial, the editors of the Wall Street Journal wrote that Obamacare is not protecting patients with pre-existing conditions – noting that:

As health experts John Goodman and Devon Herrick have noted, Houston’s MD Anderson Cancer Center doesn’t accept “a single private health insurance plan sold on the individual market in Texas.” Having an insurance card is no comfort to cancer patients shut out from top hospitals and doctors.

Right before the election, National Review editor Rich Lowry predicted Donald Trump’s failure to offer a new health care plan could be why he loses the election. Lowry pointed to the plan proposed by John Goodman and Heritage Foundation scholar Marie Fishpaw as the path Trump should follow.

After the election, the Wall Street Journal’s editors echoed Lowry’s thinking. They said Republicans should look to John Goodman for guidance on health care and they linked to the Goodman/Fishpaw publication.

They go on to commend the Health Care Choices blueprint, a document put together by Goodman, Fishpaw and representatives of more than 70 think tanks and public policy organizations.

In New Way to Care: Social Protections That Put Families First, John Goodman argues that our most important social insurance institutions are in desperate need of reform.

In the United States, the federal government provides an income, pays medical bills and covers a large part of the cost of long-term care for people during their retirement years. For people of working age, the federal government is insuring against disability and unemployment. State governments are also involved — insuring workers for injury, death and disability on the job. Although many of these programs include the word “insurance” in their names, they are very different from traditional indemnity insurance. In many respects, they are not insurance at all, but merely thinly disguised vehicles for redistributing income. These programs have been insulated from private-sector competition. People who find a better way of insuring for health or disability expenses or providing for retirement income are not able to take advantage of that knowledge. Basically, we are all forced to participate in monopoly insurance schemes, regardless of potentially better alternatives. Government insurance is also subject to special interest political pressures that undermine its rational provision.

In the United States and in most other countries around the world social insurance schemes almost always leave individuals with perverse incentives. For example:

This has resulted in huge unfunded liabilities both in this country and abroad. These unfunded promises have created enormous implicit liabilities for governments around the world. According to a Social Security trustees report, the unfunded liability in Social Security and Medicare is $107 trillion, or more than 6½ times the size of the U.S. economy. If the implicit, unfunded promises in Medicaid, Obamacare and other programs are included, the government’s total implicit debt is twice that figure.
Goodman proposes a simple idea. People of any age should have the choice to opt out of social insurance in favor of alternatives that better meet their individual and family needs. In particular, they should be able to substitute assets and arrangements they have voluntarily chosen, and that they own and control, for the government systems now forced upon them.

The Public Option Doesn’t Save Money

The left’s favorite idea for reforming Obamacare is a government-sponsored plan — a “public option” — that would compete against private insurers. Lawmakers introduced several public option bills earlier this year, and president-elect Joe Biden has embraced the concept. 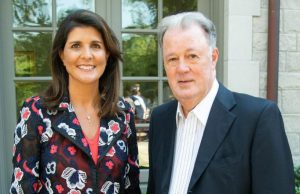 Writing in National Review, John Goodman and Heritage Foundation health policy analyst Ed Haislmaier say that the United States already has some “public option” health plans, including a few available on the Obamacare exchanges. The result: when competing on a level playing field, public option insurers offer little or no savings relative to private insurers. For a public option insurer to enjoy a significant price advantage, the government would need to rig the market in its favor not only by requiring doctors and hospitals to participate, but also by forcing them to accept lower fees than those charged to its competitors. Indeed, such provisions are included in the public option bills sponsored by congressional liberals.

During the fourth quarter, John Goodman made video presentations for the Heritage Foundation, the Independent Institute, and the Benjamin Rush Society (a national organization of medical students).

Laurence Kotlikoff published one editorial in the Wall Street Journal, four articles at Forbes and one in the Harvard Business Review. John Goodman published three editorials at Forbes and two at Town Hall. Linda Gorman produced a number of reviews for the National Bureau of Economic Research working paper site.