During the first quarter, the Goodman Institute paid special attention to health policy, including identifying Trump administration reforms that need to be made permanent and proposing bipartisan solutions for Obamacare. A new book from the institute explores the need to reform our social insurance programs (including Social Security and Medicare) and a controversial essay asks whether conservatism needs resetting. 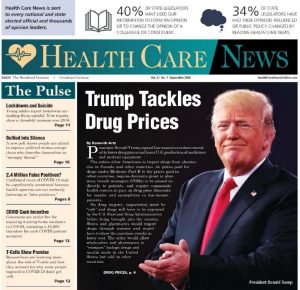 Trump’s deregulation successes were covered every month and broadcast to every officeholder in the country via Health Care News.

Prior to the November elections, National Review editor Rich Lowry made a prediction. If Donald Trump loses, he said, it will be his failure to propose a health plan. As an example of what Trump should be doing, Lowry pointed to an article written by  Heritage Foundation scholar Marie Fishpaw and John Goodman, discussing key health reforms.

After the election, the editors of the Wall Street Journal echoed Lowry. They also pointed to the Fishpaw/Goodman article and said this is the roadmap for Republicans, going forward.

Yet what Fishpaw and Goodman were really writing about was what had already been done. These were remarkable changes – radical deregulation of the entire healthcare industry, in fact – that Donald Trump never talked about.  The highlights:

A Solution to Obamacare’s High Deductibles and Narrow Networks

John Goodman was the first person to predict that health plans would respond to Obamacare incentives by imposing high deductibles (three times what is normal for employer plans) and narrow networks (as bad or worse than under Medicaid). Yet in the years that followed, these issues were generally ignored in the conservative health policy community, and when Republicans had a chance, they never held hearings on them. Perhaps even more surprising, these problems also have been ignored by left-of-center think tanks, and Democrats in Congress also have never held hearings on them.

In March, Goodman teamed with Goodman Institute scholar Lawrence Kotlikoff to propose simple, straightforward reforms at The Hill. And since neither party has claimed ownership of the issues, this could be an ideal time for bipartisan reform. The reforms follow.

Creating a market for the chronically ill. The biggest difference between Obamacare (created by Democrats) and the Medicare Advantage (MA) program (created by Republicans) is in their treatment of the chronically ill. In the MA program, health plans are allowed to specialize in such areas as heart disease, lung disease, diabetes, etc. Specialization is what opens the door to centers of excellence, where plans can get really good at what they do best. To assist in that quest, the plans are allowed to ask health questions and look at the applicant’s medical records, to make sure the right patient gets into the right plan.

In the (Obamacare) exchanges, none of this is allowed. Health plans are required to be all things to all people. At the point of enrollment, they cannot ask health questions or request medical records. And because of highly imperfect risk adjustment, health plans are perversely trying to attract the healthy and avoid the sick.

If Obamacare health plans were allowed to specialize and if the MA approach to risk adjustment were adopted in the Obamacare exchanges, health plans would have greatly improved incentives to care for the sick, and premiums would be much lower for the healthy.

Trading first-dollar coverage for last-dollar coverage. Another problem is the design of Obamacare insurance.  Currently, the Obamacare deductible can be as high as $8,550 for an individual and $17,100 for a family. In return, the family gets unlimited catastrophic coverage – including protection against bills that could exceed $1 million.

A better approach is to put a limit on the amount of catastrophic coverage insurers are required to provide (say, $1 million) and use the savings to require a minimum amount of primary care (say $1,000 for an adult and $500 for a child). Insurers could meet this obligation by (1) providing primary care without any deductible or copayment, (2) making a deposit to the enrollee’s Health Savings Account (HSA), or (3) paying the fee for round-the-clock primary care.

In New Way to Care, John Goodman argues there are three important things to know about Social Security and Medicare.

First, the two programs comprise an enormous portion of the wealth of most people at or near the age of retirement. Take a 60-year-old couple who together have earned an average income for most of their work life. If this couple retires at age 62, the present value of their expected Social Security benefits will be $1.2 million! If the couple waits to draw benefits until they reach the age of 70, their Social Security wealth will be $1.6 million.

The value of Medicare is a little harder to calculate, but a reasonable estimate for a couple reaching the age of 65 is that Medicare’s health insurance coverage for the rest of their life is worth about $720,000.

The average senior, therefore, is actually a millionaire in terms of entitlement spending wealth—even if they don’t have a penny in their bank account.

Second, the entitlement wealth of seniors depends entirely on the willingness and ability of the federal government to tax young people. Both Social Security and Medicare are based on pay-as-you-go financing rather than on a funded system in which each generation saves and invests and pays its own way. Pay-as-you-go means every dollar collected in payroll taxes is spent on current beneficiaries. Nothing is saved. Nothing is invested. The payroll taxes contributed by today’s workers pay the benefits of today’s retirees. When today’s workers retire, their benefits will have to be paid by future taxpayers.

The third thing you need to know is that the gap between the benefits we are promising to future retirees and the taxes that will be available to pay those benefits has been growing. As of the 2019 Social Security and Medicare trustees’ report, these two programs have an unfunded liability of more than $119 trillion. This is the present value of the excess of promises we have made over and above expected dedicated taxes and premiums and it’s roughly six times the size of the entire economy.

Social Security and Medicare are not the only programs that are promising future benefits to be paid by future taxpayers. Boston University professor Lawrence Kotlikoff estimates that the present value of the unfunded liability for all federal government programs is $210 trillion, an amount roughly equivalent to $654,205 for every person in the United States.

Father of Health Savings Accounts Calls for One Universal Account

Writing in Forbes, John C. Goodman says there should be one easy-to-use account available to everybody. Sen. Ben Sasse (R-NE) has introduced a plan to move in this direction. In addition to a unified savings account, four additional changes are needed. 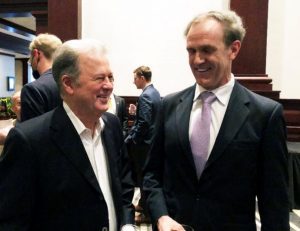 Larry Kotlikoff joined a bipartisan group of health policy experts to publish an article on reform of Obamacare in the Harvard Business Review and in Health Affairs. An update of that approach was produced by Kotlikoff and John Goodman for The Hill. John Goodman participated in Zoom briefings for Capitol Hill staffers (organized by the Heritage Foundation), a briefing for the American Association of Physicians and Surgeons, and a briefing for the Independent Institute. He also participated in many radio interviews.

The Goodman Institute sponsored the Svetozar Pejovich Memorial Reception at the spring meeting of the Philadelphia Society.