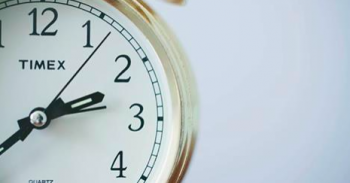 Social Security is far more complicated than most people realize. In fact, it is so complicated that even PhD economists are losing tens of thousands of dollars because they don’t know how to maximize the benefits the system owes them. As for ordinary mortals, forget it. The vast majority of people are missing out on enormous sums of money because they don’t know how to navigate Social Security’s complexity.

Help is on the way. It’s in Get What’s Yours: The Secrets to Maxing Out Your Social Security, a new book by Laurence Kotlikoff, Philip Moeller and Paul Solomon. In a nut shell, the authors identify just about every mistake you are likely to make and tell you how to avoid them.

Ironically, this book arrived on the very same day The New York Times published this comment by Paul Krugman on its editorial page:

Social Security is a shining example of a system that works. It’s simple and clean, with low operating costs and minimal bureaucracy.

People who bought a copy of the Times that day may want to ask for their money back.

Referring to “Social Security’s thousands of rules and thousands upon thousands of explanations of its rules,” Kotlikoff, et al. explains that it is probably the most complicated system you will ever have to deal with:

The Social Security system has 2,728 rules and thousands upon thousands of additional codicils in its Program Operating Manuel, which supposedly clarify those rules. In the case of married couples alone, the formula for each spouse’s benefit comprises 10 complex mathematical functions, one of which is in four dimensions.

Social Security spends only 1% of its budget on administration and Krugman thinks that is evidence of efficiency. In fact, the amount it spends is nowhere near what is needed to deal with the confusion, bewilderment and the need for advice on the part of the beneficiaries. The system gets 3 million requests for information every week. In 2012 the agency was forced to cut operating hours at more than 1,200 field offices at a time when more than 180,000 people were visiting these offices and there were another 430,000 phone calls to field – every day.

Worse, the advice people get from Social Security employees is often bad advice. The staff are insufficiently trained or too beleaguered to dispense information or advice about the systems ins and outs.

One way to think about this choice is to consider that between ages 66 and 70 the benefit grows by 8 percent for each year of delay. About 5 percent of that is an adjustment for mortality (the older you are, the fewer remaining years of life). But the remaining 3 percent is an inflation adjusted real rate of return. Where else these days can you get a risk-free real rate of return of 3 percent?

Despite this virtual gift from the federal government, only 1.1 percent of men and 1.7 percent of women wait until age 70 to begin drawing benefits! Worse still, the Social Security Administration has actually been encouraging people to opt for early retirement!

Now let’s consider a slightly more complicated decision. Suppose you and your spouse are age 66. In most cases, the optimal decision here is for one of you to file for retirement, but then suspend its collection (so that the benefit grows by 8 percent per year for the next four years). Then the other spouse can file for spousal benefits for the next four years and choose to draw a spousal benefit or retirement benefits in his or her own right thereafter.

A study by Alicia Munnell estimated that Americans are losing $10.6 billion a year by failing to make the right choices on decisions like this.

How does Social Security affect the family? The authors write:

Privacy rights – or at least the Social Security Administration’s view of them — have strange implications:

My only fault with the book is that it insufficiently explains the fundamental policy problem with Social Security. In fact, the authors appear not to even agree on this subject.

Like many social insurance schemes around the world, Social Security is run like a giant Ponzi scheme, in which every dollar of revenue is spent the very day, the very hour, the very minute it comes in the door. There is no real saving. No real investment. The only difference between Social Security and a Bernie Madoff investment scheme is that Madoff had to coax people to invest, whereas if you don’t pay your Social Security taxes, you could go to jail. Just as Madoff tried to convince investors that their funds were being invested, so politicians and even Social Security itself has tried to perpetrate the myth of the trust funds. In fact these funds are nothing more than IOUs the government has written to itself.

Looking indefinitely into the future, the Social Security Trustees peg the unfunded liability in Social Security at almost $28 trillion. That’s the difference between the promised benefits for future generations of retirees minus expected taxes dedicated to fund those benefits. That’s more than twice the size of the official outstanding debt of the US government. If you add to that the long term deficits in Medicare, Medicaid and dozens of other entitlement programs, Kotlikoff pegs the total unfunded liability at a whopping $210 trillion. That’s more than 12 times the size of our national income.

In my view, the Ponzi scheme nature of Social Security helps explain all of its complexity. The authors write:

What began as a Model T Ford program … — one size fits all — has been expanded, amended, reformed and socially engineeered into a fully loaded Rube Goldbergmobile. It has a driver’s manual a mile thick that we bet most of Social Security’s own representatives can’t follow.

What makes all this complexity possible, however, is that year after year, for decade after decade, politicians handed out benefits to people which they had never earned.