We work with the best scholars from around the country on the nation’s most difficult public policy problems.

Our mission is to find private alternatives to government programs that aren’t working.

Ideas have enormous potential to change the course of human events. What follows are some examples. 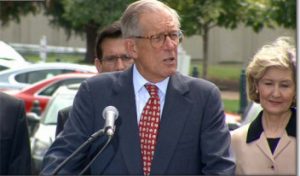 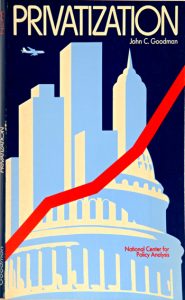 Creating a privatization revolution at the local level. 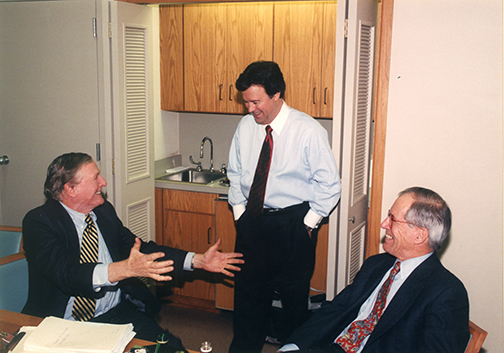 Here are seven more original ideas that are very much part of the public policy debate: 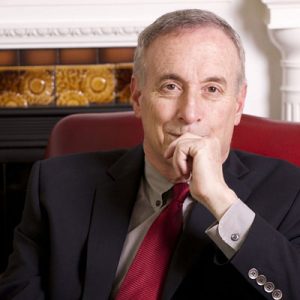 Laurence Kotlikoff does state-of-the-art modeling of our tax and entitlement systems. 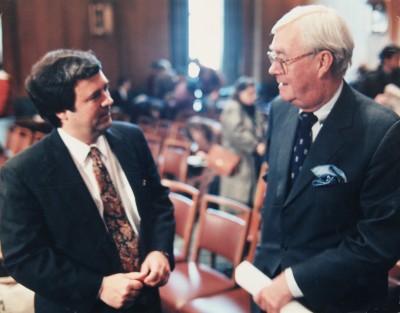 Working with highly sophisticated economic models, our scholars have discovered how to privatize our most expensive entitlement programs: 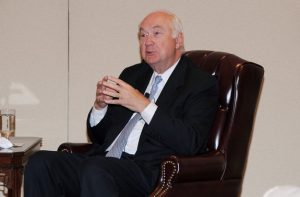 Legislation passed in 2003, made HSAs in principle available to the entire population of privately insured individuals and families. (See A Brief History of Health Savings Accounts.) A few years later, the Treasury Department approved Health Reimbursement Arrangements (HRAs), a similar concept, for employers. About half of those with private accounts have HSAs and the other half have HRAs. 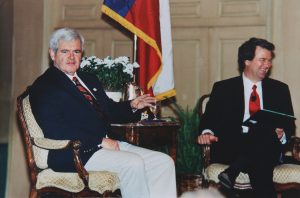 Five of our ideas formed the core tax proposals in Newt Gingrich’s 1994 Contract with America. Three of them became law.

The 401(k) reform was due to the joint efforts of Dr. Goodman, Gov. du Pont and Peter Orszag, while he was at the Brookings Institution and before he became chief economic advisor to President Obama. Dr. Orszag approached Dr. Goodman and asked for his help in reforming the 401(k) law — to give employees higher returns and safer returns. What followed was a series of bipartisan briefings on the House and Senate side, with Gov. du Pont serving as chair. The reforms were made part of the pension reform bill of 2006. (See Reinventing Retirement Income in America.) 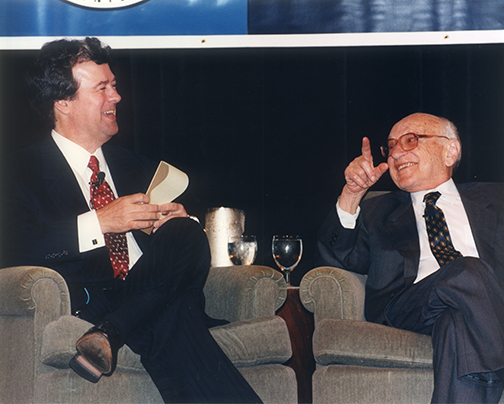 The NCPA task force report recommending school choice was organized by Dr. Goodman and included some of the top education researchers from around the country. Based on that report, NCPA board member Pat Rooney started a private school voucher program in Indianapolis for low-income families — a model that spread to more than 30 cities in less than a decade.

In 1989, John Goodman and Gary and Aldona Robbins produced a series of studies showing that a recently passed Medicare surtax not only applied to wages, it also reached capital gains and even tax exempt bonds. These studies got enormous media attention. Milton Friedman, The Wall Street Journal and others credit them with causing the ultimate repeal of the Medicare Catastrophic Coverage Act.

In his book Whitewash, Brent Bozell credits three people with the defeat of Hillary Care: Sen. Phil Gramm, Bill Kristol and John Goodman. Sen. Gramm invited Dr. Goodman to meet with fellow Republican senators and introduced them to Goodman’s idea of Health Savings Accounts. After HSAs became a core idea in the Republican alternative health care bill, enough senators signed on to stop Hillary Care in the Senate and keep it from becoming law.

References to most of the other documents referred to here can be found in “Our History.”