During the third quarter, we continued to partner with the Heritage Foundation in explaining the Trump administration’s health reforms and the need to make them permanent through congressional legislation. We continued our partnership with the Heartland Institute to publish Health Care News. And we initiated a major study of the Biden/Harris economic plan.

Presidential candidate Joe Biden is proposing to raise the corporate tax to 28%. His running mate, Kamala Harris, would like to push the rate all the way back up to 35% – making us the highest corporate-profit-taxing country in the world. Virtually every reputable economic modeling group predicts that higher corporate taxes are a burden for every income group – despite Biden’s claim that no one with an income below $400,000 would be affected.

Writing at Forbes, John Goodman says there are a number of Biden policy proposals that are surprisingly illiberal. For example:

All that said, the Biden economic plan does call for new taxes on the rich, claiming that they don’t pay “their fair share.” Yet, the top 1 percent of income earners in the United States already pay 38.5 percent of all income taxes. The top 10 percent pay 70 percent. And the U.S. currently has the most progressive income tax system in the world. 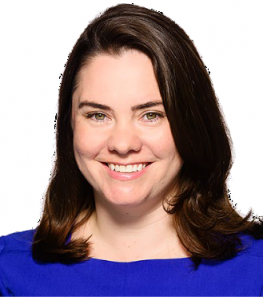 In a new analysis, John Goodman and Marie Fishpaw (Heritage Foundation) say our health care system is experiencing revolutionary change because of reforms championed by the Trump administration.

Virtual Medicine.  The change in the behavior of doctors and patients has been nothing short of breathtaking. According to CMS, between March and June of this year, more than 9 million Medicare beneficiaries received a telehealth service – including 22 percent of beneficiaries who live in rural areas and almost one in three beneficiaries who live in cities. Remarkably, this happened even though the Medicare age group is the least computer-literate segment of the population.

Two things made radical change possible: Covid-19 and the Trump administration. Legalizing telemedicine was not a simple act. Medicare pays doctors to do roughly 7,500 procedures. The Centers for Medicare & Medicaid Services (CMS) had to sort through those and determine which were candidates for virtual medicine and which were not. Fortunately, CMS had been sorting through those problems during the first three years of the Trump administration. It had been pushing the limits of congressional restrictions and generously allowing great leeway in the Medicare Advantage program. So, when Covid struck, the administration was ready. Congress was only too willing to let the administration do what it wanted to do all along.

Round-the-Clock Medical Care. Concierge doctors used to be available only to the rich. Today, “direct primary care” is far more affordable. Atlas MD in Wichita, for example, provides all primary care along with 24/7 phone and email access. They offer discounts on lab tests and generic drugs for less than what Medicaid pays. The cost: $50 a month for a middle-aged adult and $10 a month for a child.

The Trump administration has made a major step forward with an IRS rule (expected to be finalized later this year) that will allow Health Reimbursement Arrangements (HRAs) to be used for direct primary care. Since millions of employees already have an HRA account, this is a huge improvement in employee benefit options.

Patient Power and Chronic Care. There is mounting evidence that patients suffering from diabetes, heart disease, and other chronic illnesses can (with training) manage a lot of their own care as well as – or better than – traditional doctor therapy can. If they are going to manage their own care, they will do an even better job if they are also managing the money that pays for that care.

Health Savings Accounts (HSAs) are a natural vehicle. However, the current law’s requirement of an across-the-board deductible makes HSAs incompatible with smart insurance design for chronic care. Guidance issued last year by the Trump administration is a welcome reform. HSAs are now exempt from the high-deductible requirement for the purchase of drugs for 13 chronic conditions. This means that the employer or insurer can provide first-dollar coverage for drug therapy without running afoul of HSA regulations. This regulatory change is especially important in meeting the threat of Covid-19.

Insurance Tailored to Individual and Family Needs. Obamacare insurance is one-size-fits-all. It comes with a full package of required benefits, and at a heavy price – a very high premium, a high deductible and typically a very narrow network of providers. Why can’t people have different options? Before there was Obamacare, they did.

The Trump administration has relaxed the regulations governing short term, limited-duration health insurance. These are plans, which are not governed by Obamacare regulations, that are designed for healthy people with a temporary need – say, to bridge a gap between school and work or a move from job to job. The Trump administration also allows the sale of a second type of insurance, which we will call “change of health status insurance,” that allows a transition between these three-year periods.

By stringing these two types of insurance together, people can potentially have a long-term relationship with a “short-term” insurer, rather than one of short duration. And since this is a largely unregulated market, we could see the emergence of different types of insurance, designed to meet different types of needs.  Whereas today the typical short-term plan has features that would be of interest only to someone who wants insurance temporarily, in the future we might see a proliferation of the standard Blue Cross plans that were popular before there was Obamacare.

Price Transparency. Health care is the only important market where buyers cannot find out the price of services before they buy. And this seems to be the result of third-party payment (insurance companies, employers and government). When providers don’t compete on price, they don’t compete on quality either.

Pursuant to an executive order signed last year by President Trump, hospitals are now required to post their prices for common procedures in a consumer-friendly manner, and that requirement has been upheld in the courts.

Personal and Portable Health Insurance. As of January 2020, employers can now use Health Reimbursement Arrangements (HRAs) to provide tax-free funds employees can use to buy their own health insurance. This is health insurance that employees can take with them as they travel from job to job and in and out of the labor market. That is especially important at a time of labor market uncertainty, when millions of Americans are lacking job security.

What is Needed. Trump’s executive orders can easily be reversed by a future president. And the latest congressional authority is in almost every case tied to the Covid threat. When the virus goes away, the newly acquired freedoms described above will also go away. Congress needs to codify these changes and ensure their permanence.

Unlike swab tests and finger prick tests (which cause personal discomfort), paper strip testing involves no more than spitting into a tube – with results in 15 minutes.

So, what’s the hold-up? The FDA apparently wants these tests to have the same accuracy as a standard PCR (swab) test. “But the agency is focusing on a false notion of precision,” says Kotlikoff. 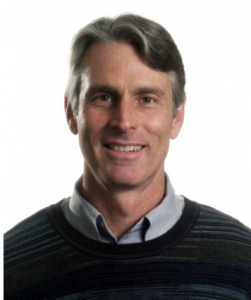 We often hear that there’s a tradeoff between saving lives and economic performance. In a Goodman Institute Brief Analysis, Charles L. Hooper and David R. Henderson say that in the case of Covid-19, there Is no tradeoff. The two go together.

Lockdowns and hiding behind doors and masks have just delayed the inevitable – reaching herd immunity. It’s better to protect the old and sick while exposing the rest of us to possible infection, allowing us to get to herd immunity more quickly.

Herd immunity is that threshold – likely 60-70 percent – at which enough people are immune to infection that the virus can no longer move easily throughout the population. People who have been infected or vaccinated serve as a barrier to those who haven’t, effectively surrounding and protecting them. Once herd immunity is reached, the virus will slide into the background.

Herd immunity and our innate immune systems help explain why, even in congested circumstances, such as cruise ships, homeless shelters, and an aircraft carrier, not everyone succumbs to Covid-19. The proportion of infected individuals has not exceeded 45 percent. Those are worst-case scenarios; you probably don’t live in such an environment.

Ironically, while the lockdown may have prevented some deaths because of fewer infections, it may have led to increased deaths from other causes. Doctors report that the number of patients presenting with serious conditions, such as heart attacks, appendicitis, and strokes, has dropped by 50 to 90 percent. The National Cancer Institute estimates that there will be tens of thousands of excess cancer deaths over the next decade due to reduced screening, diagnosis, and treatments. 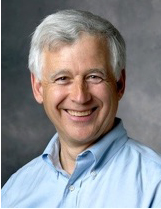 Absent a highly effective vaccine or some other cure, only two policy questions are relevant: how quickly should we reach herd immunity and whom should we protect during that period? The answers are obvious. We should achieve herd immunity as quickly as is prudent, while protecting the vulnerable, including the elderly, sick, and frail. Let the young and healthy become infected in the natural course of their lives to help create a protective layer around the old and sick. The first step is reopening schools and businesses.

The authors say, “Our strategy may sound counterintuitive, but it is the only path that will extricate us from this mess.”

President Trump says he wants to increase protections for people with pre-existing conditions. In a Goodman Institute/Heritage Foundation study, John Goodman and Devon Herrick write that Obamacare has actually made things worse for people with chronic health problems. And in Forbes,  John Goodman says there are at least eight things the Trump administration could do to make things better:

This is a standard feature of the Medicare Advantage program. By contrast, plans are required to be all things to all patients under Obamacare. 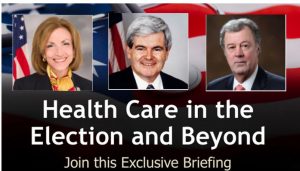 Newt Gingrich joined John Goodman and Fox News Contributor Nan Hayworth for an exclusive video briefing on health policy. A core idea: conservative politicians can win elections on health policy so long as they focus on reforms the Trump administration has already adopted. These include the ability of patients to communicate with doctors by means of phone, email and Skype; the opportunity to have a 24/7 relationship with a primary care physician, including availability at nights and on weekends; and the ability of employees to have insurance they personally own and can take with them from job to job and in and out of the labor market.

Thanks to a partnership between the Goodman Institute and the Heartland Institute that began in June, Health Care News is now being published monthly. With the fall elections in mind, the newspaper now has more of a national focus, including special attention to very important Trump administration reforms that are getting little attention in other news outlets. 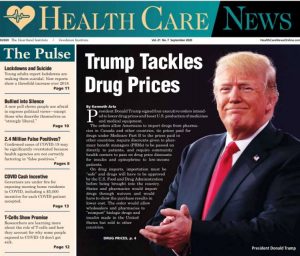 A year ago at Forbes, John Goodman said there is a simple solution: outlaw the original messages as false advertising. Insurers and providers would then have to settle the issue with negotiation. A new academic study shows that arbitration of these disputes saves 12.8% on average – and of course a lot more than that for the truly outrageous bills.