In the third quarter of 2018, the Goodman Institute continued to defend the tax reform bill against its critics. We are also continuing to work with members of Congress to find a alternative to Obamacare. 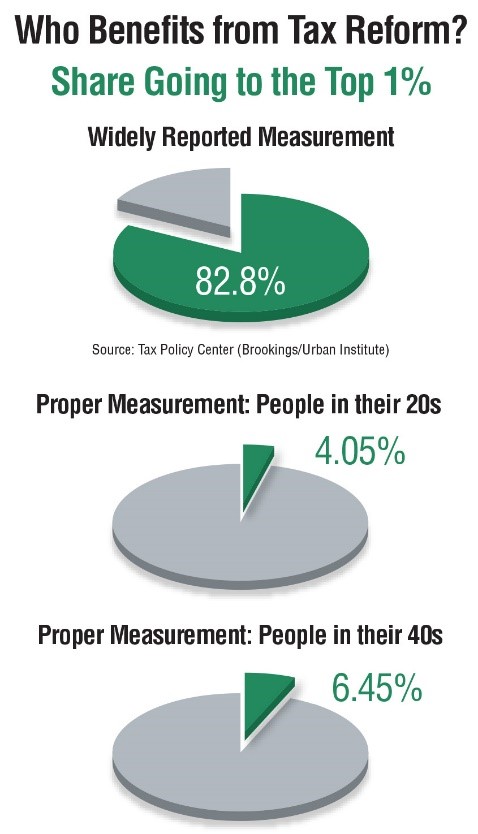 Although widely reported in the national news media, the claim that most of the benefits of tax reform are going to the wealthy is wrong, according to economists whose ideas were used in shaping the legislation that was enacted last year.

In a report for the Goodman Institute, Goodman Institute Senior Fellow and Boston University economist Laurence Kotlikoff says that under the new tax regime, the top 1 percent of income earners will actually bear a larger share of the tax burden than they did under the previous system.

House Rules Committee Chairman Pete Sessions is proposing changes in the tax code that are a radical departure from the Republicans norm. The changes emphasize bread-and-butter reforms that benefit seniors, women, working families and patients with chronic illnesses.

Many of the ideas come from the Goodman Institute, including these:

These changes will not cost the federal government money, according to the Goodman Institute. Instead they will make our institutions more efficient and better able to meet people’s needs.

Private Insurance Down, Spending Up

The percent of the population with private health insurance actually declined during the eight years of the Obama presidency, according to a Goodman Institute study.

Yet subsidies for individual buyers have exceeded $100 billion a year – theoretically enough to insure an additional 20 million adults.

“A main goal of Obamacare was to make sure everyone not eligible for a government program had access to affordable private coverage,” said Linda Gorman, a health economist who authored the study.

“Employers are required to provide insurance; until next year, individuals are required to buy it; and low and moderate income families qualify for generous subsides,” she said. “Clearly, something isn’t working.”

Almost everybody on the political left thinks that Medicare is a government plan – one that is completely different from private insurance. Yet that view is wrong, according to a two-part analysis by John Goodman in Forbes.

One-third of all seniors – and perhaps as many as half of young seniors – are enrolled in plans offered by Humana, Cigna, United Healthcare and other private insurers under the Medicare Advantage program. These private plans are virtually indistinguishable from the private insurance non-seniors have.

Studies show that the most successful part of Medicare is run by private insurers. The Medicare Advantage program costs less and delivers higher quality care than traditional Medicare. Moreover, within the Medicare Advantage program the most successful plans are the ones administered by independent doctors’ associations. These plans are showing that integrated care, coordinated care, medical homes and electronic information sharing actually work – to keep patients healthier and improve medical outcomes.

Traditional Medicare, by contrast, is often the last insurer to adopt innovations that work. It won’t pay for doctor consultations by phone, by email or by Skype. It won’t pay for Uber-type house calls at nights and on weekends, although the cost and the wait times are far below those of emergency room visits. Nor will it pay for concierge doctor services, now available to seniors for as little as $100 a month.

After years of foot dragging, Medicare now pays for tele-medical services which link hospital specialists with patients in rural areas. But it won’t pay for those same services in urban areas – where most people live.

Another revelation in the Goodman Forbes’ piece:  Most seniors in conventional Medicare are participating in stealth privatization programs, even though they are unaware of it. These seniors have been assigned to managed care programs called Accountable Care Organizations. By one estimate there are 20.5 million patients enrolled in some type of ACO and the number who may be affected by ACO activities could be more than twice that figure. This is all part of Obamacare.

Even though President Obama never used the words “privatization” or “managed care,” these ACOs are mainly private entities with essentially the same economic incentives as the hated HMOs of the 1980s and 1990s. Not only did Obama never tell seniors they were participating in a grand experiment, it is illegal for an ACO to tell a senior they are actually enrolled!

This experiment has largely been a failure, however. Without the tools routinely used by Medicare Advantage plans (including the right to transparent communication with patients), ACOs are neither saving money in the aggregate nor are they improving the quality of care. 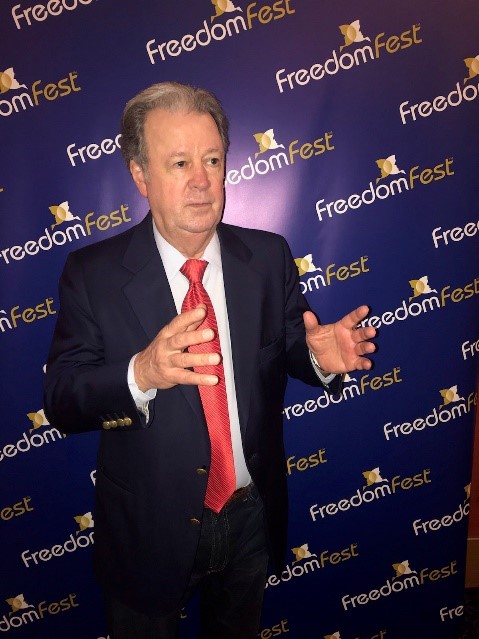 Goodman Institute scholars took to the air, to cable TV, to print media and to the Internet during the third quarter. Sen Hannity and Sen. Bill Cassidy discussed the institute’s role in health reform. Larry Kotlikoff told readers they are getting a lot of bad advice on retirement savings. He also questioned why Social Security is suing a six-year-old. Nan Hayworth told Dana Perino that health care could be the deciding factor in the mid-term elections. John Goodman told Fox News there is a race to the bottom in the Obamacare exchanges. Donald 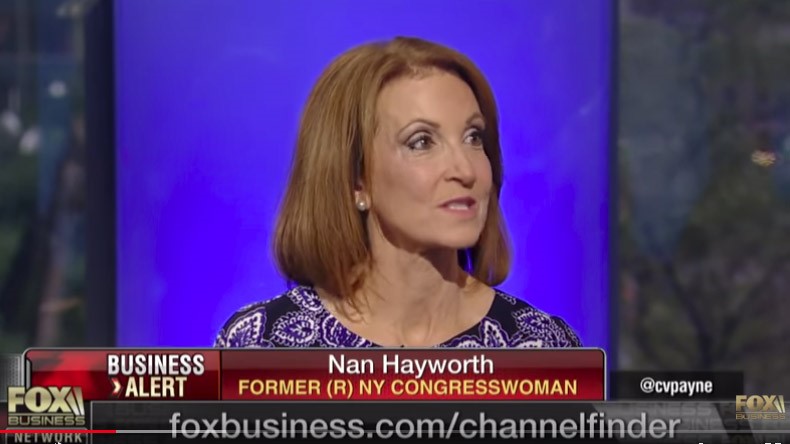 Can Obamacare Be Worse than Medicaid?

MD Anderson Cancer Center in Houston boasts that it was ranked number one in the country for cancer care for 13 of the past 16 years by US News & World Report. But according to its website the Center won’t accept a single private health insurance plan sold in the individual market in the state of Texas.

With the exodus of Blue Cross, it appears that the Mayo Clinic (once cited by president Obama as a model for the nation) is not accessible to anyone with an Obamacare exchange plan in Minnesota. Memorial Sloane Kettering appears to be out of bounds for every exchange plan in New York City. 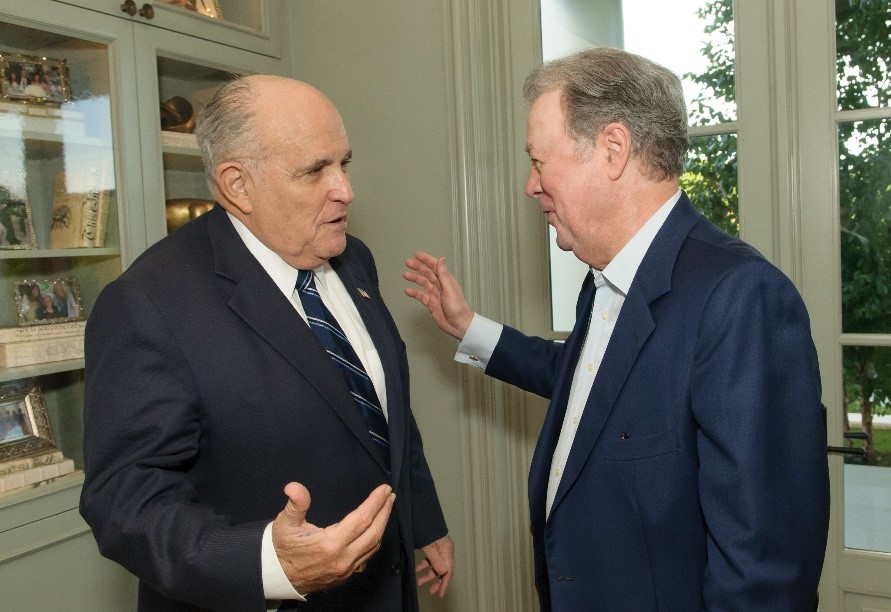 These are a few of the examples Dr. Goodman used in a recent editorial in the Wall Street Journal. In many cases, people enrolled in conventional Medicaid have better options than those enrolled in Obamacare plans.

The Goodman Institute hosted the opening reception of the fall meeting of the Philadelphia Society in Fort Worth in September. The organization was founded in 1964 by Donald Lipsett in conjunction with Bill Buckley, Milton Friedman, Frank Meyer, and Ed Feulner.