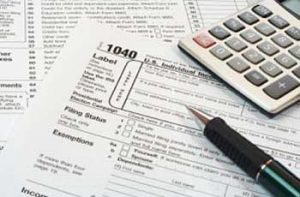 The goal of the Tax Center is to use sound economic analysis to evaluate the tax and spending policies of the federal government. Right now that is not being done by any other entity.

This is probably the single most important project of any think tank in the country. It has enormous potential to guide Congress, the administration, the business community and the general public in evaluating alternatives to the current system.

Our second goal was to evaluate the overall effects of federal taxes and entitlement spending on the distribution of income and wealth in this country. To do that, Prof. Kotlikoff and Berkley tax economist Alan Auerbach developed a first- of-its-kind model, tracing the lifetime effects of the U.S. tax system and all the major entitlement programs. This was an enormously difficult task. But once completed, it has a huge potential to affect public policy.

Here is the most surprising finding about the corporate income tax. Most of the burden is not falling on shareholders. It is falling on workers. As a result, the biggest beneficiary of abolishing the corporate income tax is labor. This finding is enormously important to both political parties, where we find politicians complaining about stagnating wages, but with no idea what to do about it.

According to Prof. Kotlikoff’s analysis, eliminating the corporate income tax would result in:

Even moving to a roughly revenue-neutral corporate “flat tax” would produce substantial gains. Prof. Kotlikoff projects that reducing the current 35 percent tax rate to 9 percent and eliminating loopholes would produce:

Here is the most surprising finding about the distribution of income and wealth. Federal policy is far more progressive than most people have been led to believe. For example, for people in their 40’s:

However, in achieving these results federal policies create lifetime marginal tax rates that are 50 percent or higher for almost everyone. And that is enormously costly – as future studies will show.

We have gone way beyond what is reasonable or prudent in terms of redistribution. Our focus instead should be on creating better incentives to work, save and invest.

We have gone to great lengths to make sure that this analysis is viewed as completely objective and non-partisan. In pursuit of that goal, we have as advisors to the project some of the best tax economists in the country – both Democrat and Republican.

This carefulness has paid off: