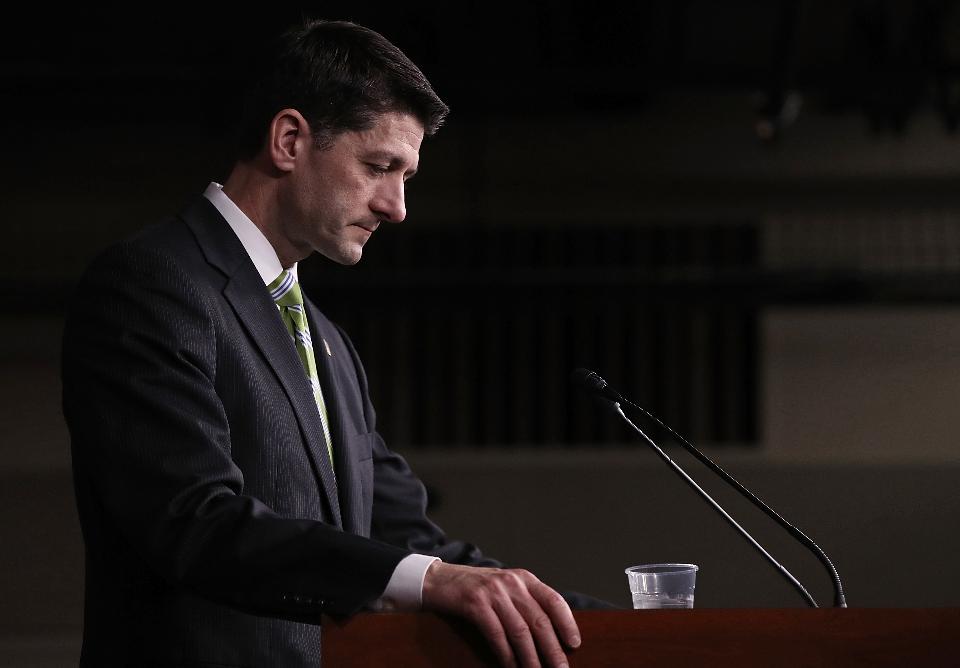 Republicans in Congress have never been more divided over what constitutes a conservative approach to Obamacare. If that doesn’t strike you as strange, it should.

Only a few years ago, the party was united behind three reforms that are consistent with individual empowerment and limited government: (1) a universal health refund that transfers all government tax and spending subsidies to ordinary citizens each year with no strings attached other than the requirement that it be used for health care, (2) a flexible Health Savings Account that allows people to manage some of their own health care dollars and (3) pre-existing condition protection for people who lose their insurance because of government policies.

For well over a decade House Speaker Paul Ryan (R-WI) was a steadfast supporter of all three ideas, including replacing tax and spending subsidies for health care and health insurance with a universal tax credit. John McCain ran on these ideas in the 2008 election. The legislative embodiment of McCain’s plan was the Patients Choice Act, which Ryan cosponsored in 2009 along with Devin Nunes (R– CA) in the House and Tom Coburn (R–OK) and Richard Burr (R–NC) in the Senate.

Then we got Obamacare. In fashioning a response, Paul Ryan lost his way. So did the conservatives who opposed him.

As noted, a tax cut tied to health care is part of good health reform. But the Ryan tax cut wasn’t tied to health care. It consisted of repealing the very revenues that were funding Obamacare. (See below.)  Since the tax cut took money out of the system, the spending cuts paired with it also removed money from the system.

When asked about all the people who were going to lose their health insurance as a result,  Republicans told TV interviewers they questioned the Congressional Budget Office numbers. (After all, hadn’t the CBO been wrong in the past?) What they didn’t say is that those uninsurance numbers were essential to making the Ryan plan work. If 24 million people don’t get health insurance, 24 million people won’t be getting subsidies through Medicaid or through the tax credits. That means less spending.

The health economists at American Enterprise Institute, Avik Roy and others were puzzled about why the AHCA didn’t follow their suggestions on how to make the bill better. I was surprised that the bill didn’t copy whole sections from a proposal by Rep. Pete Sessions (R-TX) and Sen. Bill Cassidy (R-LA). This proposal would provide a minimum amount of health insurance to almost everyone and it would give the private sector new tools to control costs, as we described at Health Affairs.

Here is the answer: The AHCA was a bad health care bill because it needed to be a bad bill to achieve its tax reform goal. A bad bill would produce a lot less spending. With less spending, there could be a large tax cut unrelated to health care.

Unfortunately, the conservative response to all this has not been much better. How many times have we heard Republican politicians tell us they want to repeal every word, every comma and every period in the Affordable Care Act?

Here is one reason that’s a bad idea. The ACA contains the largest entitlement reform in history – a huge reduction in future Medicare spending that was actually agreed to by AARP. In particular, Obamacare called for reductions in Medicare spending of about $850 billion over the first ten years. It then put Medicare on a budget, requiring it to grow no faster than national income – forever. This one change, that has been completely ignored by the national news media, reduced the federal government’s unfunded liability by more than $50 trillion the moment Barack Obama signed the ACA.

Admittedly, all this was done in a completely thoughtless manner. In future years, we are going to have to figure out how to live with these spending cutswithout putting the elderly and the disabled at grave risk. But to repeal this reform outright would be about the most unconservative and completely irresponsible thing Republicans could possibly do.

Even if they did ask for it back, who could possibly think they deserve it?

Think about all the taxes you would like to repeal and rank them from most to least desirable. Where on the list would you put the taxes listed above? Near the bottom, I would hope.

To move forward here is something the House Republican Leadership and the House Freedom Caucus should agree on. Let’s keep the parts of Obamacare that help us achieve conservative health reform. That includes keeping Obamacare revenues that total as much as $2 trillion over the next ten years.

What is the most conservative thing you can do with $2 trillion? Have a tax cut. But it needs to be a tax cut tied to health care.

This article was originally published at Forbes on March 28, 2017. http://bit.ly/2pxbjDM