Seemingly a century ago, on February 25, I wrote these words in a column for The Hill: “I predict a massive drop in global stock markets in coming days with no rebound until what is now being called a pandemic is brought under control.”

This prognosis is coming true. When I wrote that, the market was down 8% from its peak on February 19. As I write, the market has dropped 31% from that peak value. On Saturday I wrote, in Forbes and at NBC News, that the economy, full of companies with huge amounts of triple-B rated debt, is heading toward a massive recession if not a depression. This will drive the stock market further south. Indeed, I think we’ll see the market drop 50% or more from its peak in a few days. That’s an S&P Index value of roughly 1700. Goldman Sachs just released a similar assessment. 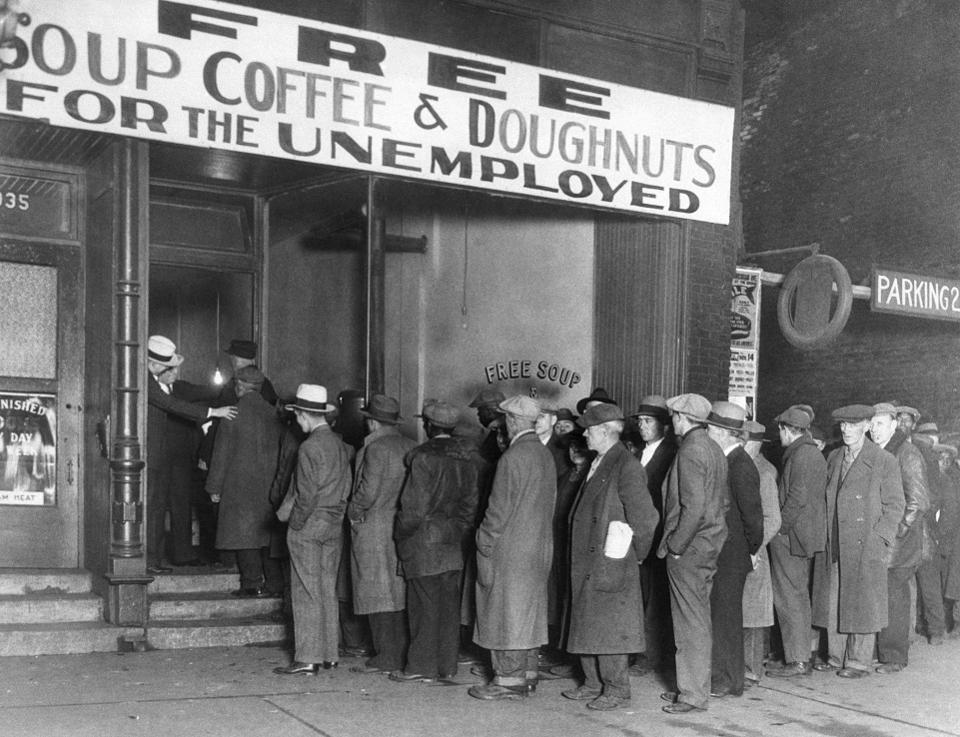 It’s very hard to think of a service industry that isn’t getting crushed or isn’t about to get crushed by these two shocks. And the service industry represents more than three fourths of our economy. Precisely the same shocks are hitting abroad. I woke this morning to the news that Fiat Chrysler has suspended production of vehicles in Europe. US airlines are now considering halting all domestic flights after their foreign flights have largely been banned.

To get a sense of what might happen to our service sector as well as industrial production, digest the latest figures from China. They show a 20% drop in retail sales over just the past two months. China’s decline in industrial output was 13%. To put these reports in perspective, the drop, from peak to trough, in US total real (inflation adjusted) GDP in the Great Recession was only 3%. The peak to trough reduction in output in the Great Depression was 25%. Hence, the service sector in China is already in depression territory.

Are we going to have another Great Depression? Hard to see why not. According to the BLS, roughly a quarter of US workers work at home each day. If that could be doubled, a big if, and if no one could otherwise work, we’re still talking a reduction in output of 50%. Yes, all kinds of remote-working adjustments will be made, so maybe 50% turns into 25%, i.e. the Great Depression.

Those without college or higher educations will be hit hardest. Only 6% of such workers currently work at home on a given day. Many low-income workers are living hand-to-mouth as it is. With no job and a mortgage or rent to pay, food distribution by the military will be essential to keep them and others alive. Bread lines are, of course, the classic image or symbol of the Great Depression.

The real question about a potential depression is how long it will take to control the virus. There are four methods. Method 1: Tell the president to use his magical powers. He says he has control of the virus. Let him show us. Method 2: Let it run wild. Have as many vulnerable people die as needed, leaving survivors with herd immunity. That’s inviting a holocaust, make no mistake. But so far that’s this is the President’s plan. He’s said nothing and done nothing to prevent people from acting like it’s business as usual.

Method 3: Voluntary or mandatory Social Distancing. This will bend the curve and help keep hospitals from being overwhelmed. But it’s not an end game. Once the number of new cases falls and people come out or are let out of hiding, what prevents the virus from ramping up again? Method 4: Lock down the country for two to three weeks. Have the military deliver food. Use the two to three weeks to put in place compulsory testing for all Americans once a week, starting with everyone walking outside, congregating in restaurants or social settings, or gathering in a workplace. If you are clean, you’d get a time-dated certificate to show you aren’t a likely threat to anyone for the seven days between tests. Yes, this sounds straight out of Nazi Germany. But this isn’t badges to identify who to kill. It’s badges to designate who is safe to be around. Method 5: Develop a vaccine. This is what the market seems to be counting on. Otherwise, it would be completely down the tube already. But no one is suggesting a vaccine will be tested and available before the year’s out.

There is a rumor going around that the federal government will shortly impose a two-week lockdown. If you divide 2 by 52, you get an annual loss of output of 3.8% just by having the country stop for two weeks. This ignores any online work. If online work is 0.8% of GDP for the two weeks, we’re still talking, at a minimum, the same size percentage decline in GDP for 2020 as was observed in the Great Recession.

Economists aren’t supposed to be able to predict the stock market and I’ve made my share of bloopers. But short of engaging in Method 4, we’re likely in for a depression that will last at least a year. The last time we had a depression, the stock market fell 86 percent from peak to trough.