Group testing all Americans every day is our surefire secret weapon to save potentially millions of lives and immediately restart the economy. Group testing is a super efficient way of finding out who’s infected and who’s not. Iceland’s doing it. Israel’s doing it. Even Nebraska’s doing it. The President needs to implement this policy immediately with the help of the military. It’s that simple. 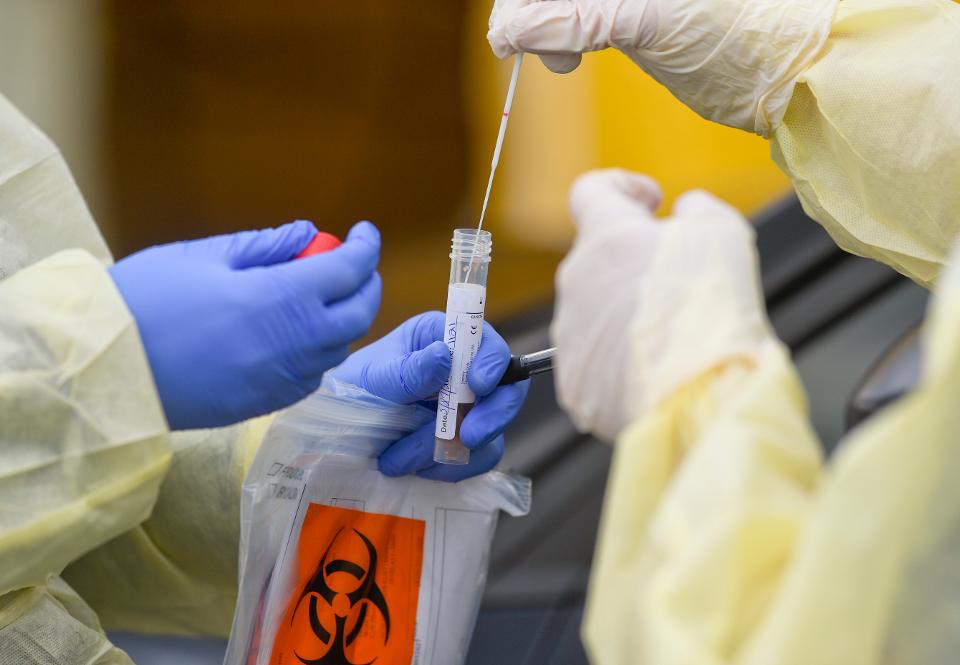 We are doing the unimaginable to escape coronavirus, from shuttering stores and restaurants, to mandating quarantines, to stopping international travel. Now some states are demanding that out-of-state visitors quarantine for two weeks. And President Trump Saturday tweeted he was considering quarantining New Jersey, New York, and Connecticut, before backing off that idea. My wife and I took a drive today to Crane’s Beach, which is an hour north of Boston. We found the beach closed to all but locals. Soon the small towns will use their police to keep big city “foreigners” out. Then we might see different parts of cities seal themselves off. For example, Queens, Brooklyn, and the Bronx could close the bridges and tunnels from and to Manhattan.

If you woke up a year ago to today’s reality, you’d think you were somehow transported into a dystopian movie. Not yet Mad Max, but heading that way.

Fortunately, there is a foolproof way to defeat coronavirus. The president simply needs to make it happen. Here’s the secret weapon.

Group Test Every American Every Day.

As I’ve written and as Iceland is showing, testing every American every day and giving those who test negative a badge for the day to work, shop, frequent restaurants, etc. will let us separate those who are healthy from those that are sick and let those who are healthy go back to work, shop, reopen their businesses, and, most important, rehire the workers they have just fired. Equally important, it will give workers and employers the confidence they need that participating in the economy and reopening their business is fully safe.

I’ve received three sets of negative responses to this proposal.

The first: “Testing everyone every day is impossible. We can just test people who have symptoms and if they are positive, trace their contacts.”

This approach is fraught with problems. We’re not China, South Korea, Hong Kong, Taiwan, or Singapore. We don’t have an electronic record of where everyone was over the past two or so weeks, let alone with whom they interacted. And we can’t confiscate people’s cell phones and download their contact lists. Hence, contact tracing will be poor at best. Moreover, infected people may be asymptomatic. Hence, they’ll never get tested in the first place and have two weeks or more to spread the infection. To make matters even worse, the current PCR test produces a false negative between 14 percent and 30 percent of the time depending on which study you read. Hence, many infected people are being told they aren’t infected when they are. When this happens, they head off to spread the infection, which they will continue to do for days or weeks if they don’t land in a hospital with worse symptoms.

The second objection to daily universal testing is that it’s too costly. This can’t possibly be true compared to the cost of having so many people become terribly sick or die, not to mention destroying the economy.

The third concern with testing everyone every day is that there aren’t enough testing kits, labs, testing machines, reagents, etc. available. This is where the miracle of group testing comes in. It’s an old idea developed by a Harvard economist named Robert Dorfman during WWII. I’m old enough to have met Professor Dorfman when I was in grad school. But I never knew anything about group testing until yesterday, let alone that Dorfman was responsible for the idea.

Dorfman was tasked with figuring out how to efficiently test new recruits for syphilis. The test, a blood test, was expensive. Dorfman proposed drawing blood from a group of recruits, say 20, and mixing it together. Then you’d test the batch. If syphilis wasn’t found, it meant that one test had cleared 20 recruits. If the test came back positive, you could split the sample into 10 and 10 and run another test using extra blood retained from the original blood draw. If one of the two blood groupings tested negative, you’d know the problem was in the remaining 10 and split those 10 into two groups of 5. If both of the tests of 10 were positive, you’d move to four tests of 5 recruits. And so on.

The point is that if the share of recruits with syphilis was low, group testing could dramatically reduce the number of tests needed to separate the healthy from the sick. And it could still identify precisely who was sick.

What worked in WWII for syphilis can work today for coronavirus. This is the marvelous insight of three French economists — Christian Gollier, Jean-Luc Travernier, and Olivier Gossner — from the Toulouse School of Economics, the National Institute of Statistics and Economic Studies, and the Ecole Polytechnique, respectively. They sent me and other economists, including The Hoover Institute’s John Cochrane, their papers yesterday. John wrote about the group testing idea in his blog. But we academics are behind the curve. Governor Ricketts of Nebraska adopted group testing several days ago.

There is now a 15-minute coronavirus test. What we need to do is group-household test each day. The method is simple. A testing mobile, manned by military personnel, would come to your street early each morning. The members of your household and maybe another 9 (the best number is yet to be determined) would be invited to provide a swab sample. All the swabs of all the households would be collectively used to test if any of the swabs was positive. Fifteen minutes later your group of households would either be cleared to go to work and frequent stores, restaurants, and other establishments for the day or not. If you’re cleared, you’d get a green bracelet that would automatically change to red after 24 hours. Those with green bracelets would be returned to normal society. If your group of households tested positive, subgroup testing would be done, on the spot, until it was discovered which of your group’s 10 households was infected and which weren’t. Those households that were infected (had one or more infected members) would need to go into quarantine.

The military is the only group that can conduct this critical mission across the country efficiently and effectively in the time required. The military personnel doing the testing would be extensively trained, have protective gear, and follow a protocol would be established to limit, to the maximum extent possible, uninfected people becoming infected in the course of the testing. The public fully trusts our women and men in uniform and will comply with their instructions.

Yes, the testing won’t be perfect. But by limiting the number of tests, we can better ensure that the people doing the testing are the best qualified and that the testing is done at the highest level. And yes, some infected people will spend the day at work, in restaurants, in shops, etc. But workplaces, shops, and restaurants would take temperatures before letting people enter, continually disinfect surfaces, and implement the best social-distancing practices.

Initially, the best we may be able to do is test every household once a week. But over time, we can get to daily testing. And, as the tests improve, we’ll reach the point that less frequent testing is needed.

This can all be started very rapidly, maybe in time for Easter — the president’s proposed date to restart the economy!

PS, Here’s an email from an Atlanta doc that I received after writing the above.

I agree 100% with all you say about coronavirus and agree with Paul Romer. Please be as vocal as possible about mass screening of the population. And start today. Any positives we remove today will impact the level of disease we see in 3-4 weeks.

STOP testing sick people at the end. The treatment is not different.

START screening the population. Remove the fuel and the fire will go out. I am a doctor and waiting for this to crest in Atlanta. We could have a huge impact on the crest if we started screening the population now and isolated positives. Instead they test sick people after the fact. I don’t want to see all of these patients and healthcare workers die.

Israel is now using pooled testing of 60 samples to screen. If the pool is negative all are negative. We do this to screen our blood supply. Handsomely pay a biotech firm to work on this strategy. But with pools of 60, you can screen a lot faster than 1 by 1.