You are working tirelessly and heroically to fight Coronavirus. I and hundreds of millions of other Americans thank you for your efforts. Yet I find myself totally perplexed as to why you are ignoring the obvious and sure way to eliminate the scourge of Covid-19 in just one month. 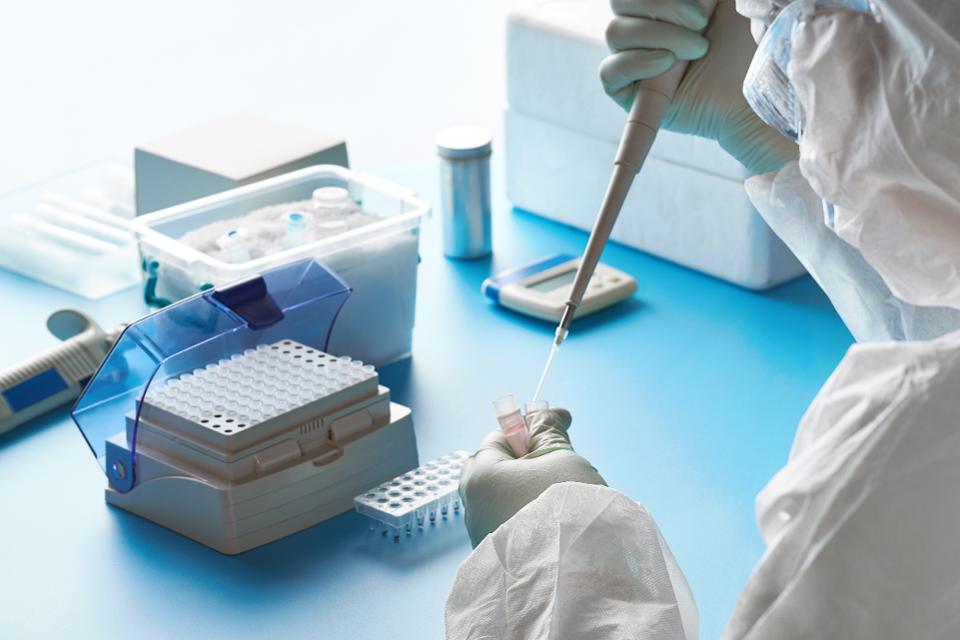 The solution is PCR group-household testing of all American households every week. Doing so will require running only 6 million tests per week, which is eminently and imminently feasible. Group testing was developed by economist Robert Dorfman during WWII to test for syphilis in army recruits. It’s used routinely to test blood donations. It’s also been used in PCR testing of animals. Its sensitivity to Covid-19 has been clearly established by Israeli scientists.

Testing all American households every week won’t just save the economy, which is literally at death’s door. It will save tens of thousands of lives. Compared to what you two are effectively sanctioning — each state opens up while paying lip service to your, at best, hopeful guidelines — bulletproof group testing is a godsend.

PCR group-household testing entails combining (mixing together) household samples and performing a test on the combined mixture. Given the new FDA-approved Rutgers University saliva test, all household members can spit into a single container and deliver or mail that container to a test-collection site with a filled out label detailing all contact information of all household members.

Suppose at the testing facility, the samples from 62 households are mixed together and tested. Further, assume the combined sample tests negative. In this case, we can clear 155 people (assuming 2.5 people per household) with a single test! That’s a 155 to 1 efficiency factor relative to testing each person separately!

If a household tests negative, each household member would be notified to go to their local pharmacy to receive a green wristband coded to change to red after one week. After one week, everyone in the household would provide a new sample and be re-group tested.

This system is voluntary. But if you choose to have your household tested and receive your green wristband, you’ll be permitted by your employer to return to work, by your teachers and professors to return to school, and by proprietors to enter their restaurants, shops, cafes, etc. You’ll also be allowed to frequent the beach, attend concerts, go to the movies, … .

Any household that tests positive will be required by the local board of health to quarantine in place for two weeks and then be re-tested. Households that don’t voluntarily get tested will be free to come and go as they wish. But without their green bracelets, they will have a hard time entering into workplaces and other establishments. Employers who hired the untested could face legal liability. The same holds for any business serving the public who lets someone onto their premises without a green bracelet. Moreover, no one will eagerly enter into a restaurant, board an airplane, attend a university lecture, head to the mall, or go back to work unless they can see with their own two eyes that everyone they are encountering has tested negative within the past seven days.

Is there something magical about the number 62? Yes. It’s the optimal number of households to be included in a single test according to a carefully worked out protocol developed by Cornell University Professor of Operations Research, Peter Frazier, and his colleagues. (Note, under Frazier’s protocol, the optimal group size changes by the week with the long-run optimal size stabilizing around 40.)

Professor Frazier’s protocol has two great advantages. In the process of doing the group-household testing, it identifies, with no extra tests, precisely those households that are positive. It also handles false negatives, assumed, very conservatively, to run at a 30 percent rate (ignoring intra-household correlation), via repeat testing. The repeat testing ensures that after four weeks virtually 100 percent of those wearing a green bracelet will, in fact, have correctly tested negative in their most recent test.

Why is a 30 percent false negative rate very conservative? First, because it’s at the high end of the studies out of China. Second, many of the false negatives may reflect inexperienced sample takers who didn’t properly swab the very back of subjects’ noses. With saliva testing, there is far less chance of collecting an improper sample. Third, by combining the saliva of all family members in one sample, the chances that the entire household sample will test negative when at least one household member is positive is much smaller than 30 percent. The reason, which Frazier’s protocol incorporates, is correlation. If one household member is infected, the chances are good that other members are infected. Moreover, they may have enough viral load collectively, whereas individually they may not.

Professor Frazier’s protocol will release 96 percent of the American public back into the economy in just one month. Thereafter, this percentage rises. Moreover his protocol works whether the true nationwide prevalence rates is high or low. (We still have no idea about the national prevalence rate, but would quickly learn in the process of group testing all U.S. households.) Remarkably, the protocol can achieve the same four-week release rate with six million tests regardless of whether the degree of prevalence is higher or lower than Frazier’s assumed 1 percent.

Surprisingly, cities or states with higher prevalence require fewer, not more tests. Intuitively, the higher the prevalence, the larger the share of households initially quarantined for the two weeks assumed for the disease to run its course. Yes, fewer green bracelets would be issued in the first three weeks, but by week four, 96 percent or more of households would be back to doing their normal activities.

By the way, companies like immunipass.com, can provide a modern equivalent of green bracelets. Households that group-test negative could receive a QR code on their phones that could be read and verified by employers and proprietors as individuals enter into their premises.

How does PCR group-testing relate to antibody screening, now available, and antigen testing, which may become available? The best estimates, based on the current allegedly sketchy antibody testing, indicates that from 3 percent to 17 percent of the population has, by now, contracted Covid-19. Even 17 percent is miles away from what is needed for herd immunity, namely about 66 percent. Going from a 3 percent to a 66 percent share of the population that’s survived Covid-19 entails another 800,000 deaths. Going from a 17 percent survivor rate to a 66 percent rate entails another 180,000 deaths. Hence, anyone counting on herd immunity to save the day is countenancing an enormous number of additional Covid-19 deaths.

If we can come up with an antibody test that’s highly reliable and that shows that the antibodies are protective against reinfection, such individuals would receive bracelets that permanently stay green or turn to red only after a few months. This would reduce the requisite number of tests needed to return 96 percent of the population to normal life within four weeks. Indeed, we’d need roughly 5 million, not 6 million tests per week. As for antigen tests, they are, to my knowledge, less accurate than PCR tests. Nor, as I understand it, can antigen tests be done on a highly efficient group basis.

The issue is not getting to a reasonable number of tests in short order. The question, Drs. Fauci and Birx, is whether you are going to make proper use of those tests by testing everyone — the healthy as well as the sick. That means, to repeat, testing all households every week and providing negative household members with green turning-to-red bracelets or the electronic equivalent. This should be your, the President’s, and the governors’ sole game plan.