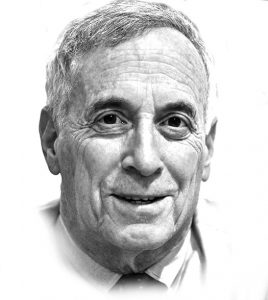 But a closer look suggests neither is true. Moreover, the business part of the tax plan promises to greatly expand investment in our economy, potentially raising wages by close to 8 percent. I say “potentially” because the plan may not pass as designed. Indeed, as I write, it’s not clear where the president stands on the details.

Tax reform is like designing a bridge. Get everything right and you’re golden. But use a gusset plate that’s too thin and the I-35W Mississippi Bridge collapses.

Engineers use math, physics and computers, and they still occasionally make mistakes. But things would be far worse were politicians to do our engineering. Fortunately, politicians know they aren’t engineers. Unfortunately, they think they are economists. Six decades of their inept, self-serving policymaking goes a long way to explaining our country’s economic malaise.

So, when I examined the “Better Way” tax plan, I was prepared to grimace. But the plan is actually extremely well designed, in part because its business-tax reform is very close to a proposal by Berkeley economist Alan Auerbach. Alan, like me, is apolitical. The House Republicans didn’t ask him for help. They just saw his plan and adopted it.

Alan and I go back to grad school. We developed the first large-scale computer-simulation model capable of studying how economies respond over time to tax reforms. Versions of our model are used by the Congressional Budget Office and the Joint Committee on Taxation to do dynamic scoring — measuring how the economy’s response to tax reform will affect revenues.

Over the past year, I’ve been working with a team of Russian and American economists to produce a global version of the Auerbach-Kotlikoff model. Since the tax plan is designed to draw investment back to the United States, it’s important to carefully model foreign economies and their tax policies. This latest and greatest version of the model predicts the 8 percent wage increase mentioned above if the tax-reform plan is implemented.

The reason the tax reform could boost the economy is that it would cut by roughly half the tax rate on the income corporations earn from investing domestically. The current U.S. rate, which appears to be among the world’s highest, serves primarily to drive investment out of the country. As a result, and thanks to loopholes, our corporate tax collects precious little revenue. Worse, workers see less demand for their services and earn lower wages.

Supply-side economics — the idea that you can cut tax rates and raise revenue — is generally far off base. Indeed, in our model, the only type of tax cut that can mostly pay for itself is a cut in the tax on business profits from domestic investments. The potential 8 percent wage increase could offset most, if not all, of the revenue losses associated with the House plan’s personal tax cuts.

Calling the “Better Way” plan progressive should sound surprising given that it includes a cut in the top personal income-tax rate from 39.6 to 33.0 percent. The reason goes back to the business-tax reform.

As any trained public-finance economist will tell you, the reform replaces our corporate-income tax with the combination of a value-added tax (VAT) and a wage subsidy. A VAT is an indirect way to levy a tax on consumption. Here’s the gist: A VAT taxes net business revenues (receipts less cost of goods) less investment. But net business revenues are paid out to workers and investors as income. Thus, a VAT is still an indirect tax on workers’ paychecks, since it affects how much they will earn.

But the tax plan is not just a VAT. It taxes business net income less investment less wages.

Effectively, the plan provides a wage subsidy by rewarding a company that pays more in wages with lower taxes. As a result, it ends up taxing workers, but also rebating that tax via a wage subsidy.

Whether they know it or not, House Republicans are proposing taxing the return on existing investments (wealth) and dramatically reducing the tax on the return of new investments, which should significantly raise wages. The big take-away: This is a reform Democrats can embrace — a reform, which again, was largely designed by a real economist.

This article was originally posted at The Seattle Times on April 30, 2017.