Almost alone among U.S. think tanks, the Goodman Institute has long supported allowing employees to own their own health insurance and to be able to take it with them from job to job. Thanks to the Trump administration, millions of workers will have that opportunity beginning this January. This is one of several health reforms proposed by Rep. Pete Sessions, Sen. Bill Cassidy and John Goodman that the Trump administration is implementing by executive authority. We are also proposing middle-income tax reforms that will be especially important to seniors, working couples and the self-employed.

The Tax Cuts Are Working 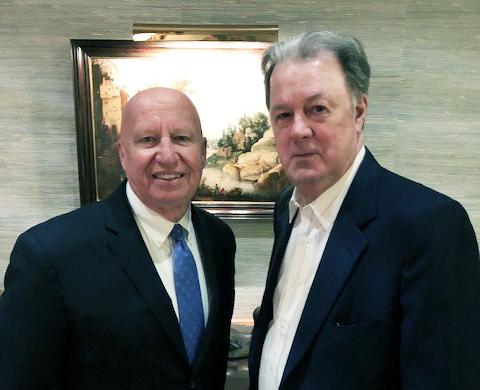 John Goodman with Kevin Brady, who as chairman of the House Ways and Means Committee championed tax reform.

Goodman Institute economists predicted that the tax reform legislation enacted in 2017 would boost average family income by $4,000. This is the number that has consistently been used by President Trump in touting the benefits of tax reform.  It turns out the actual number is better than that. Real disposable personal income per household has jumped $6,000 since the tax cuts became law.

The original Republican plan for corporate tax reform was the brainchild of economists Alan Auerbach and Laurence Kotlikoff, with support from the Goodman Institute. Most of what they proposed became law and the predicted benefits have materialized as well.

International modeling by Kotlikoff and his colleagues establishes two things: (1) corporate investment all over the world is highly sensitive to national tax rates and (2) the burden of corporate taxation is borne by labor. That means that the easiest way to boost worker incomes is to lower corporate income taxes.

Writing in the Wall Street Journal in December, Gary Cohn (former director of the National Economic Council) and Kevin Hassett (former chairman of the Council of Economic Advisors) explain that tax reform reduced the cost of investing in new plants and machinery by 10%. As a result, we have seen a 10% increase in capital spending.

More capital spending leads to increased productivity and higher wages. Workers who have benefited the most are at the bottom of the income ladder. For the bottom 10%, wages have increased by 7%. For workers without a high school diploma, the increase is 9%.

Cohn and Hassett write, “Those who say that the strong economy under President Trump is merely a continuation of past trends are in full-scale denial.”

Starting This Year: Personal and Portable Health Insurance Is Possible 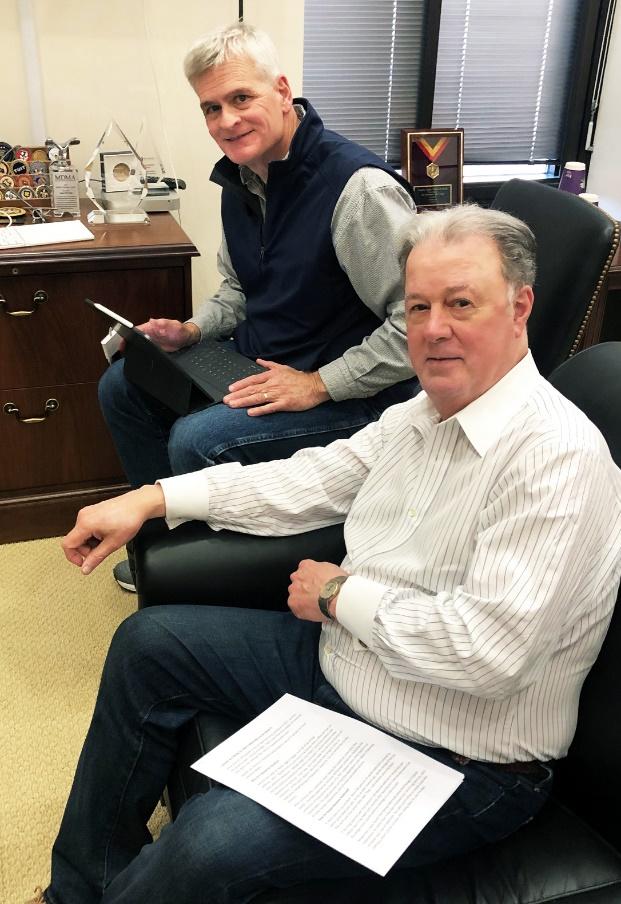 And it’s a big win for the Goodman Institute, which has promoted this idea in many forums – in editorials, in publications, in legislation and in advice to members of Congress.

As of January 1, 2020, employers are able to help employees obtain their own coverage with pre-tax dollars, thanks to an executive order by the Trump administration, which reverses an Obama administration prohibition.

In the last several years, the only Republican plan to reform Obamacare that included personal and portable insurance and health status insurance was a bill sponsored by former House Rules Committee chairman Pete Sessions and Sen. Bill Cassidy, with large input from John Goodman. Reforms endorsed by the Republican leadership consistently ignored this idea. Clearly the president is leading, while Congress follows or acquiesces. 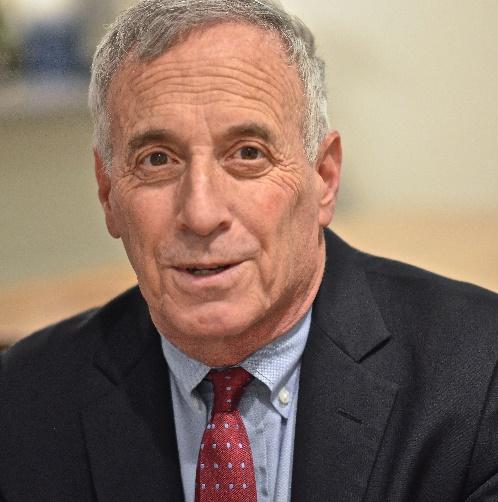 Warren economic advisors Emmanuel Saez and Gabriel Zucman of the University of California, Berkeley are drawing generous media attention for their assertion that the U.S. tax system is flat—that the middle class and poor pay as great a share of their income in taxes as the rich. They’re wrong.

Thus, far from being flat, the net tax rate facing middle-age Americans rises rapidly with their resources—from negative 46.4% for the bottom 20% to positive 34.5% for the top 1%.

Goodman Institute economists are encouraging Congress to focus on the taxes that are the most unfair, the most anti-work, the most anti-saving and whose removal would be most impactful. Here are five examples of needed reform. 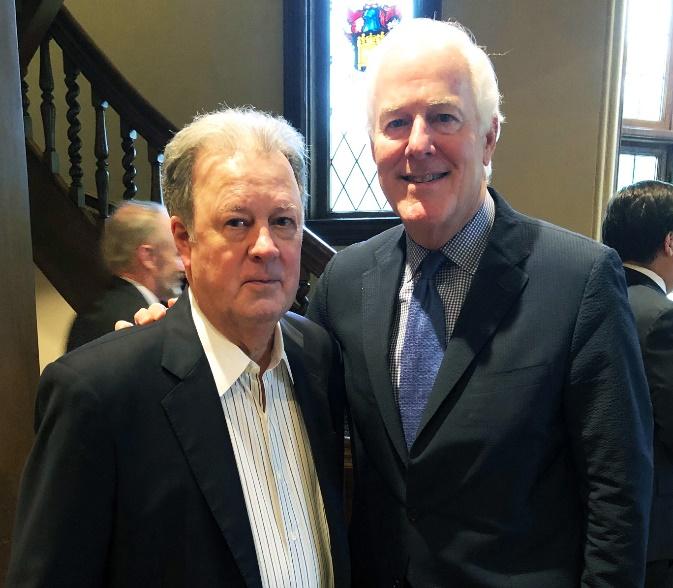 Abolish the Social Security Benefits Tax on Non-Social Security Income. Because of this tax, seniors can pay almost double the tax everyone else pays on pension income and IRA withdrawals and significantly higher taxes on capital gains and dividend income. They also pay taxes on “tax exempt” securities that no one else has to pay.

Stop Forcing Seniors to Withdraw Their Savings. Funds in IRAs, 401(k)s and other tax-sheltered accounts are a source of capital that spurs investment, creates jobs and produces higher wages for workers. Why would we want to force seniors to take this money out of the capital market, give part of it to the federal government, and probably consume whatever is left?

Allow Two-Earner Couples to Choose Between Employee Benefits and Wages. Two-earner couples often work for employers who offer duplicate benefits. In fact, Obamacare requires most employers to offer health insurance. Workers covered by a spouse benefit should be able to negotiate higher wages if they turn down their employer’s offer. Right now, the income tax law won’t allow that.

Allow the Self-Employed to Have the Same Tax Advantages as Employees. Independent contractors (e.g., Uber drivers) and owners of home-based businesses (most of whom are women) are discriminated against under current tax law. They do not get the same tax relief when they purchase health insurance, save for retirement, pay for day care or pursue other “employee benefits.” 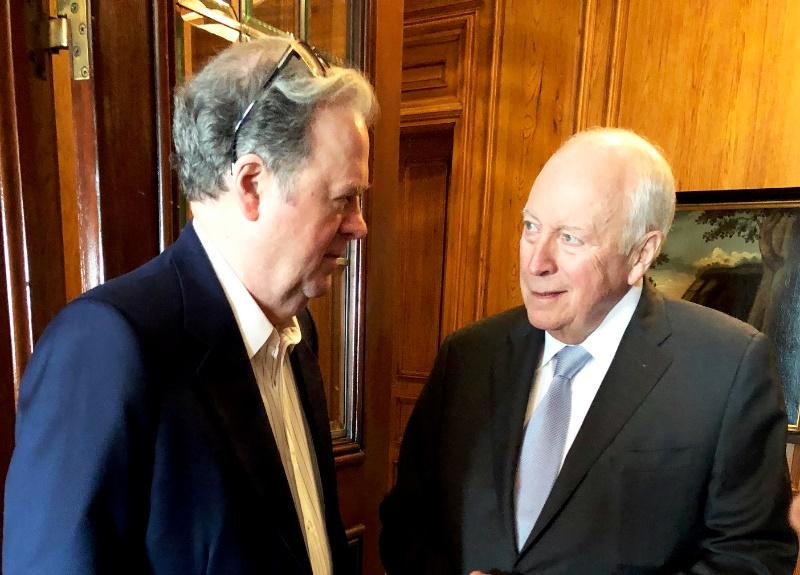 Prof. Kotlikoff has calculated the U.S. government’s unfunded liability (spending commitments minus expected tax revenues), looking indefinitely into the future. Brace yourself. The number is ten times the size of our GDP. Eliminating our current fiscal gap requires either a 50% immediate and permanent hike in all federal taxes or a 33% immediate and permanent cut in all federal outlays apart from debt service. The longer we wait, the larger the requisite tax hike or spending cut increases.

Are Some Drug Prices Too Low?

When people think about drug pricing in the United States, they tend to think of the sky-high prices of some newer drugs. High prices do cause real problems. But Goodman Institute senior fellows David Henderson and Charles Hooper find that some patients are going without needed drugs because prices are too low.

The result: Inferior quality and unreliable supply. Currently, between 114 and 260 drugs are unavailable or in short supply. Many of the medical conditions they are needed for are life threatening. 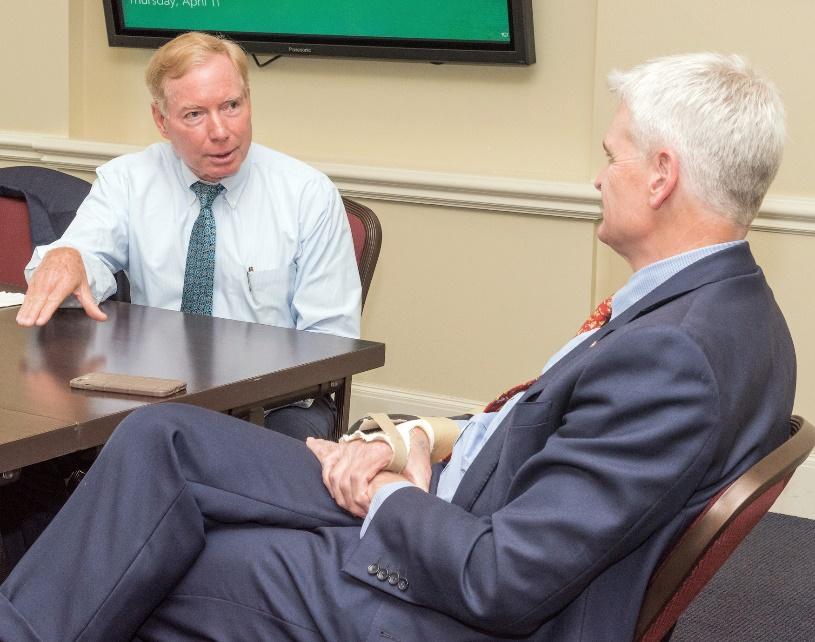 Opioid Addiction Can Be Cured

In a new Brief Analysis, Goodman Institute board of director Larry Wedekind writes: The treatment of choice, almost everywhere, is called Medication Assisted Treatment (M.A.T.) and it involves substitute drugs. But it has an 80% failure rate. There is a treatment that involves microcurrent neurofeedback and a recovery support team. It costs one-fifth as much and has a high probability of success. What the Trump administration can do: create CPT (payment) codes for this new method of treatment. What Congress can do: reform the Obamacare exchanges.

Prof. Kotlikoff had an active speaking schedule in Europe in the fall. He gave two lectures at the Toulouse School of Economics in France and two at the Bank of Italy in Rome. He also made presentations to the Ministry of Finance in Norway, at Corvinus University in Budapest, at the University of Zurich, at Oxford University and at Imperial College in London.

Nan Hayworth continues to appear on Fox News. Devon Herrick is coauthoring a study with John Goodman for the Heritage Foundation. Jane Shaw Stroup is blog manager for the Goodman Institute’s Liberty, Ecology and Prosperity blog.

Larry Wedekind has made numerous presentations on how to cure opioid addiction.