The Washington Post just named its top 11 vice presidential picks for Joe Biden. They’re all women, and they’re all Democrats. Each is reasonable, intelligent, articulate and brilliant. Each deeply respects the Constitution. Each, therefore, is far more qualified than President Trump to lead our country.

But given the ongoing, enormous national protests of George Floyd’s horrific killing by a white policeman and his complicit associates, Biden should and most likely will choose a black running mate. It’s not just the times; it’s the politics. Had as many black voters turned out for Hillary Clinton as did for President Obama, Secretary Clinton would now be president and our long national nightmare with President Trump would never have begun. 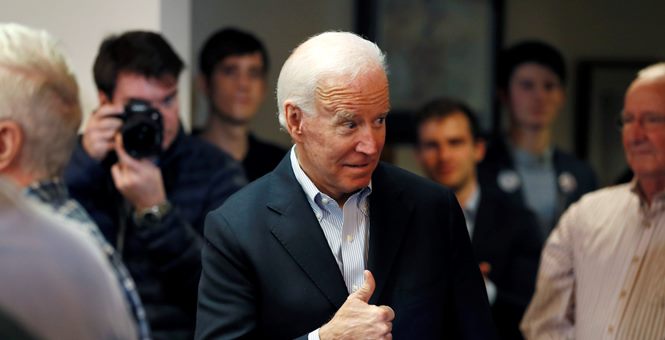 Nor do any except Harris have the gravitas one looks for in a vice president, particularly one with a decent chance, given Biden’s age, of becoming president. Yet, for all of her talents, experience and brilliance, Harris does not appeal to the public, even the Democratic part of the public. That is why she failed to make it far in the presidential primaries.

Harris seemed unable to provide new answers to our country’s deep problems or even clearly articulate what those problems are. Sen. Bernie Sanders (I-Vt.) had second-rate solutions, but at least they were solutions. Harris and the other candidates, including Biden, said largely what people wanted to hear, not what they needed to hear.

This may sound supercilious and condescending. But when I ran for president in 2016 as a registered write-in candidate, I did so after spending six months coming up with economically sound, novel solutions to the problems I see as an economist, most of which went completely ignored in the primary.

I desperately wanted someone to say: “Here’s how we fix our thoroughly bankrupt fiscal system. Here’s why the poor can’t escape poverty. They face astronomical taxes and loss of benefits for doing so. Here’s how to fix the banks for good, not let them live to die another day. Here’s how to provide uniform national education at all grade levels. Here’s how to fix Social Security, which has a $38 trillion unfunded liability.” And the list goes on.

In short, as an independent, I wanted to hear substance, not talking points. I don’t expect to hear much concrete from Biden in the coming campaign. His main message is that he’s not Donald Trump. That will carry the day for Democrats, regardless of their race or ethnicity.

But most independents are looking for more than someone on the left with a running mate who is even further to the left. They believe that our real problems don’t merit right- or left-wing answers. They deserve intelligent, first-best answers. In addition, they realize that Biden’s veep will need to be ready to immediately step into the president’s shoes given that Biden would be our nation’s oldest president.

The best candidate is clearly Condoleezza Rice. As a black woman, she can help bring our country together.

She’s a Republican, but she’s no ideologue. Consequently, she will instantly appeal to independents across the nation. Her selection would constitute a unity ticket and deprive President Trump not only of most votes in the middle, but millions of votes on the right.

What everyone will immediately recognize in Secretary Rice is that she can, as needed, run the country. This isn’t simply due to her knowledge of foreign affairs, her deep experience with matters of national security and her close relationships with former and current world’s top leaders. It’s also because of her experience outside of government.

Rice successfully ran one of our nation’s largest and most important private enterprises, namely Stanford University, in her capacity as provost. And unlike many of the contenders to be Biden’s running mate, Rice has the gravitas needed to step in and take over as president at a particularly perilous time for our country.